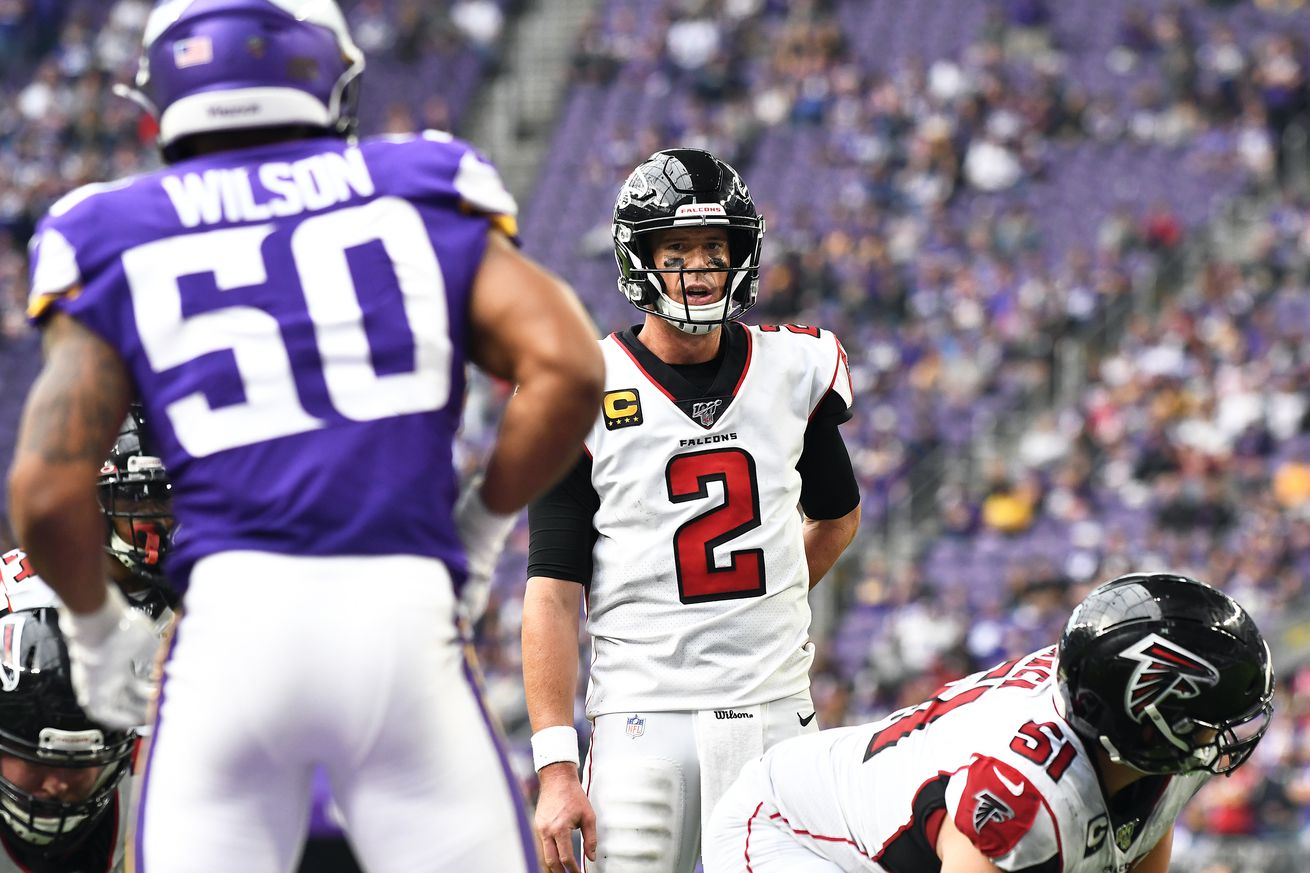 There is no confidence in the Atlanta Football Team right now.

With the 2020 NFL season now entering Week 6, we’re continuing our new weekly bit where some of the staff here at Canal Street Chronicles tries to pick winners and losers for every NFL game each week.

In Week 5, there were plenty of upsets and surprises across the league, but at least one thing is consistent: the Atlanta Falcons continue to underwhelm in 2020. While a few of the CSC staff thought the Falcons might beat Teddy Bridgewater’s Carolina Panthers to get Atlanta’s first win of the season, of course the Falcons were going to “Failcon” and continue their winless season.

This week, no one is giving the Falcons the benefit of the doubt after firing their head coach, Dan Quinn, and general manager, Thomas Dimitroff, after the season’s 0-5 start. Other unanimous picks this week include the Lions over the Jaguars, Ravens over the Eagles, and Rams over 49ers.

We have another guest making picks with us this week, and this time it’s none other than SB Nation’s Jeanna Kelley, the best Saints Twitter troll out there, formerly with The Falcoholic. Here are Jeanna’s picks:

Even Jeanna doesn’t think her Falcons are able to get their first win of 2020.

Check back next week as we continue our weekly selections. Special shoutout to Jeanna Kelley for joining us this week. Make sure you’re following Barbie on Twitter @TheBarbieBlank and Instagram @TheBarbieBlank. You can also get a special personalized video shoutout from her on her Cameo page here.