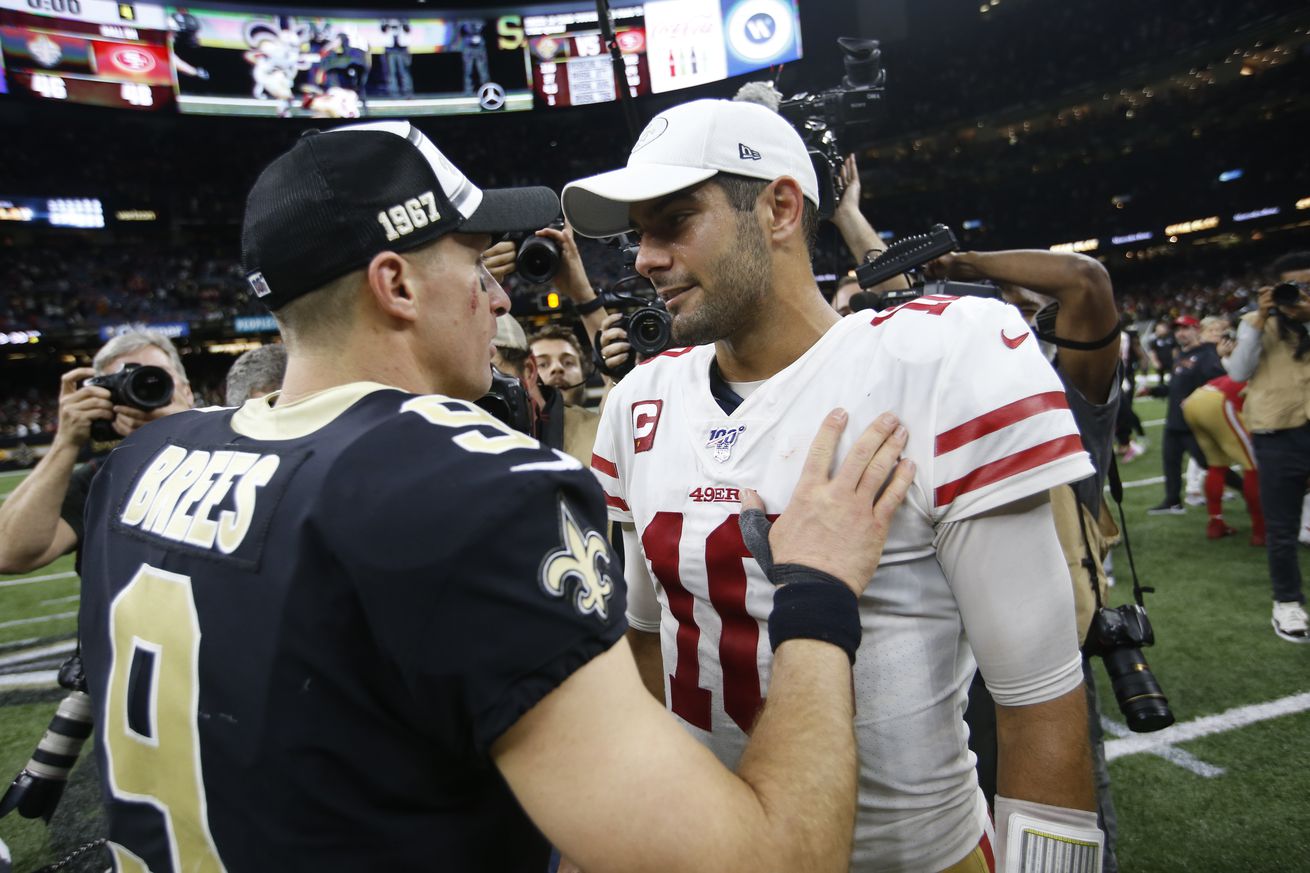 But the Bucs aren’t too far behind.

With the 2020 NFL season now entering Week 10, we’re continuing our new weekly bit where some of the staff here at Canal Street Chronicles tries to pick winners and losers for every NFL game each week.

In Week 9, there were plenty of upsets and surprises across the league, but at least one thing is consistent: the NFC South is not predictable. Most of the national media, including most of the CSC staff, fully expected the New Orleans Saints to split the season series with the Tampa Bay Buccaneers, but the Saints proved all of the doubters wrong, trouncing Tom Brady’s Buccaneers, 38-3. This week, the staff isn’t making the same mistake, with everyone expecting the Saints to take care of business against the San Francisco 49ers.

Sticking within the NFC South, the Atlanta Falcons are on their bye week, but most of the staff still believes in the Buccaneers, picking Tampa Bay to beat Teddy Bridgewater’s Carolina Panthers.

We have another guest making picks with us this week, and this week it’s former New Orleans Saints Linebacker Nate Stupar. Here are Nate’s picks:

Even Nate believes in his former team to take care of the reigning NFC Champions.

Check back next week as we continue our weekly selections. Special shoutout to Nate Stupar for joining us this week. Make sure you check out the great work Nate and his wife Marissa are doing with their State of Hope Foundation. The Foundation’s goal is “to provide children of low income families, single parents, and other less fortunate situations with positive life experiences that they may not be able to obtain otherwise.” If you can find it in your hearts and wallets to make a donation, you can do so by clicking here.