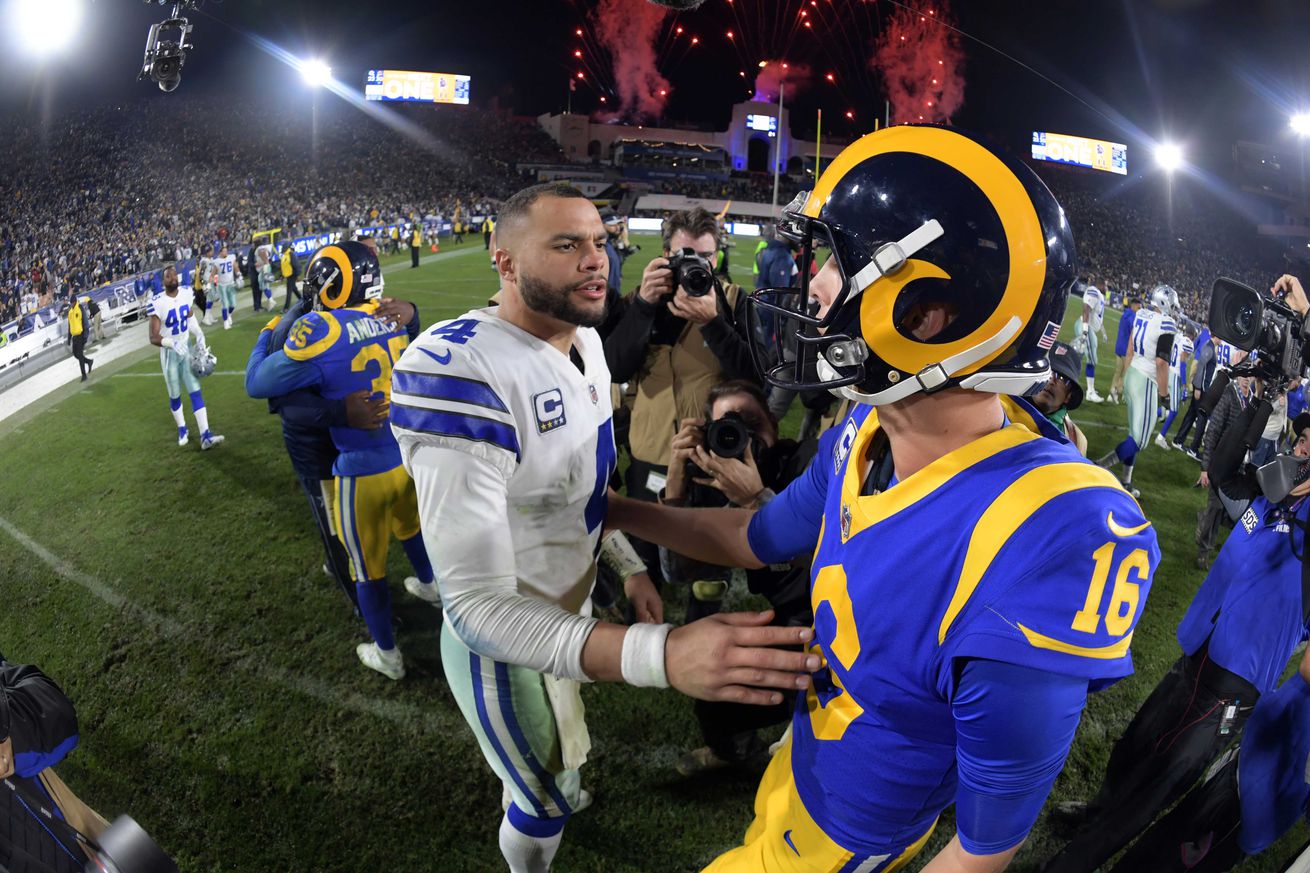 The first Sunday Night game of the season is about to begin from the self-proclaimed “City of Champions”. Join us here to discuss the game!

The Los Angeles Rams host the Dallas Cowboys in tonight’s Sunday Night Football season opener from Inglewood. SoFi Stadium makes its long-awaited debut tonight, fittingly hosting Jerry Jone, who not only boasted the NFL’s fanciest showpiece stadium with JerryWorld but who also made this new palace possible. Can Dallas live up to their lofty aspirations with an opening win? Will the Rams open their shiny new stadium with a win or start the new era in Los Angeles with another dud? Let’s tune in and find out!

Enjoy the game with the CSC family and join the thread below!