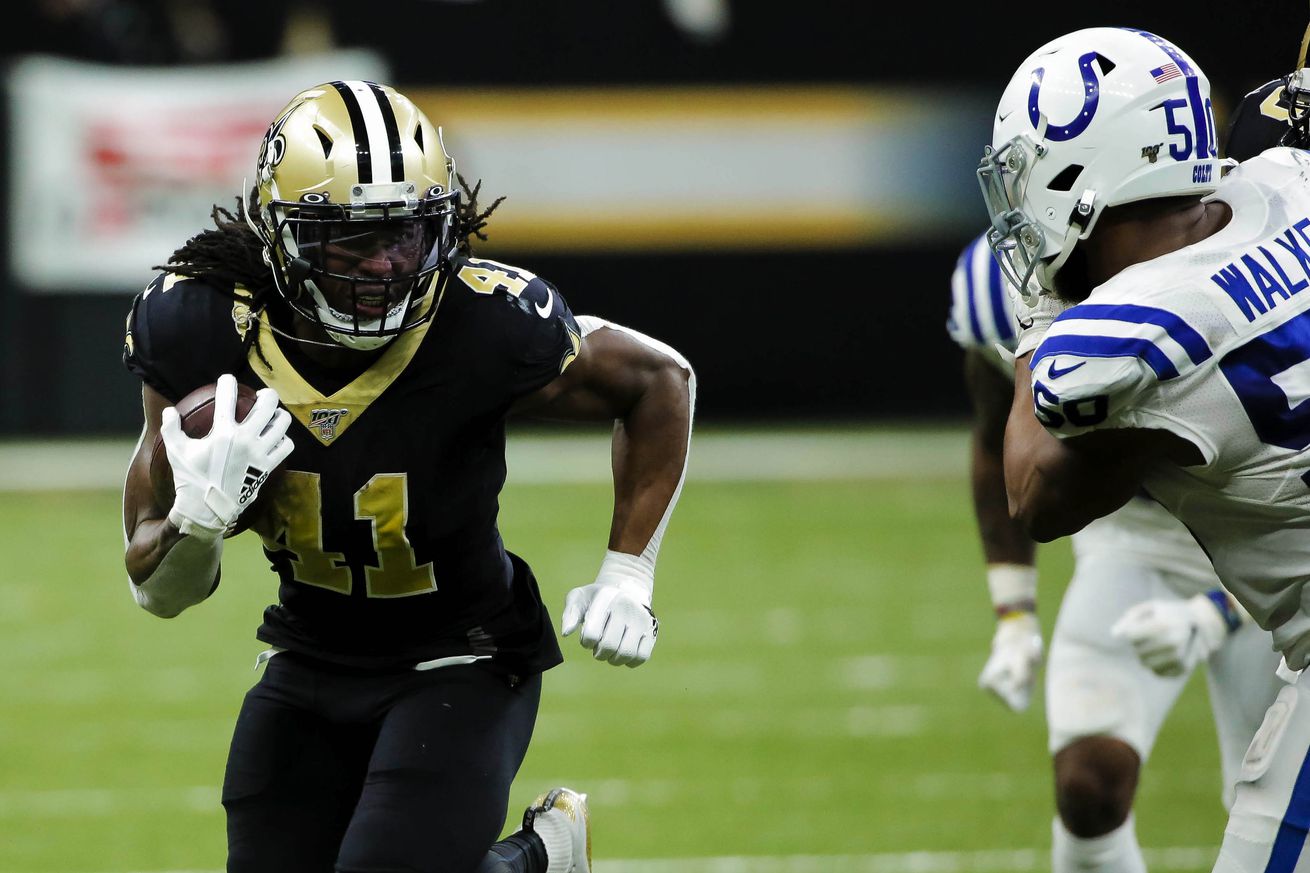 We take a look at some reasons why the New Orleans Saints may not want to extend running back Alvin Kamara.

The New Orleans Saints have an incredibly tough decision to make when it comes to the contract situation of running back Alvin Kamara.

Since being drafted by the team in the third-round of the 2017 NFL Draft, the running back has made the Pro Bowl three times, and has been one of the most prolific pass-catchers of any backfield in the league. As such, it is expected that he will be looking to secure big money at the negotiation table. That is where the problem lies though.

Kamara will most likely pursue a market-altering extension from the Saints. A contract that will pay him in the same ballpark as the $15 million that the Dallas Cowboys are paying Ezekiel Elliott every year.

But should New Orleans take such a huge risk on Kamara? The recent history of big-money running back contract extensions suggest that they should steer clear of such actions.

Just a couple of years back, the Los Angeles Rams made Todd Gurley the highest-paid running back in the league by giving him a four-year, $60-million contract extension after he won the Offensive Player of the Year award. Knee issues over the next couple of years meant that Gurley’s productivity continued to fall to the point where they decided to release him.

The Arizona Cardinals also found themselves in a similar situation after giving a three-year, $39 million extension to David Johnson. The running back finished last season with just 715 all-purpose yards and 6 touchdowns. He was clearly just a shell of the player that Cardinals had banked big money on and was traded to the Texans in early March as part of the deal for wide receiver DeAndre Hopkins .

Kamara’s productivity already fell last season as he struggled with an ankle and knee injury. New Orleans will be taking a substantial risk if they decide to give him a big money contract extension. The fact that backup running back Latavius Murray thrived last season in Kamara’s absence is just another reason why they should reevaluate tying up significant money in the position.