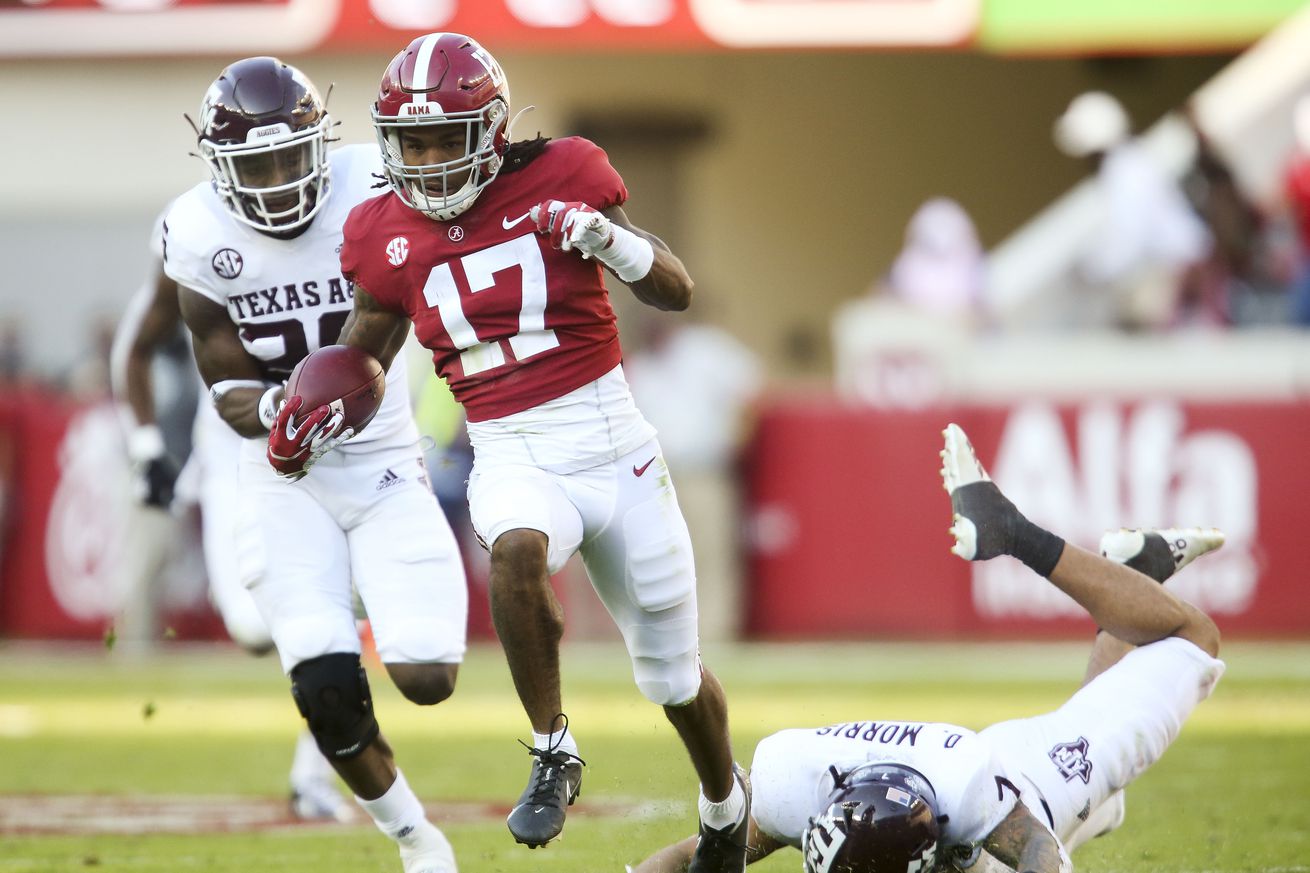 College football never fails to bring the excitement. Week 6 featured a 53-45 Oklahoma upset over No. 22 Texas in a thrilling four-overtime game. No. 8 UNC hung on to beat No. 19 Virginia Tech 56-45 in another high-scoring affair.

With Week 6 in the books, here are five more prospects to watch this weekend.

If there’s any Week 7 matchup that is must-see TV, it’s No. 2 Alabama against No. 3 Georgia. Both teams have gotten off to a 3-0 start and are full of talent on both sides of the ball.

One player that has stood out for the Bulldogs is Stokes. He has come up with an interception in all but one of Georgia’s three games this season including a pick-six. Stokes also recorded three tackles, two pass breakups and one quarterback pressure.

Stokes’ stats may not jump out at you aside from the interceptions, but that’s because he has locked up virtually every receiver he’s been matched against. This week will be a huge test for him when he goes up against future pros DeVonta Smith and Jaylen Waddle.

Stokes will look to do whatever it takes to slow the Crimson Tide offense down and keep the Bulldogs rolling.

Basham Jr.’s production has increased every year that he’s been at Wake Forest. He recorded 64 tackles and 4.5 sacks as a sophomore in 2018, but his junior season was where he really broke out.

Basham Jr. finished 2019 with 57 tackles, 18 for loss, 10 sacks, three passes broken up and three forced fumbles. The senior has followed that up with 11 tackles and three sacks in three games.

Basham Jr. currently holds the longest active streak in the nation of 21 consecutive games with a tackle for a loss and is the only player with a streak longer than 12 games. He’ll try to disrupt Virginia’s offense on Saturday as Wake Forest looks to pick up their first conference win.

Barmore was named to the Freshman All-SEC team in a 2019 campaign that featured 26 tackles, six for loss, two sacks, five quarterback pressures and two pass breakups. He was mainly used in reserve but proved he can be disruptive up front.

Barmore sat out of Alabama’s season opener against Missouri due to a knee injury suffered during a fall camp scrimmage but returned against Texas A&M off the bench. The redshirt sophomore returned to form against Ole Miss with three tackles, one sack and one quarterback pressure.

Barmore will get his opportunity in the spotlight as a starter when the Crimson Tide faces No. 3 Georgia on Saturday night.

Etienne entered 2020 as one of two FBS players since 2000 to average over seven yards per carry on at least 100 carries in three separate seasons. He has continued his dominance this season, rushing for 392 yards and four touchdowns through four games.

Etienne broke the school’s career 100-yard rushing game record against Wake Forest when he carried the ball 17 times for 102 yards and a touchdown. He has also shown to be efficient in the passing game, hauling in 17 passes for 245 yards and one touchdown.

The No. 1 ranked running back in the 2021 NFL Draft, Etienne is a top talent that could find himself being selected near the end of the first round.

Grant first put himself on the NFL radar in 2018 when he led the team in total tackles (108) and interceptions (6). He also forced two fumbles while recovering one.

Grant finished his junior season with 78 total tackles, four for loss, eight pass breakups, one forced fumble and one interception. He was named to the first-team All-AAC in back-to-back seasons.

Grant has recorded 21 tackles and two interceptions through three games in 2020. He can cover the slot and has great pursuit. He will look to help keep Memphis’ offense at bay in a must-win matchup for UCF on Saturday.