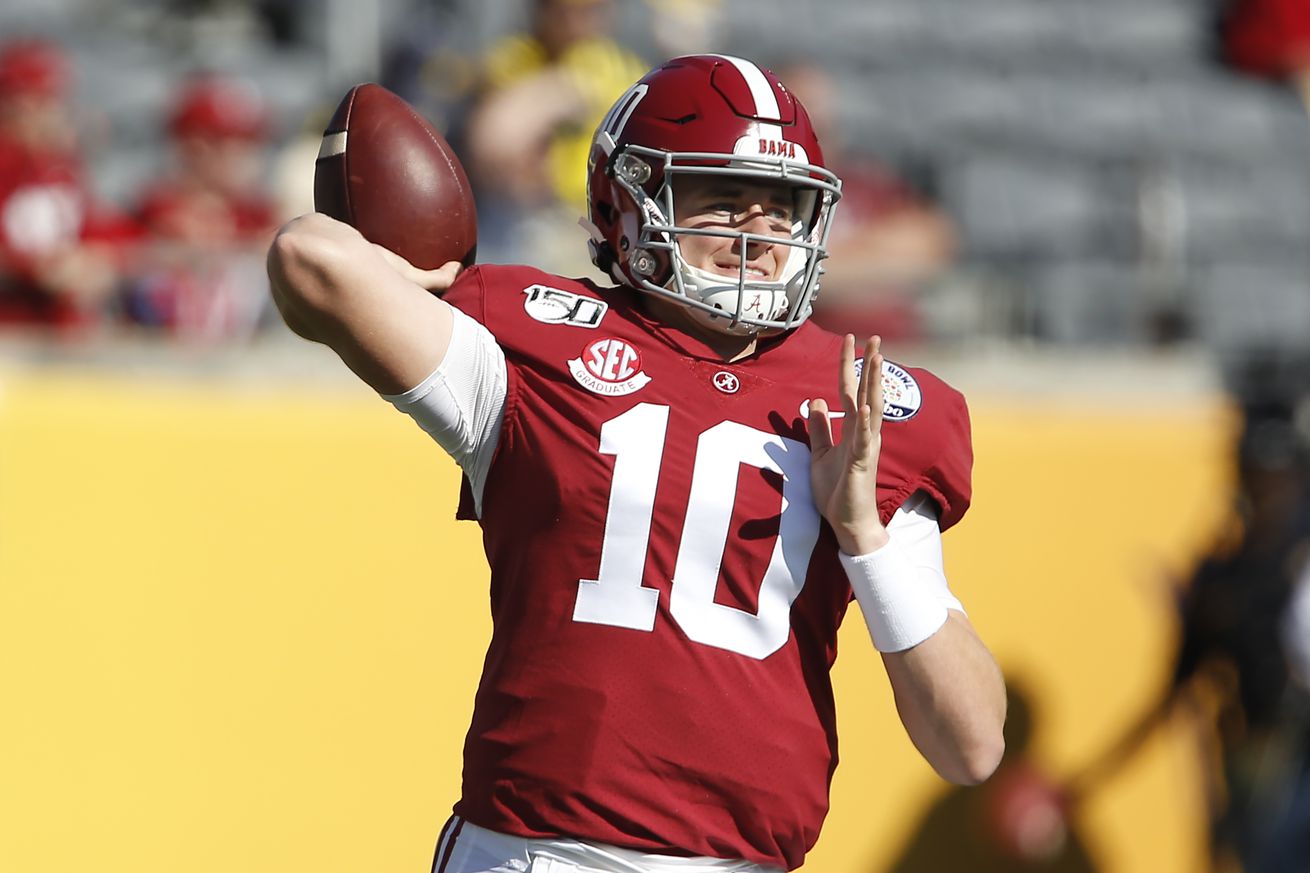 SEC football is back!

With the 2020 college football season underway, players are fighting to make names for themselves to achieve their dream of playing in the NFL. We see this type of talent across the country week in and week out, but here are five college prospects to keep a close eye on in Saturday’s games.

One of the biggest storylines this offseason was how the Purple and Gold would do following their historic national championship run. After arguably the greatest individual season by a college quarterback, Joe Burrow passes the torch to redshirt junior Myles Brennan.

Life might be rough for Brennan initially, as LSU saw all but one of their starting offensive linemen head for the NFL via the draft or free agency. A total of nine offensive starters from last year’s team were lost.

Brennan will have to rely on junior Terrace Marshall Jr. and senior Racey McMath at receiver and freshman Arik Gilbert, who was the highest ranked tight end in 247Sports history.

An early Heisman trophy favorite, Brennan will have all eyes on him when the Tigers host the Mississippi State Bulldogs on Saturday afternoon.

Another Heisman candidate, Jones was named the starter this week over five-star freshman Bryce Young. Jones started under center in four games for an injured Tua Tagovailoa in 2019, throwing for 10.7 yards per attempt with 14 touchdown passes and 3 interceptions.

Jones led Alabama to a 3-1 record in those games, and his 92.7 QBR from Oct. 25 on trailed only LSU quarterback and Heisman trophy winner Joe Burrow for second-highest in the nation.

Jones will have plenty of weapons at his disposal, as receivers DeVonta Smith and Jaylen Waddle return along with running back Najee Harris. If Jones can come close to his efficiency from last season, the Crimson Tide will be poised to make another title run in 2020.

Pitt has gotten off to a hot start with wins against Austin Peay and Syracuse to secure a spot in the Associated Press Top 25 Poll. Ford has recorded an interception in each of the team’s two games thus far and is looking to make some more impact when the No. 21 Panthers host the No. 24 Louisville Cardinals on Saturday morning.

A redshirt junior, Ford has been on NFL scouts’ radar since last season when he led Pitt in tackles (97) and interceptions (3). He also finished second in pass breakups (11) and forced fumbles (3).

Ford’s dominant production could help the Panthers start the season 3-0 and also continue to raise his draft stock.

A 2018 Biletnikoff Award Finalist, Wallace returned for his senior season at OSU. He currently ranks 3rd among active FBS players with 2,512 career receiving yards and 2nd in career receiving touchdowns with 20.

In the last two seasons, Wallace reached the century mark in 11 different games. He was named to the All-Big 12 second-team in 2019 after recording 903 through eight games before an ACL tear suffered at practice kept him out for the remainder of the season.

Wallace caught 4 passes for 99 yards in the Cowboys’ 16-7 win over Tulsa last week. Wallace will look to pace OSU’s receiving corps once again when they host the West Virginia Mountaineers on Saturday afternoon.

Arguably the best interior defender in the nation, Wilson racked up 44 tackles, 8.5 for loss and a team-high 5 sacks in 2019 before suffering a hand injury against Miami that sidelined him for the rest of the season.

FSU will face the No. 12 Hurricanes once again on Saturday night. The Hurricanes offense looked electric in their two wins against UAB and Louisville, putting up nearly 1,000 combined yards and 78 points.

Wilson is a player that can singlehandedly disrupt an offense like Miami’s. At 6 foot 5 inches and 305 pounds, he has the ability to overpower offensive linemen and keep games within reach. Wilson’s play could earn him a top-10 selection in the 2021 NFL Draft.