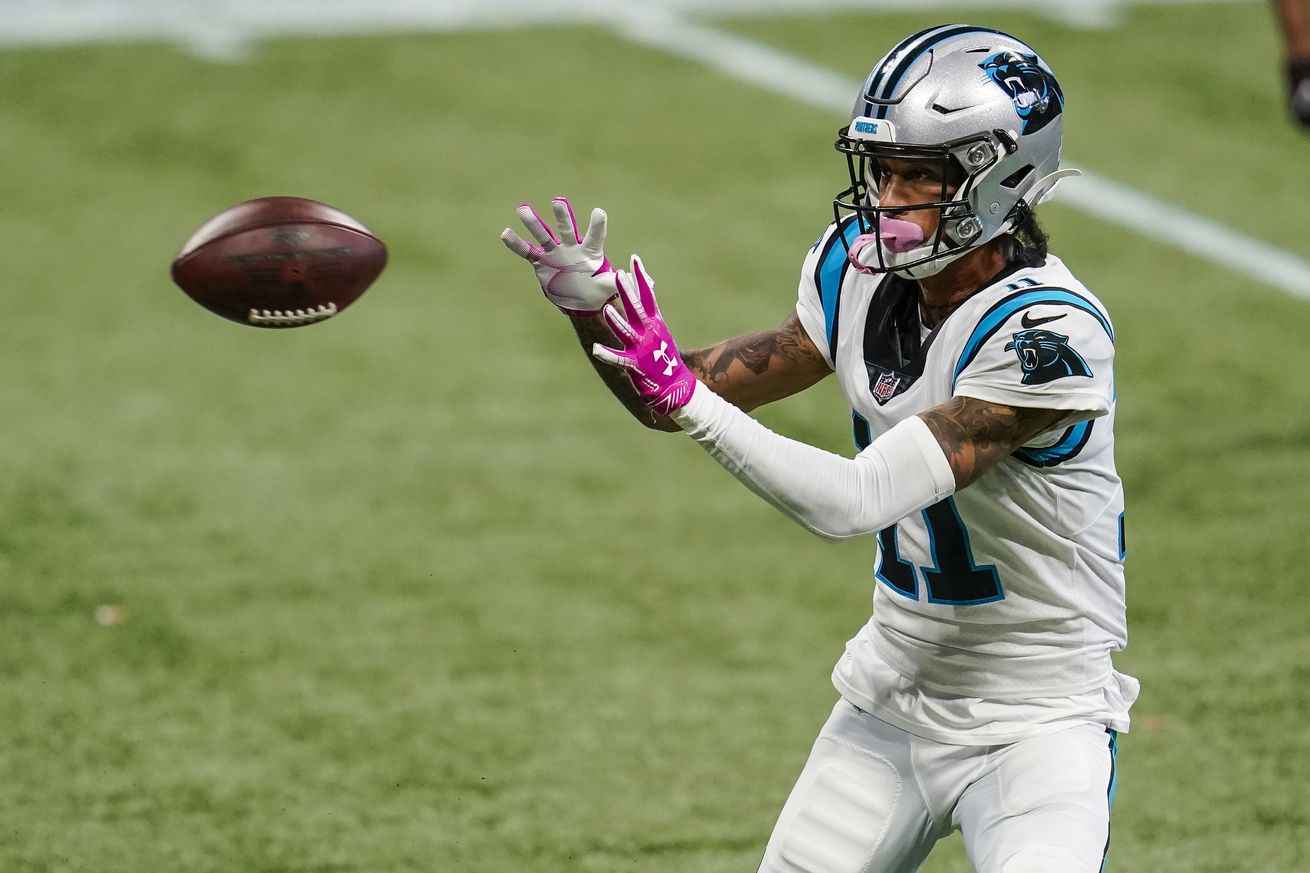 How do the sleeper Carolina Panthers team stack up against the New Orleans Saints arsenal? Let’s find out.

The battle tested New Orleans Saints squad will be at home against the red hot Carolina Panthers this weekend. This game is full of premier profiles and it’s bound to be a classic battle royal between divisional foes.

Of course the Saints boast Drew Brees and Alvin Kamara. Although, they have a new weapon for Sean Payton’s orchestra-Emmanuel Sanders. Sanders has began to fit in well with his most recent, career best, 12 receptions in Week 5.

On the Panthers side, no Christian McCaffrey, no problem. Carolina quarterback, Teddy Bridgewater, has been stout to say the least. However, the real weapon has been Robby Anderson. His third overall ranking in position yards this season has been key to their success and it’s been a pleasant surprise for fantasy owners.

All in all, let’s take a closer look at the key positional units in these NFC powerhouses that are competing for first place in the NFC South:

The man of the hour: Robby Anderson. Anderson has lit up opposing defenses this year. Anderson and fellow NFC South wide receiver, Calvin Ridley have by far the best matchups this year, as they’re just the number two wideouts on their on team.

Anderson has been lethal with 36 recperions for 489 yards and 1 touchdown in five games this year. He will be taking his act up against Patrick Robinson, the Saints number two corner. Robinson had one interception in his first start against Detroit, followed by a game to forget in the Monday Night Football header. He left Mike Williams run free down the sideline and score a 64-yard touchdown strike.

If Anderson has his way with Patrick Robinson, it will be a long night. Anderson is better than any wideout the slot corner- Robinson has faced on the outside in a long time.

The Saints best pass rusher, Trey Hendrickson, will be the key to upset Teddy Bridgewater’s day. Hendrickson has been by far the best surprise in 2020. Especially with the injury to Marcus Davenport, Hendrickson’s play has been crucial. Hendrickson has 4.5 sacks, which places him tied for fourth in the league with T.J. Watt.

Hendrickson is coming off a career game with 1.5 sacks on Monday night. When Hendrickson does well, the Saints typically do well. He saves the pass defense and that helps Drew Brees save his arm a little on offense. The Panthers left tackle will have his hands full against the unsung hero, Trey Hendrickson.

The Saints have been by far the worst team against opposing tight ends in the league thus far. If there’s a positive category for tight end production, New Orleans is last against it. I’m not sure if the loss of linebackers coach, Mike Nolan was at fault, but the Saints linebackers/safeties/corners, can not handle a tight end. Especially in the red zone.

The most beneficial thing for the Saints defense and Dennis Allen’s job security, has to be that the Panthers don’t get a lot out of their tight end. The Panthers tight end, Ian Thomas, isn’t a household name and he only has six receptions on the year thus far. Nonetheless, the Saints don’t have an answer for tight end routes in the end zone, half of the time.

Robby Anderson will likely make a few splash plays in this contest, the Saints can’t allow another average tight end to look like George Kittle. Period.