Things didn’t go quite as planned for Cameron Jordan on Sunday. He was ejected late in the New Orleans Saints’ game with the Kansas City Chiefs for throwing a punch at an opponent, which he still says wasn’t intentional, though he’ll be quick to add was a mistake he can’t afford to make.

But things have a funny way of working out. Jordan’s wife Nikki went into labor just before kickoff, so Jordan’s ejection gave him a head start on rushing to the hospital to be with her and welcome their third child:

Jordan relayed the sequence of events to NFL Network’s Jane Slater on Tuesday, saying: “My wife had her water break pregame, then I get ejected for a punch that wasn’t intentional 70 plays or so into the game — still marinating on that — and my daughter Chanel Jordan was born two hours later.”

Talk about a roller coaster ride, going from a frustrating disqualification in a huge game to a new addition to the family. The Jordans are tight-knit, having traveled together to see Cam’s father Steve inducted to the Minnesota Vikings Ring of Honor last season. In other years, their son Tank is usually dominating other players’ children in two-hand touch games on the sidelines.

But they’ve struggled like many other families amid the COVID-19 pandemic; Jordan has talked before about his decision to sleep in separate rooms after Saints games until clearing testing protocol. Here’s hoping for more happy days ahead for him and his growing family.

Cameron Jordan after ejection vs. Chiefs: ‘Whatever the correction I will be better’ 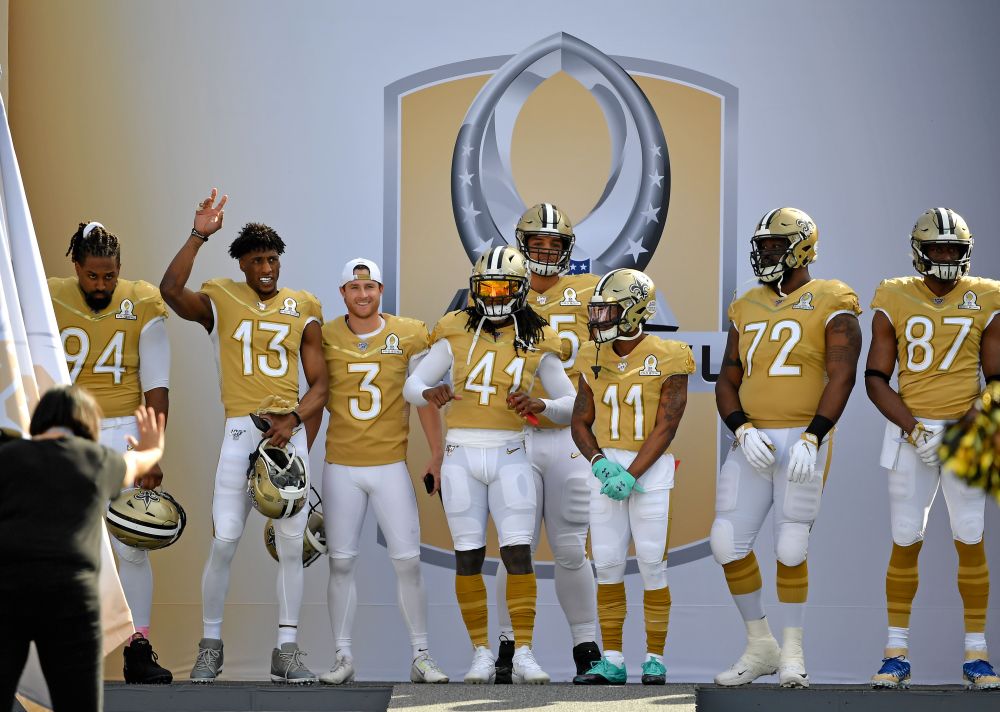