So, this might be a mismatch: the Las Vegas Raiders are preparing to start reserve guard Denzelle Good at right tackle against the New Orleans Saints, with both the starter (Trent Brown) and backup (Sam Young) doubtful to suit up because of injuries. That puts Good against All-Pro Saints defensive end Cameron Jordan.

Sure, the situation could change in the time before kickoff; Good normally plays guard, not tackle, but was pressed into action last week when the nominal next-man-up (third-year pro Brandon Parker) was inactive. Parker could get a look instead, but the Raiders were encouraged by Good’s performance against the Carolina Panthers.

“Denzelle has played a lot of football,” Raiders offensive coordinator Greg Olson told Raiders Wire. “He’s played football at a high level, not only here, but in Indianapolis as well. We have high expectations for him, and he has high expectations himself. You certainly hate to lose your starter, it’s not ideal. Hate to lose a backup to him, it’s certainly not ideal, but again they’ll rise to the challenge.”

Good has appeared in 47 games (28 starts) in his NFL career, predominately at the right guard spot. He did play well at Carolina and didn’t allow a sack, but he wasn’t exactly facing a bunch of world-beaters there.

Now Good is slated to face a five-time Pro Bowler coming off a career year. Jordan typically rushes from the left end spot against right tackles, and he’ll be a sky-high challenge for Good to contain. He bagged a personal-best 15.5 sacks last season and was one of three Saints players to take down Tom Brady in Week 1 (backup defensive ends Trey Hendrickson and Carl Granderson also recorded sacks).

We’ll see how it turns out on “Monday Night Football” when the Saints and Raiders kick off at Allegiant Stadium. But this is a battle Jordan has to feel confident he can win. 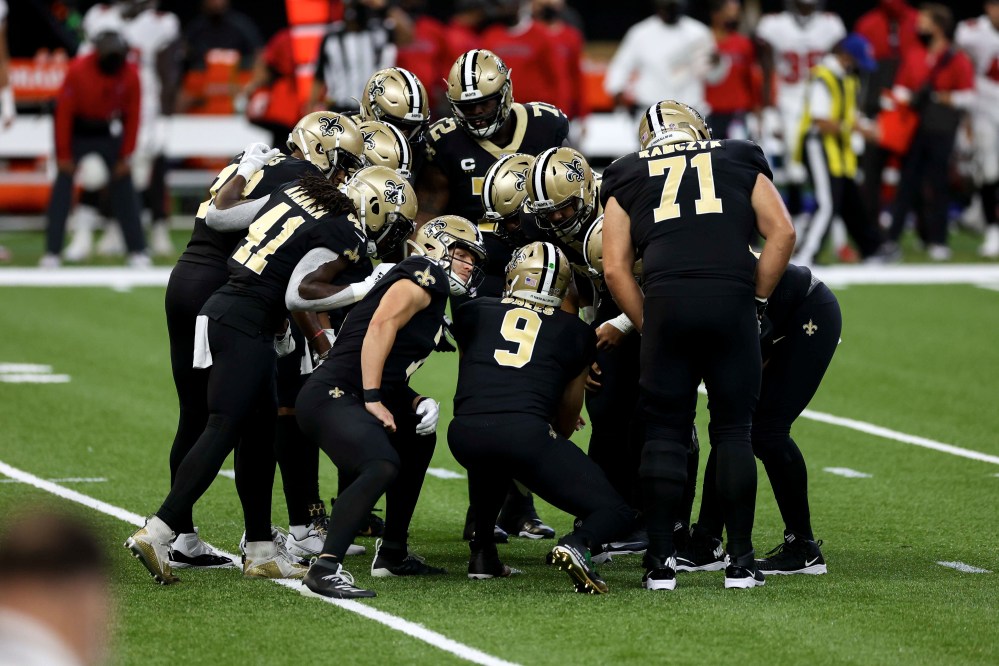