“I’m officially the shortest DE in the locker room at 6’4″. I’m upset about it.”

Cameron Jordan stepped outside for practice one day and found that something was blocking the sun. He looked up, and up, and up before spotting the cause — one of his New Orleans Saints teammates, looming above him.

“I’m officially the shortest defensive end in the locker room at 6-4,” Jordan chuckled to NFL Network’s Brian Baldinger, reclining in a refrigerated trailer after practice. “I’m upset about it.”

Jordan pointed to the offseason’s additions — Tanoh Kpassagnon, who stands nearly 6-foot-7 and Payton Turner, who is a hair taller than the 6-foot-6 Marcus Davenport — as quality pickups who change the unit’s profile. Last year saw Trey Hendrickson make a big impact at 6-foot-4 and 270 pounds, but he’s been replaced by those towering figures. Hendrickson’s former backup Carl Granderston stands 6-foot-5.

The Saints have a type: tall, long-armed defensive ends who can use their size to hold up in run defense. Granderson was the lightest member of the group and even he has bulked up to 277 pounds. It makes sense to double down on heavier, stronger edge players considering the hits New Orleans took along the defensive line.

All three of their top defensive tackles from last season won’t be available for Week 1 (and longer; the only one coming back is David Onyemata, and not until after the bye week). The Saints may need Jordan and his teammates to slide inside on occasion, where that added muscle mass could benefit.

But size isn’t everything. As Jordan said, he isn’t the biggest guy in the room — or the strongest, fastest, or otherwise most athletic. His hard work in refining his craft to develop pass-rush moves is what’s gotten him so close to notching 100 career sacks. Maybe his teammates can learn a thing or two from him. 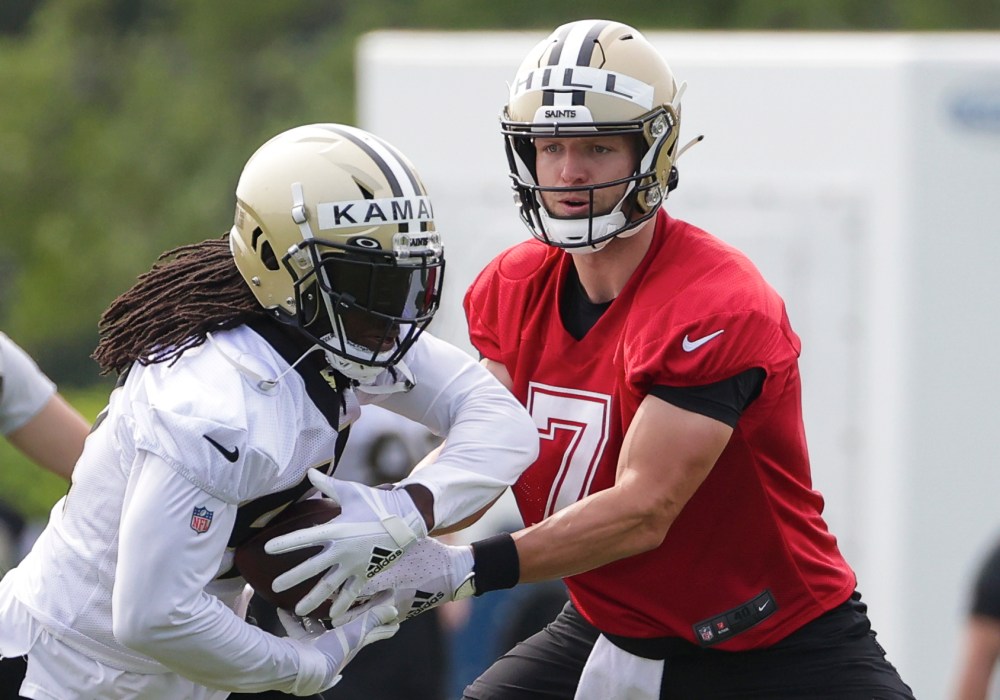