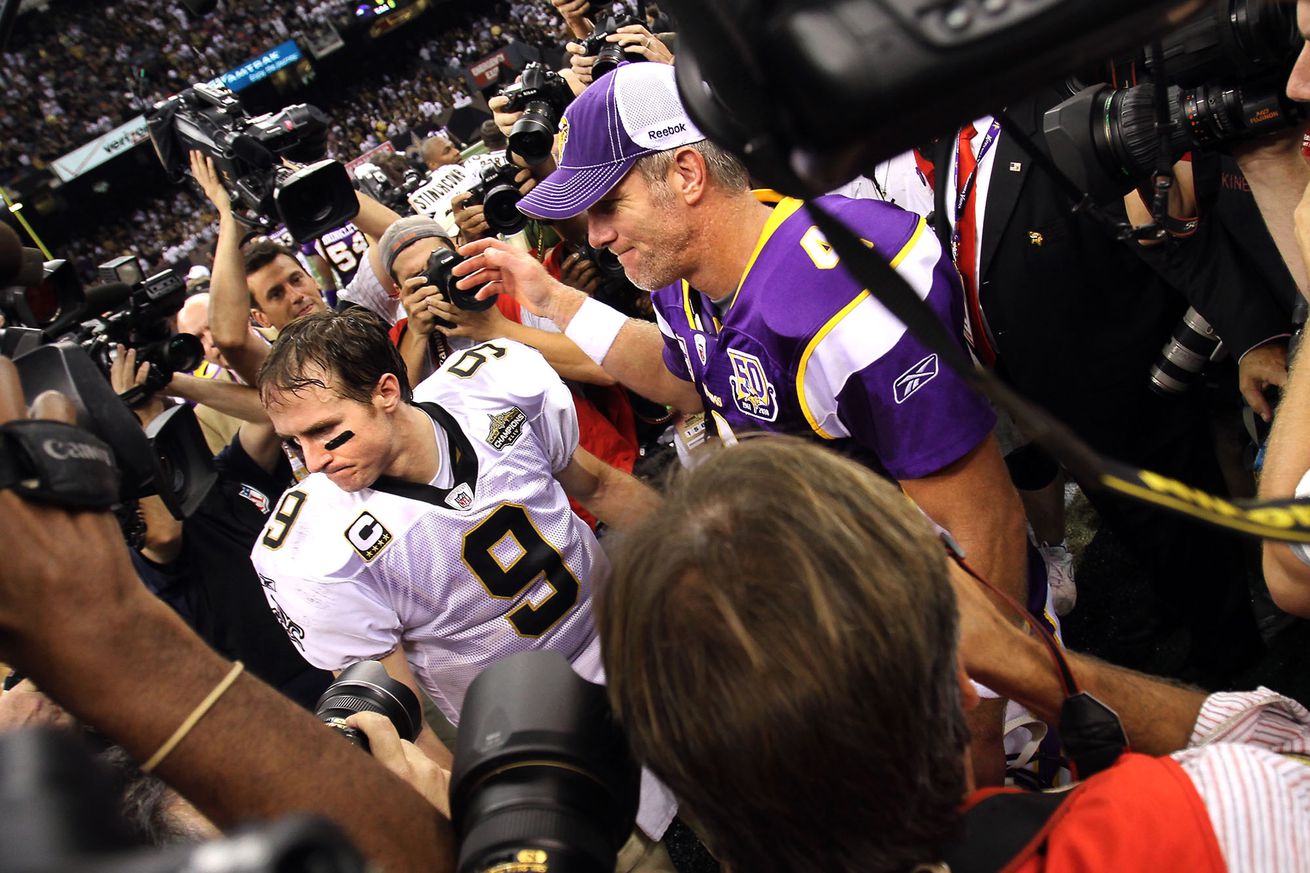 Let’s make it a point to savor every moment

Hall of Famer Brett Favre appeared on the SirusXM Blitz radio show on SiriusXM NFL Radio yesterday to discuss the career of future Hall of Famer Drew Brees. The former Packer, Viking, and Jet was asked directly if he thinks the New Orleans Saints quarterback is playing in his final NFL season in 2020. His answer?

“I do. Stranger things have happened but I do get the sense that, you know, they’ve come so close the last few years. And in some respects that’s good, in others that’s bad. Say that happens again this year, and maybe that’s the reason he’s come back the last couple years. Like we’re so close, we’re really a play or two away. And really, they could have easily run the table the last two years. I thought they were that good, but for whatever reason it didn’t happen. And Drew’s played extremely well the last couple years. Maybe the best he’s played, so you go, ‘Why wouldn’t you come back?’ But I’m telling you getting so close and not pulling it out takes a serious toll on you.”

It wouldn’t be a surprise to see Drew call it quits after the 2020 season, especially if the Saints are able to add a second Super Bowl to Brees’s Hall of Fame resume. Even still, there have been murmurs that this could be Drew’s last year in the NFL regardless of the outcome of this year’s run:

In this clip SP talks about the role Taysom Hill will play in 2020.

Another thing that jumps out…
Payton referred to 2020 as Drew Brees’ “final season.” pic.twitter.com/L04A9CgAT6

If any quarterback knows what it’s like to play late in his career and to unsuccessfully chase a second Super Bowl, it’s Brett Favre, who the Saints beat in the NFC Championship Game in 2009 on their way to Drew Brees’s first – and only – Super Bowl to date.