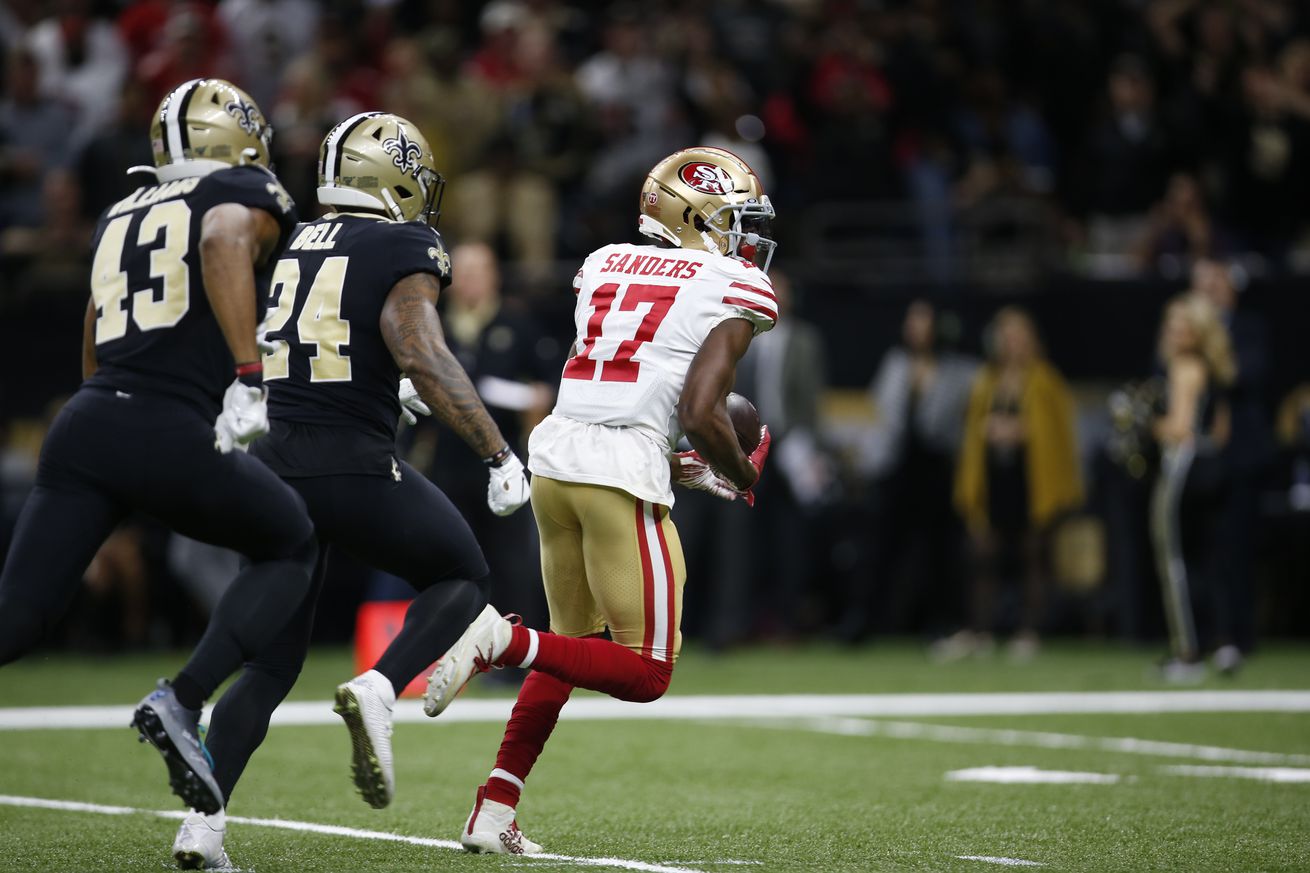 The Saints offense just got a lot better.

It was no secret the New Orleans Saints needed help at wide receiver. Aside from Michael Thomas, the Saints were lacking at the position with only names like Tre’Quan Smith and Keith Kirkwood to strike fear in the hearts of opposing defenses.

Well not any longer.

After reports of being interested in Emmanuel Sanders at last year’s trade deadline before the Denver Broncos eventually shipped Sanders to the San Francisco 49ers, the Saints have brought him in via free agency.

Emmanuel Sanders just told me he intends to go to the #Saints.

Former 49ers’ WR Emmanuel Sanders reached agreement on a two-year, $16 milloon deal with worth up to $19 million the New Orleans Saints, per source. https://t.co/01akLF17C3

Specific cap hits for 2020 and 2021 are not known at this time, but all we know for sure is that the Saints have a legitimate WR2 for the first time since Brandin Cooks was with the Black and Gold.

Sanders’s presence can only help the numbers of Michael Thomas, Jared Cook, and Alvin Kamara, as opposing defenses will no longer be able to focus solely on a trio of offensive pass-catchers.

Hopefully this will be a thing Sanders can do for New Orleans instead of against them:

Look out NFC South – the Saints are getting better too.

Check back for contract details once known.