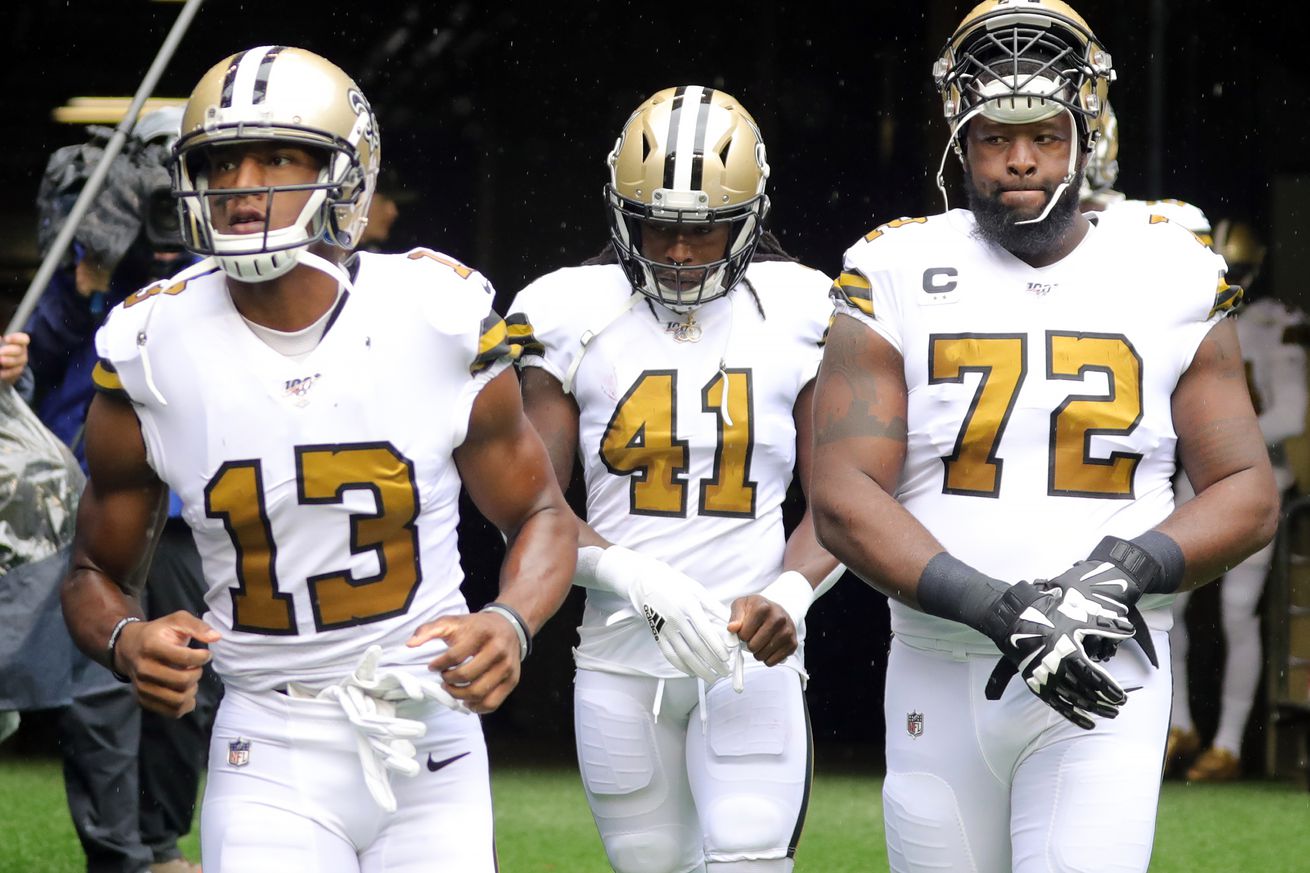 With initial cuts complete, the New Orlean Saints are down to 53. Some more moves are most assuredly on the way, but here’s a look at the roster for now.

With the Saints’ initial 53-man roster set to open the 2020 season, here’s a quick look at each position’s depth and outlook heading into Week One preparation.

Remember, more changes are likely to be on the way as the team may be in on waiver claims and other free agents. So this roster is only an “initial” look. The same can be said for the developing 16-spot practice squad as well.

Let’s show special teams some love off the top. Keeping Gillikin is a bit of a surprise, but makes sense with the COVID effect teams face this year. Most teams only carry a single punter and kicker on their roster each. Gillikin helps if anything should happen and the Saints need a quick replacement if either Lutz or Morstead ends up on the COVID list at any point in 2020. If they let him go to the practice squad, there’s a chance that, should they need his help at any point, he could end up poached elsewhere for the same reason. Gillikin was rated both a five-star punter and kicker coming out of high school by Kohl’s Professional Camp according to Penn State’s website. Also earned first-team all-state placekicker honors.

This units continues to be one of the most reliable, and simply put, best in the NFL.

Not even another QB on the roster for this to not be an option, to be honest. Aside from Tommy Stevens, of course who was moved to tight end. Saints retain one of the top quarterback rooms in the league

Alvin Kamara and Latavius Murray were obvious, but the third RB is one for which Saints fans have been very excited.

Ty Montgomery built a reputation quickly as a playmaker and earned his spot as another exciting piece for head coach Sean Payton. UDFA running back Tony Jones, Jr. may be a good option for the practice squad. Saints keep a fullback as one of the few teams that still utilizes them heavily in their offense.

Washington holds on to the COVID/Reserve list and does not currently count against the 53.

No Tommy Stevens after all. We’ll see what happens through waivers. Do the Panthers grab him to their active roster? Or does he make it through giving the Saints a shot to get him back on the practice squad.

The top of this list seemed to be pretty locked up. It just came down to whether there would be one or two spots available beyond that. Marquez Callaway claiming a spot is very exciting. The UDFA averaged 21.2 yards per catch in his last season at Tennessee, has a fantastic physical profile, and has nice special teams ability.

The release of Bennie Fowler was surprising considering his offseason hype. But here we go again. However, this is potentially good news for Deonte Harris who wants to be much more involved in the offense. Now all those jet sweep, speed route, etc opportunities don’t have to be challenge for or split with anyone else.

Biggest question along the starting lineup will be who starts where week one in regards to Ruiz and McCoy. McCoy seems likely with Ruiz missing a portion of camp practices over the last week. Depth is looking promising behind the starting five. James Hurst is suspended for the first four games, meaning he does not count against the roster limit and can be added ahead of Week Five should the Saints decide they need a change. Surprised to see Kelly make the roster over Tom and Omameh. But he’ll be a name to watch upon Hurst’s return.

The cut of Mario Edwards is a little bit of a surprise. However, the Clowney factor is still in the air. Edwards’ release saved the team $2.34M against the cap. Something to watch.

For the third year in a row, an interior DL UDFA makes the roster with Malcolm Roach following suit with Taylor Stallworth and Shy Tuttle.

With Kiko Alonso still on the PUP list and Nigel Bradham being cut two weeks after his was signed, two spots essentially opened up. Zack Baun is looking like a starter at the SAM linebacker position soon, depending on his health and rhythm to start the year after missing some sessions recently.

Excited to see the young Chase Hansen here. Has some LB/S versatility from back at his college days. Was very impressive in camp and brings some great athleticism, which has been an emphasis for these linebackers, to the second level depth and special teams.

Saints fans finally get to go into the season feeling confident that the secondary is a strength for the defense. Great veteran leadership, outstanding young talent, and some intriguing depth pieces. Needless to say, I’m excited to see Keith Washington make the cut for now. On paper, this is an outstanding unit.

Saints will surely maintain their reputation for one of the best rosters in the league. Still some tinkering to be done ahead of hosting the Tampa Bay Buccaneers next weekend. Keep an eye out here at CSC over the week for any additional roster moves.