Well there’s some movement. The Saints hosted Colts free agent cornerback T.J. Carrie on a visit at their facility in late March, but he left town without signing a contract. And now ESPN’s Jeremy Fowler reports that Carrie is meeting with the Bills, who happen to be scheduled for a game against the Saints in New Orleans this season.

Carrie is a 107-game veteran with experience starting out on the boundary and playing a prominent role on special teams, making him an appealing, budget-friendly replacement for Janoris Jenkins and Justin Hardee Sr. But maybe the contract he’s seeking wasn’t in line with what the Saints could offer, which explains why he’s continuing to look into his options.

One thing is certain: the Saints must add more cornerbacks. Right now, their depth chart consists of Marshon Lattimore (whose legal status is up in the air) as the lone returning starter, backups Patrick Robinson and P.J. Williams, and practice squad holdover Grant Haley and Keith Washington Jr.

You have to imagine the Saints would want to add someone before the 2021 NFL draft kicks off later this month to at least lessen the need for another corner. But it doesn’t seem like Carrie might be an option. 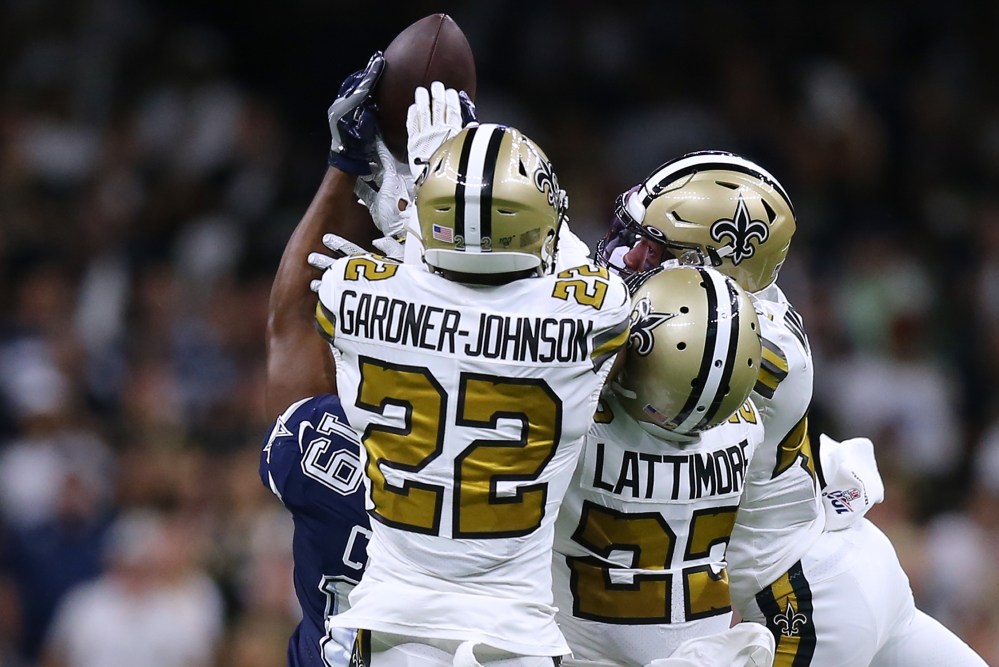