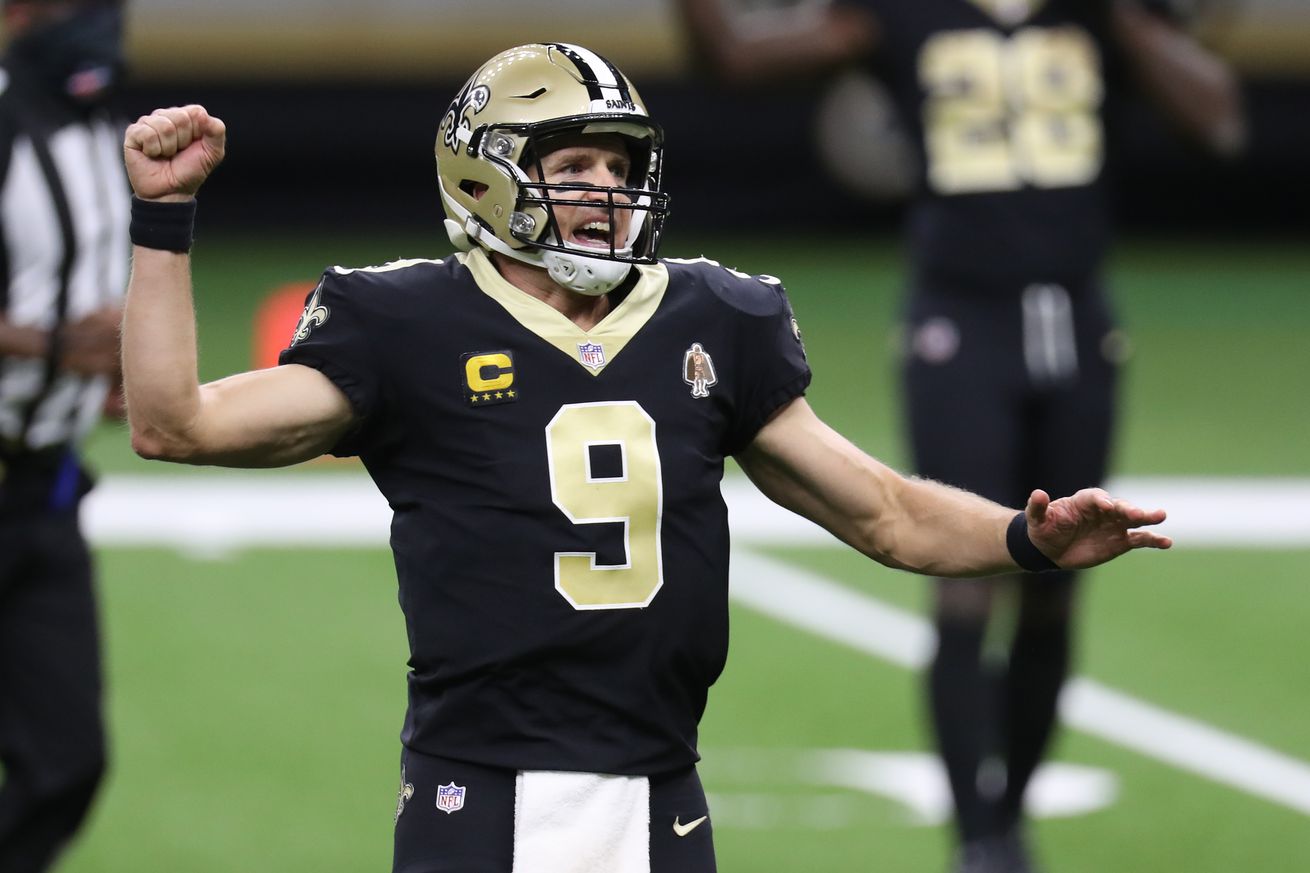 This is your “After-Saints-Game” breakfast, where we talk about the state of the Black and Gold, we debate the goings-on in the NFC South, and paint the playoff picture in the NFC up to this point of the season. So, sit back, take a bite and a sip while your brain slowly wakes up, and let’s catch up on some football.

The Darlings of the NFL are not quite ready

The new NFL season is finally here and one of the most hyped game of “week one” was the battle between future Hall-of-Famer Tom Brady and his new-look Buccaneers, and future Hall-of-Famer Drew Brees and his ever-contending Saints. The Bucs have been picked by many pundits as the cream of the crop in the NFC, the team that will represent the conference in the Super Bowl in Tampa next February. The Saints, as you can imagine, heard all the noise, and were having none of it. The Bucs, especially offensively, looked out of sync and at times out of sorts. One can only imagine how it would have gone had there been a full crowd of crazy Saints fans in the Mercedes-Benz Superdome, which was empty because of COVID-19. In the end, the Saints prevailed 34-23, and have now won their season opener for consecutive years after failing to do so for five seasons in a row. Good start to the 2020-2021 season for Sean Payton’s team.

The Saints’ defense was ready

After conceding an early touchdown and trailing 7-0 after one quarter, the Saints outscored the Patr…I mean the Bucs 17-0 in the second quarter, taking a 17-7 lead into the halftime locker room. What’s notable is the fact that the Saints’ offense played like they had their feet stuck in quicksand all afternoon long and yet New Orleans won the game. That is in large part because New Orleans’ defense was ready. After allowing the Bucs’ first scoring drive, New Orleans intercepted Tom Brady twice, including a pick-six by cornerback Janoris Jenkins. The defense also sacked Brady three times, while holding Tampa to 5-of-13 on third down (38%). New Orleans once again did not allow a 100-yard rusher, in fact they let Tampa run for only 86 total yards and a 3.3 yard-per-carry average. Knowing that with more practice time and live games the entire Saints team is bound to get better, New Orleans might have just changed the mind of NFC prognosticators after their season opener.

Jackrabbit (that’s Jenkins’ nickname) made the play that truly tilted this game in favor of the Saints. Trailing 17-7 in the third quarter, the Bucs received the second half kickoff hoping to narrow the Saints’ 10-point lead. With 13.13 on the clock, Brady stepped back and tried to find Justin Watson in the flat. Jenkins, who is known to take chances from his cornerback position, jumped the route. 36 yards later, the Saints were ahead 24-7. From that point on, Tampa Bay would continually chase the game, never getting closer than seven points the rest of the way.

It’s early in the season and quite often defenses are ahead of offenses in the infancy of football seasons. The reason being that offensive plays have more reliance on pinpoint timing and accuracy, which only come with repetition and practice. In the times of COVID-19, NFL teams haven’t had much time to properly practice together. All that said, this Saints’ offensive core has been together for a long time, and yet on Sunday afternoon they look like they had just met this offseason. The Saints were 5-of-15 on third down (33%), had only 271 total net yards and rushed for only 82 yards, and a really bad 2.4 yard-per-rush. Yikes! It can only get better from here, right? At least the team won.

The Saints go on the road next Monday night to face the Las Vegas Raiders (the what? Yes, I know). The Raiders went on the road and won a 34-30 hard-fought battle against the Carolina Panthers, which is not a small feat. It is going to be a battle between Sean Payton and Jon Gruden, harking back to the times when Gruden roamed the NFC South sidelines as the head coach of the Tampa Bay Buccaneers. The saints will be looking to start a season 2-0 for the first time since 2013, when they started the year 5-0 before suffering their first loss.

Football is back, enjoy it folks!