It seems like just yesterday that the Tom Brady free agency rumors were dominating the NFL news cycle. And while Brady will be making his much-anticipated debut for the Buccaneers this afternoon, perhaps he instead could have been suiting up for the Bears in their Week 1 matchup against the Lions. 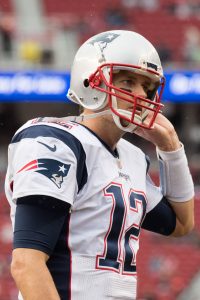 According to Ian Rapoport of NFL.com, the Bears — who took a look at every QB available on the market before swinging a trade for Nick Foles — made an offer to Brady. It’s unclear what that offer looked like, but Rapoport says Chicago was indeed in the running, though Brady was not particularly keen on signing with a cold-weather club.

Ultimately, the Florida sunshine and Tampa’s loaded receiving corps helped lure Brady to the Bucs. The Bears, despite the trade for Foles and the reworked contract they gave him, have elected to kick off the regular season with embattled signal-caller Mitch Trubisky under center.

Rapoport — along with Adam Schefter and Jeff Darlington of ESPN.com — adds that there was mutual interest between Brady and the Saints when it was unclear if Drew Brees was going to retire or not. We already wrote about the New Orleans-Brady connection back in June, so this is not exactly news.

Interestingly, though, Jeff Duncan of The Athletic says that the Saints were Brady’s preferred landing spot if Brees had elected to head to the broadcasting booth in 2020 (Twitter link). Duncan adds that Brees was closer to retirement than many realize, so instead of seeing the two 40-something QBs battle each other today, we might have seen Brady in black-and-gold taking on Brees’ new backup and former Tampa starter Jameis Winston.