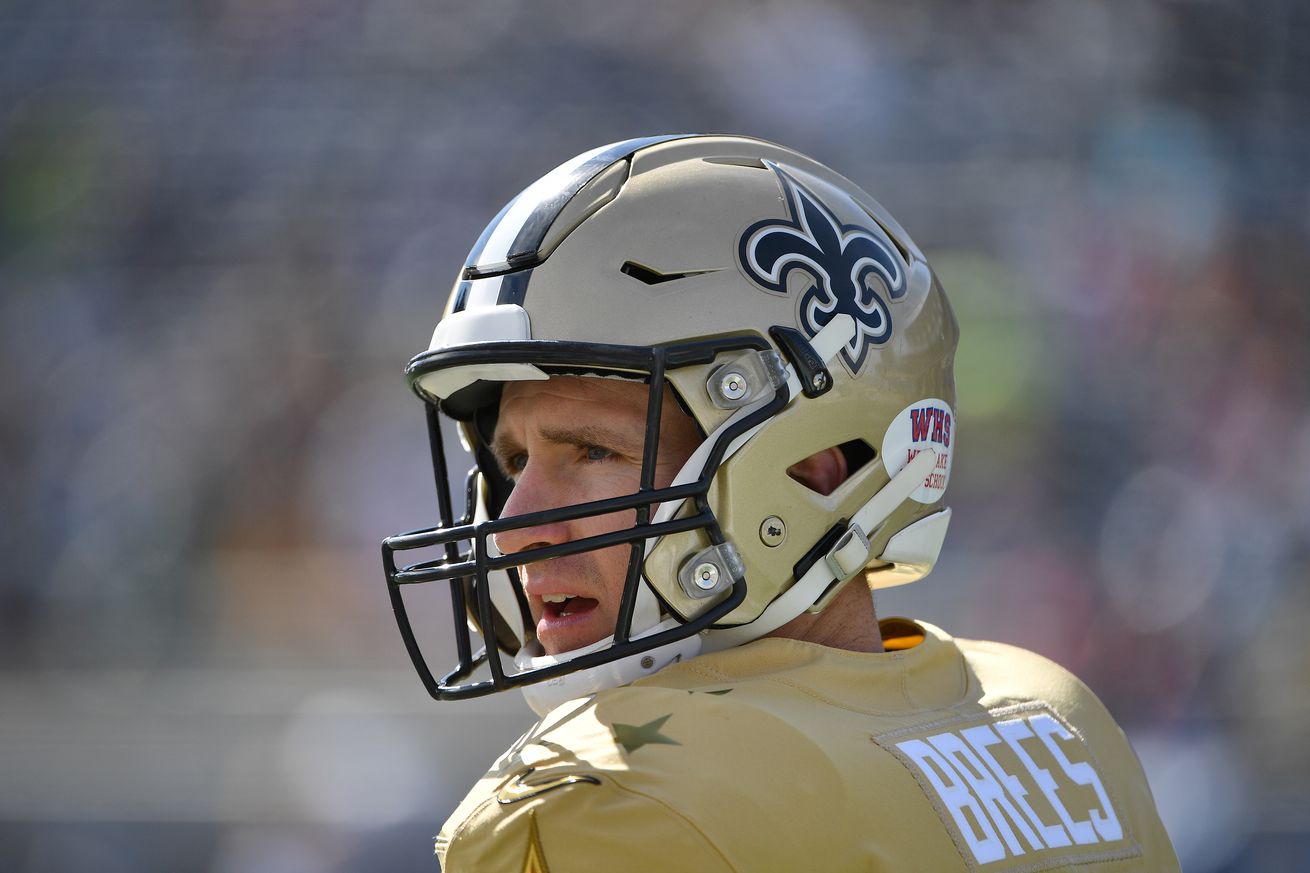 This is one we’ll be able to enjoy twice a season now.

This first matchup of the 2020 season is going to be a very interesting one. It will be a battle of the league’s Goats. One, Tom Brady, has the most Super Bowl titles and rings as his claim to fame. The other, Drew Brees, owns more passing records than any other quarterback in the history of the NFL. Both have their own things to prove.

A 43-year-old Tom Brady wants to disprove the naysayers, who claim his success was largely due to Bill Belichick rather than his skills. Tom Brady signed with our NFC South division rivals, the Tampa Bay Buccaneers, and they have sure done their part to surround him with the necessary pieces. They have strengthened his receiving corp, as well as brought out of retirement, Rob Gronkowski. The Buccaneers have been building their defense as well in hopes of stopping, or at least slowing down, Drew Brees.

A 41-year-old Drew Brees has lead one of the most prolific offenses in the NFL for years, yet has only one Super Bowl ring to his name. He owns so many passing records that I’m not going to list them. The Saints defense was to blame for many of his unsuccessful shots at more titles. The past few years have seen marked improvement in our defense and is not the liability it once was. A freak play, a blown call, and then a one and done in the playoffs, has been his bane the past three, 13-1 seasons. The Saints have been all in, bringing in both offensive as well as defensive weapons to support our fearless leader.

Another chess match to watch is alleged-quarterback gurus, Bruce Arians and Sean Payton. Bruce Arians was unsuccessful in transforming Jameis Winston, and instead opted to bring in a proven Tom Brady.

Sean Payton has had a dependable Drew Brees to man the team until he went down in the second game of the 2019 season against the Rams. With a torn ligament in the thumb of his throwing hand, Brees would be sidelined for the next 5 games, enabling Payton to display his coaching skills with backup Teddy Bridgewater. Bridgewater would go on to lead the team to 5 successive victories. This was largely due to our defense, and Sean Payton’s slow methodical approach to bringing Teddy along. Bridgewater held his own and the Saints were able to let Brees heal and return in week 8. Many claim that Drew Brees has lost his deep ball ability, and to some respect that is true. Where our gunslinger used to be able to take those deep shots on his heels, so to speak, he now needs to be able to get fully set to make the shots. The Saints have done their part to give him this time by building one of the best if not the best offensive line to date to protect Drew. The plus to this is he has had to become more discreet with his passes. This has lead to more short passes and dump offs, but has the benefit of reducing his interceptions. And the aforementioned mentioned Jameis Winston choose to sign a one year deal to learn from both our quarterback as well as his coach.

Now we will still have Falcons hate week, but our step child will take a back seat to this matchup in my opinion.