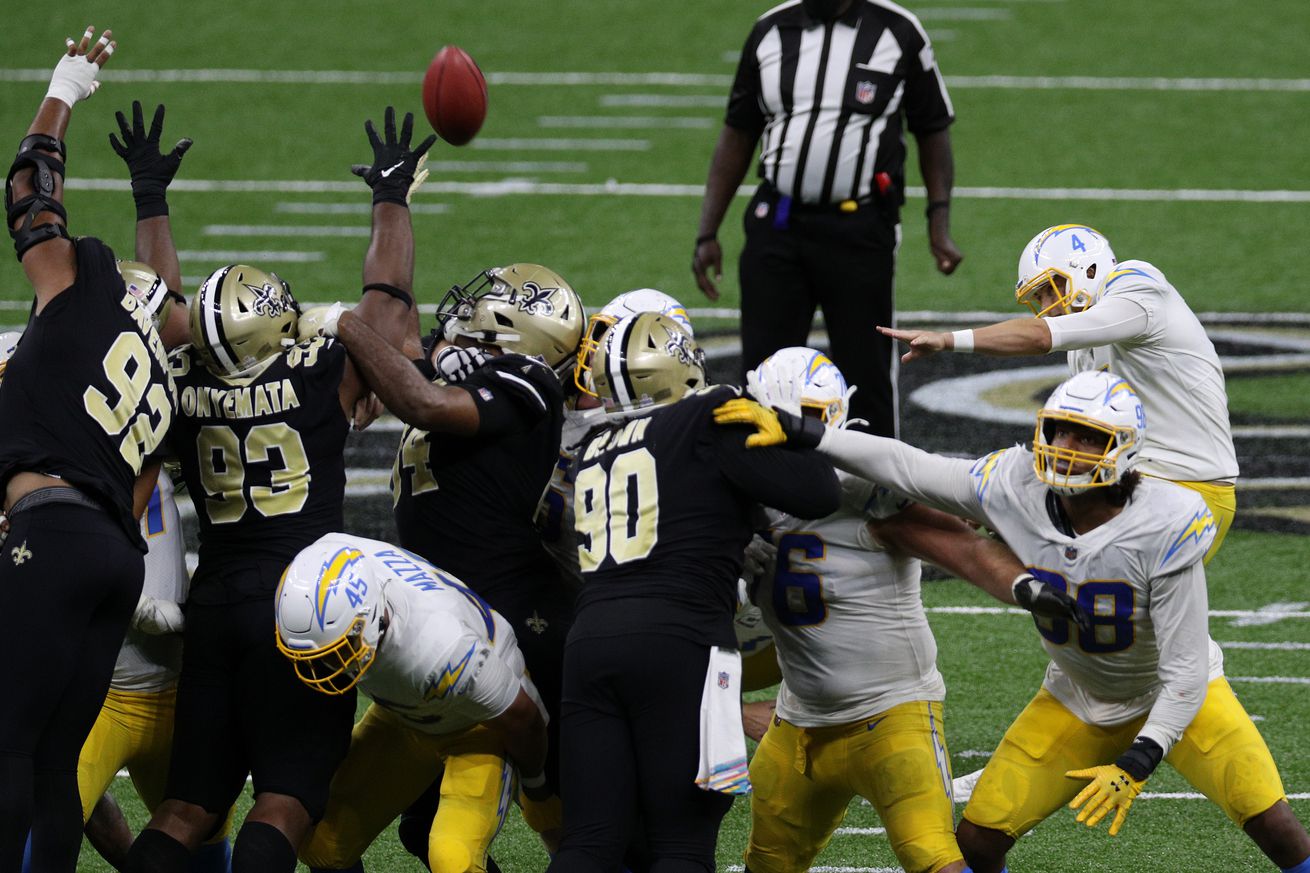 Likely because it took two missed kicks for the Saints to get that second win against the Chargers.

Welcome to SB Nation Reacts, a survey of fans across the NFL. Each week, we send out questions to the most plugged in Saints fans, and fans across the country. Sign up here to join Reacts.

It’s been a wild ride for the New Orleans Saints so far this year and fans have been along for the ride. Despite getting back-to-back wins, confidence in the team has taken a slight dip again. Going to overtime against a rookie quarterback in Justin Herbert of the Los Angeles Chargers will likely do that.

According to the most recent SB Nation Reacts survey, 56 percent of Saints fans believe the team is headed in the right direction. That’s down from 64 percent a week ago. As a reminder, fan confidence remained at 100% for the entirety of the regular season last year.

The Saints have a chance to build on their fan confidence this week against the Carolina Panthers, a game in which fans nationally picked New Orleans to win by over a touchdown (but for what it’s worth, they were also favored similarly against the Chargers, and if not for a doink’ed field goal, the Saints would have lost against the Bolts).

Of course, things could be worse for the Saints. That can’t necessarily be said about the New York Jets. Fans were asked how the winless Jets compare to the worst teams in modern NFL history. If nothing else, at least the Jets are the best at something.

So basically: Let’s be glad we’re not the New York Jets.

Or the Atlanta Falcons.

Definitely not the Falcons.