5th and 6th td ball… and some other stuff. pic.twitter.com/1pik6BFlHS

The NFL fined Alvin Kamara $5,000 for wearing unapproved cleats during his big win over the Minnesota Vikings on Christmas Day, in which the New Orleans Saints running back went with a festive pair of red and green shoes to celebrate the holiday. And he ran for six touchdowns in that game, tying a 91-year old NFL record along the way.

So the uniform violations fine wasn’t exactly welcome news. And Kamara isn’t letting anyone forget it, having included the letter from the league office in a shipment to the Pro Football Hall of Fame featuring other previous cargo, including the infamous cleats. He’s also sending his jersey from the game and the footballs he carried into the end zone for his fifth and sixth touchdown runs for enshrinement in Canton.

The gesture’s a fun dig from Kamara, but it’s worth remembering just how impressive his season has been. He’s scored 58 touchdowns in 60 games played with the Saints through his still-young career (excluding the playoffs), ranking him second-best in team history. Only standout wide receiver Marques Colston ranks above him, with 72 touchdowns recorded in 146 games. If Kamara keeps up the pace, he’ll own the franchise record for touchdowns scored before we know it. This probably isn’t the last time he’ll be sending some gear to the Hall of Fame. 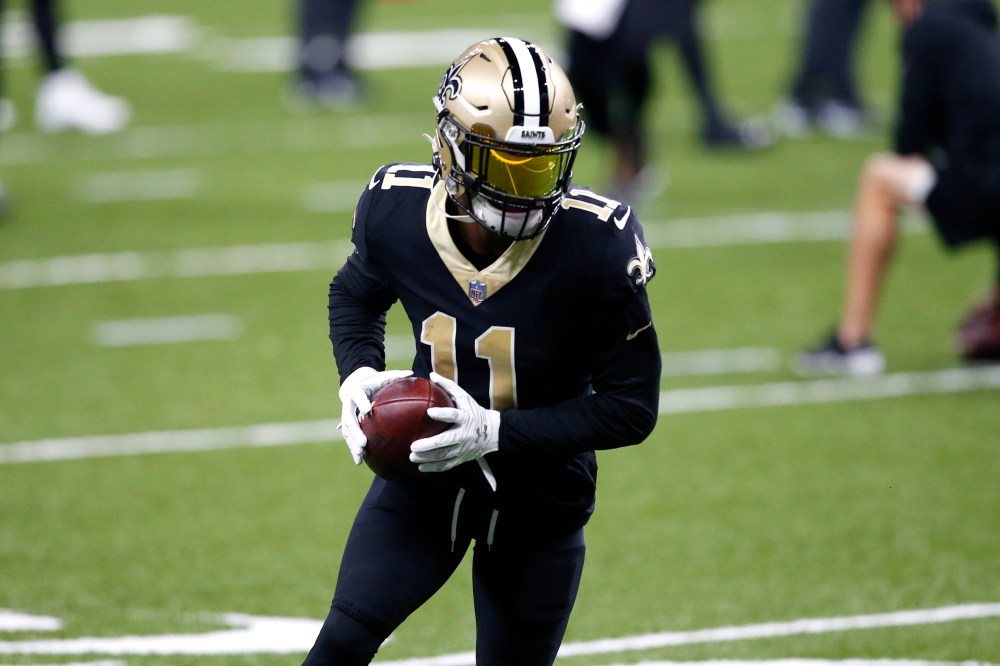