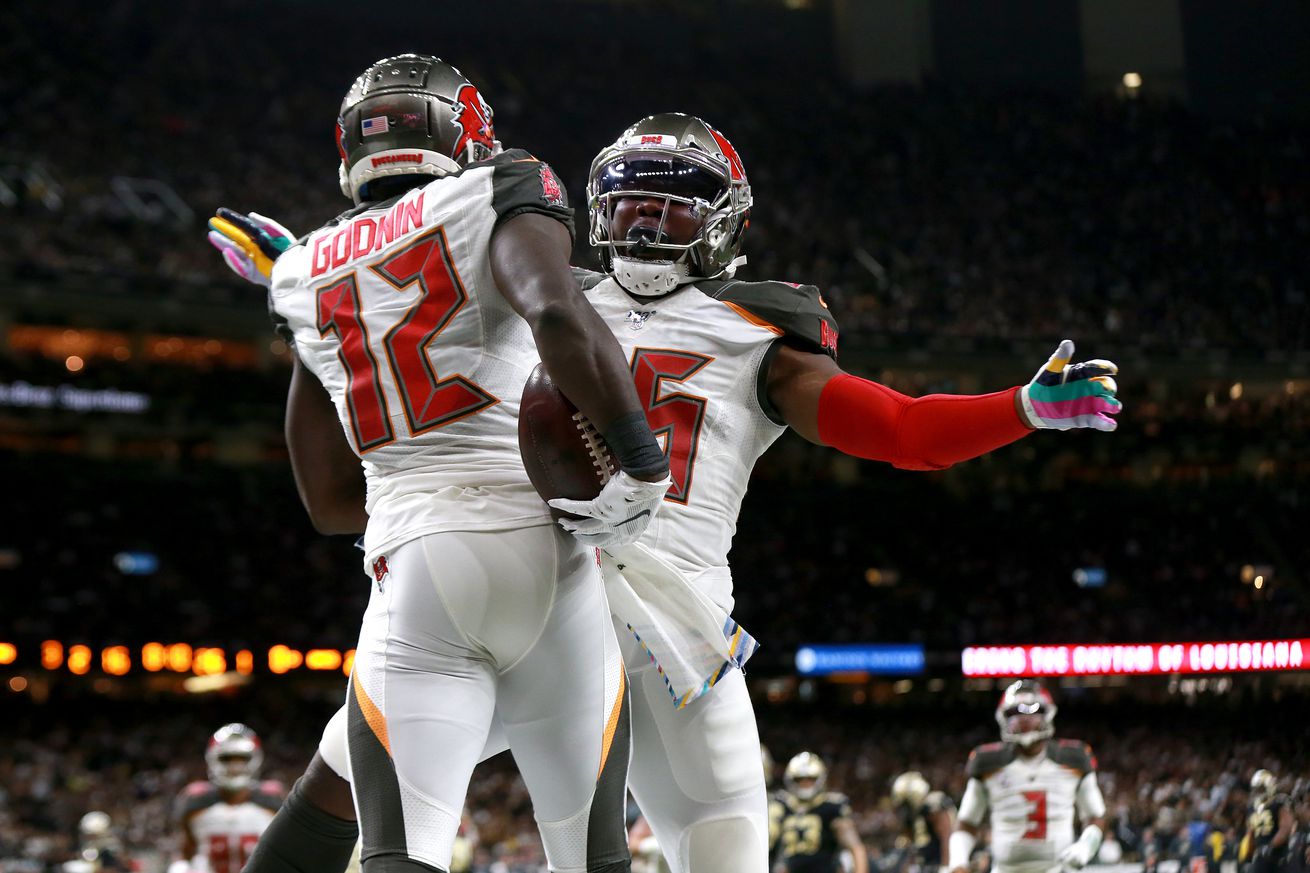 Obviously, Saints QB Drew Brees is a safe QB for daily fantasy leagues, but spending your money on a top-tier starting QB leaves you scraping the barrel to fill out the rest of your roster.

So here are three Saints and one Buccaneer that provide the most bang for your buck. (Values from DraftKings)

The future Hall of Famer is getting up there in age, but don’t let that fool you – he’s still one of the very best at his position. Coming in $600 cheaper than Chiefs QB Patrick Mahomes, Brees is a solid value going against a Tampa secondary that struggled mightily in 2019. Add in new weapons for Brees like Emmanuel Sanders and Adam Trautman, and it could be a high-scoring game behind the golden arm of Drew Brees.

All I can think to explain the fact that Kamara is the fifth-most expensive running back and not higher is because there might be some fear that Kamara is going to see reduced snaps Week 1 in a contract dispute. I don’t see that as a realistic possibility, and instead see a big year coming for Kamara as he’s the healthiest he’s been since early last season.

Marshon Lattimore seems to have Mike Evans’s number, but the Tampa offense will still need to get yards somewhere. Enter Chris Godwin. Godwin has proven to be an elite wide receiver in his own right, if not even better than Evans himself. Godwin is likely to see the majority of his snaps opposite Janoris Jenkins, and while Jenkins is no slouch, he’s not quite on par with a player like Lattimore.

Jared Cook and Drew Brees showed incredibly chemistry when the two were on the field at the same time last season, but the problem was those moments were not nearly as common as Saints’ fans would have hoped. By all accounts, Cook is healthy and ready to go for Week 1, and at $1,700 cheaper than the most expensive tight end available this week, and facing the NFL’s third-worst defense against opposing tight ends from 2019, Cook is a solid value play on Sunday.