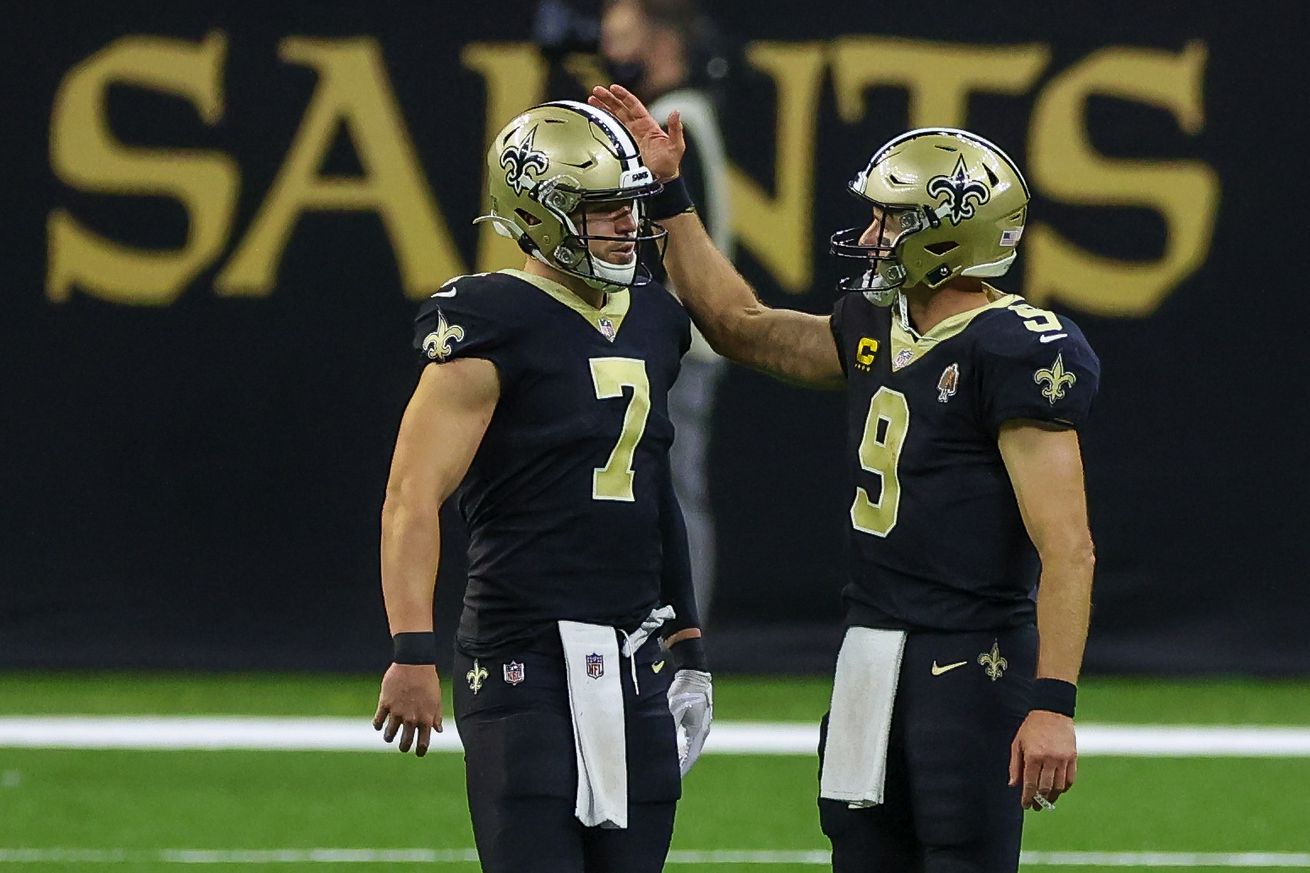 The Saints showed the Buccaneers who’s boss, but also showed signs of weaknesses

A year ago, if you told someone that Drew Brees and the New Orleans Saints would host Tom Brady and the Tampa Bay Buccaneers in an empty Mercedes-Benz Superdome for the Saints 2020 home opener , they would have looked at you as if you were insane.

Times have changed drastically since the Saints last played but some things never change. The Saints are still superior to the Buccaneers, and by being the only team in the NFC South to win their game this week, the Saints started the season where they’ve been the past three seasons: at the top of the division.

Here are 3 Ups and 2 Downs from Sunday’s win over Tampa Bay.

In the battle between two of the greatest quarterbacks to ever play the game, 41 year-old Drew Brees came out supreme over 43 year-old Tom Brady. Brees completed 18 of his 30 attempts, throwing for 160 yards and two touchdowns, finishing with a 96.5 passer rating in the win. Brees came under pressure several times in the game, being hit three times and sacked once, but still managed to remain poised and avoid turnovers.

Brees’s first touchdown of the day was a 12 yard pass caught by Alvin Kamara, who scored one of his two touchdowns on the day. Kamara, who had a six yard rush for another touchdown less than two minutes later, recently signed a five-year extension with the Saints worth $75 million, making him tied with Dallas Cowboys running back Ezekiel Elliot for second highest paid running back in the league.

Brees’s second touchdown came at the hands of nine-year veteran Emmanuel Sanders, who made his Saints debut against the Bucs. It was one of Sanders’s three receptions on the day. Brees successfully completed passes to seven players, with Jared Cook catching the bulk of them, finishing with five receptions for 80 yards.

Penalties plagued the Saints, making the game a lot closer than it should have been. The Saints were flagged six times for 119 yards. 101 of those yards were flagged on defensive pass interference calls, while the other two came on unnecessary roughness. Some of the calls may have been controversial however, the Saints need to do everything they can to avoid giving up yards on foolish flags in upcoming games. All four DPIs were pivotal calls in scoring plays, and while it can be argued Mike Evans should have been tossed on the Marshon Lattimore unnecessary roughness call, Lattimore instigating by pushing Evans from behind was a completely avoidable 25 yards to give up.

The Saints depth is bigger than just their offense and defense. The Saints special teams made some big plays across the board. Deonte Harris really looks like he’s a three man job to take down, returning 4 punts that didn’t look like much for a total of 59 yards. Defensive end Margus Hunt blocked a 54 yard field goal attempt by Ryan Succop that would have cut the Saints lead to 4 in the 2nd quarter. Will Lutz was steady as usual, going 2/2 on field goals and 4/4 on extra points. After Brees found Sanders in the endzone, Bucs kick returner Mike Edwards fumbled off of kickoff which was recovered by Saints receiver Bennie Fowler. The fumble recovery would result in a key field goal to put the Saints up 14 in the 4th. The Saints held the Bucs to 0 yards off of kick and punt returns. If the special teams can make an impact on the game, it’s a job well done and this is exactly what happened with the Saints.

The Saints O-line was obliterated when blocking the run by the Bucs. Bucs linebacker Lavonte David had two tackles for a loss of yards and 11 total tackles. The Bucs had a total of nine tackles for a loss of yards and were all over the Saints run game, and it showed. Latavious Murray and Alvin Kamara combined for 64 yards on 27 attempts, good for 2.4 yards an attempt. It seemed like the Saints backs had nowhere to go by the time they hit the scrimmage line for the better part of the game. Run blocking needs to improve going forward.

Jack Rabbit had a huge season debut and was a key part of the Saints victory, there is no understating this. Janoris Jenkis had nine solo tackles, second only behind and a huge 36 yard pick-six to put the Saints up 17 five plays into Tom Brady’s first drive of the second half. If Jenkins can keep up this level of production, opponents are in for a nightmare week in and week out.