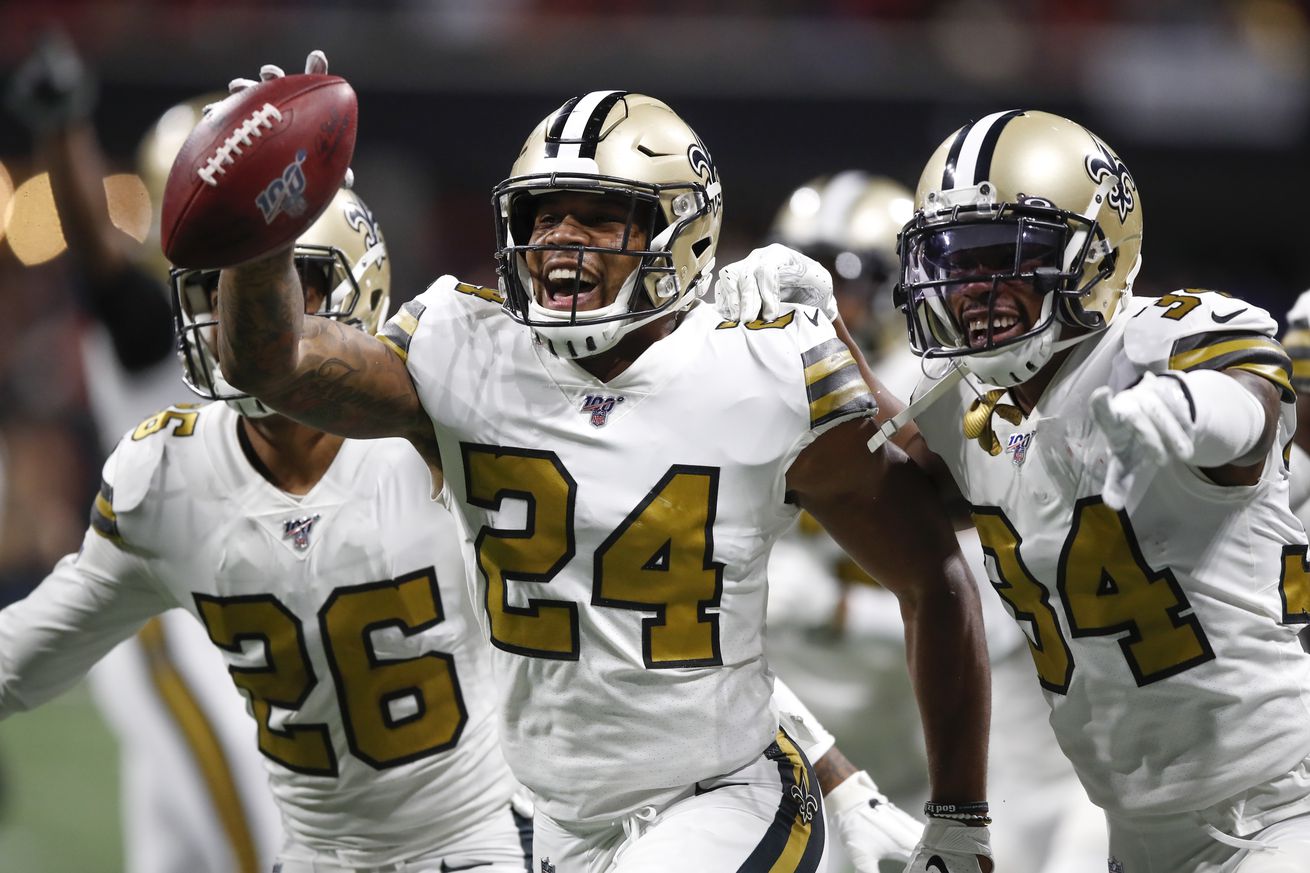 Whether with New Orleans or not, Vonn Bell is in for some cash.

Saints free agent safety Vonn Bell is set to hit the open market as his rookie contract expires as free agency opens on Wednesday. With that, the Saint should see a flood of competition to sign the young defensive back. Bell has said that he would be up to sticking around in New Orleans. However, with the interest he is set to have from safety-needy teams like Dallas, Miami, and Tampa Bay, the decision to stick around with the black and gold may prove difficult.

Bell is a tough safety to project because of his expansive skillset. Since coming into the league in 2016, he only has one interception. That interception was picked up this past season. However, that is far and away not his only value in the game. As one of the league most effective box safeties, he is second only behind Jamal Adams in sacks at his position with eight since 2016. In the same timeframe, he also leads his position in fumble recoveries with seven while sitting in the top five with 348 combined tackles. All while steadily improving in coverage. Bell is a very important player for the Saints to retain.

First it was Teddy Ginn, then it was Michael Thomas, and now Vonn Bell clinches the win with a sack. Ohio State fans will love rooting for the Saints. pic.twitter.com/DX0h2GEQ0w

To help us look at the possibility of Bell sticking around in New Orleans, I wanted to create some contract parameters based on information from last year’s safety signings. It looks like most Saints fans are interested in keeping Bell if his contract averages about $6.25 – $8 million per year. In order to see if this was possible, I did some research on three groups of safeties. Big shoutout to fellow CSC contributor and host of the CSC Podcast Brenden Ertle for helping me grasp these digits.

First, we will look at safeties that earned a higher overall defensive PFF grade in 2018 than Bell did in 2019 (66.6). We’ll narrow that group down to players that signed contracts with a new team in 2019 for two-plus years. I am sure that not everyone is sold on PFF grades, but it is an easy metric to use that does not factor in any of my personal bias.

Looking at the average (rounded up) of four contracts signed by Adrian Amos, Tyrann Mathieu, Lamarcus Joyner, and Earl Thomas III, I found the following figures:

That is clearly well above what most Saints fans would be willing to see their team put up for Bell. However, this is the type of deal he or his agent could push for when exploring the market. Always aim high in negotiations right?

Next, we can take a look at players that put up better 2018 PFF grades than Bell’s 2019 but re-signed with their clubs.

That gives us three contracts to consider. The drop-off among these three is pretty steep, but works in the favor of the Who Dat Nation. Kevin Byard, Jarrod Wilson, and Erik Harris (yes, former Saints Erik Harris) all penned two-plus year deals with their 2018 club ahead of the 2019 season. Those average figures work out to:

This certainly feels more in line with what Saints fans are hoping for and what the Saints would like to see with a team-friendly deal. A contract in this range would put him around the Quandre Diggs and Ricardo Allen status among safeties in the league. That would be around 20th among all safeties, but still top-ten among strong safeties, per spotrac.com.

I personally think this is a little undervalued, but I could see a couple million more via bonuses or incentives being the difference.

Now feels like a good time to run wild with some projections. PFF has some projected contracts for safeties entering the market this offseason that they pooled from overthecap.com. So naturally, as we have done throughout this exercise, I averaged those that ranked hired than Bell and were projected to take multi-year deals.

This group included (deep breath) Jimmie Ward (a name to watch if Bell does sign elsewhere), Tre Boston, Ha Ha Clinton-Dix, Devin McCourty, Justin Simmons, and Anthony Harris, has since been franchise tagged. Their numbers averaged out to:

This feels like a very realistic contract for Bell from a team like Miami that has the money to spend and likes Bell’s type. This would put him up there with McCourty and Clinton-Dix’s projected contracts. More importantly though, is this outside the Saints’ price range? Well, that is were the interesting debate begins.

Often times we hear that for Mickey Loomis, Khai Hartley, and the Saints the salary cap does not exist. But then are met with opposition when discussing the Saints signing someone.

“First and foremost, I want to go back.” – Vonn Bell

Here is the bottom line. Any of these contracts could be possible for New Orleans and Vonn Bell, sure. But if you ask me, the third option seems most realistic as it essentially averages them all. I know, it is probably more than you may want to spend. But consider this. Above all else that I discussed about Bell, his consistently improving skillset and production, you have to consider the added value of him as a “coach on the field.” That is something he has been touted as all the 2019 season and even throughout the offseason before.

As we move into FA I really feel like I need to stress the importance of bringing back #Saints S Vonn Bell.

Vocal leader deep, always around ball and hplay has improved every year. Would be a mistake to let him walk. IMO

Lets not forget what secondary was in recent memory… pic.twitter.com/PFe1HZU12x

Bell has been an instrumental piece in the communication and success of the 2019 Saints defense and should be paid as such. If the Saints want to hold on to him and not evoke the mistakes of the past, they will find a way to give him a contract that satisfies him without crippling the team. Will it be akin to any of the contracts above? Time will tell. But if you believe that Mickey Loomis and Khai Hartley can work work magic, you may want to start asking for some when it comes to Bell.