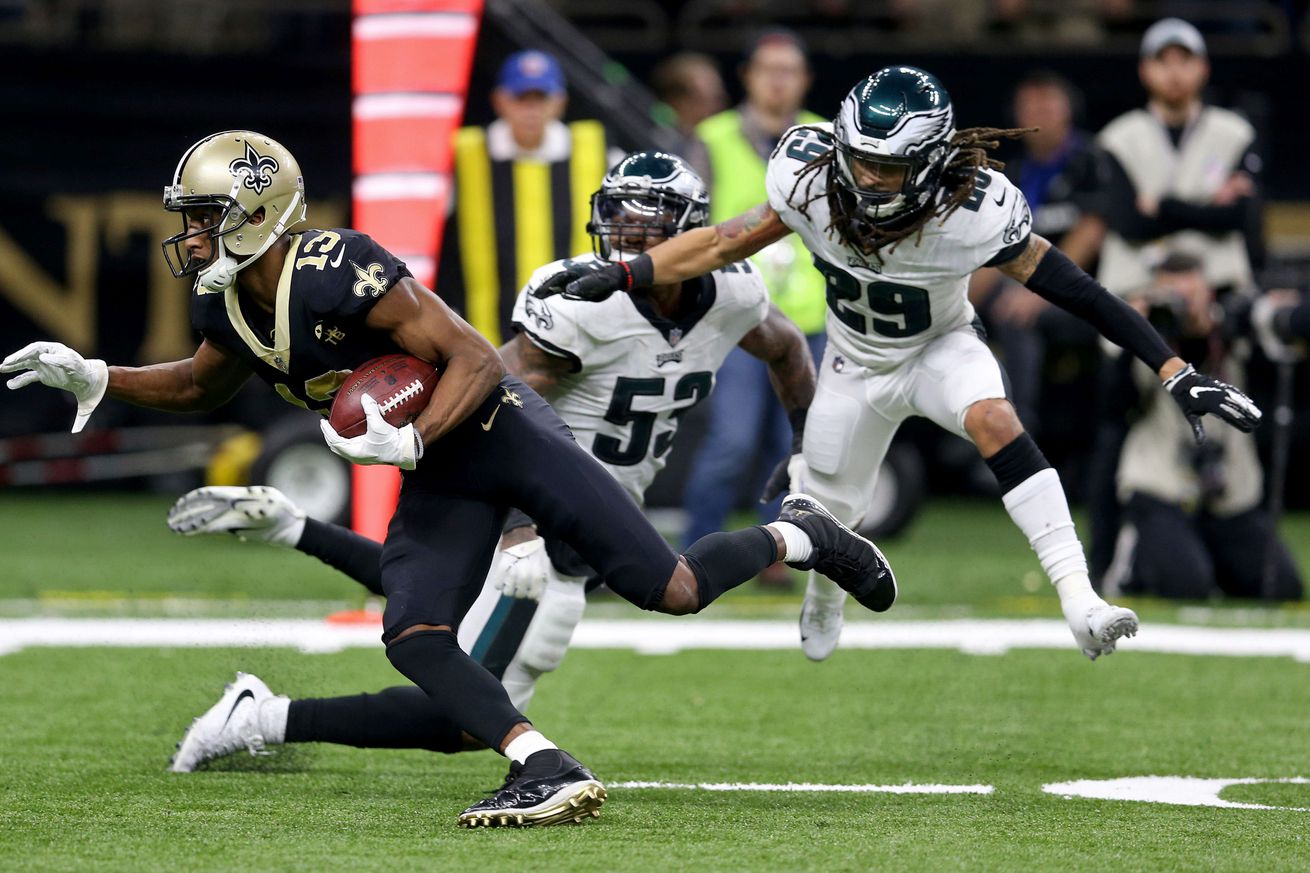 The NFL offseason is still chugging along, and the New Orleans Saints have been active in both signing new players like Malcolm Jenkins, re-signing pending free agents like David Onyemata, and restructuring the contracts of current players like Michael Thomas to free up cap space.

The Saints have addressed two of their biggest needs in free agency at both wide receiver (signing Emmanuel Sanders) and guard (re-signing Andrus Peat). Now, the Saints have a remaining need at linebacker with the departure of AJ Klein to the Buffalo Bills, although it is completely possible the Saints will instead opt to roll with the personnel they have at the position.

If they were to choose to do so, it would involve a lot of question marks. Kiko Alonso, Kaden Elliss, and Alex Anzalone are all returning from serious injury. It could be wise to address the position in free agency, but many of the bigger names are already off the board. Here are a few names that are still available.

At this point, Clay Matthews is more of a name than an asset on the football field. After posting some of the worst numbers of his career (lowest per-game tackle rate and quarterback hits, despite his most single-season sacks since 2014) the longtime Green Bay Packer was released by the Los Angeles Rams after a single season.

Still, Matthews’s 2020 54.2 Pro Football Focus grade was higher than AJ Klein’s 48.4. Matthews shouldn’t come at too high a cost this offseason, but that’s also due in part to injury concerns surrounding the soon-to-be 34-year-old. If the Saints believe in Alex Anzalone and Kaden Elliss as long-term linebacker options, Matthews would be a solid veteran presence to provide depth to a position where the entire group is riddled with injuries.

Vontaze Burfict was recently reinstated by the NFL after serving a 12-game suspension. We all know the player Burfict is on the field, including all of the baggage he brings for his dirty hits.

Burfict would only be 30 years old in 2020, but he’s also likely one more illegal hit away from being permanently banned by the NFL. In Burfict’s last season where he played over ten games (11 games in 2016), Burfict finished the season with 101 tackles, one forced fumbles, two interceptions, and two sacks for the Cincinnati Bengals.

The signing wouldn’t be a popular one in the media, considering the Saints’ past with the BountyGate scandal, but maybe that’s exactly why Sean Payton and Mickey Loomis should do it.

Nigel Bradham is another veteran option, but one with far less name recognition to casual NFL fans. Like Matthews, Bradham dealt with injuries in 2019, and that too is likely one of the reasons he was released by the Philadelphia Eagles this offseason. Bradham’s 2019 Pro Football Focus grade was even better than Matthews’s and Burfict’s, at 64.7.

Bradham totaled 61 tackles in nine games, recording an interception and a fumble recovery but failed to register any quarterback sacks on only one quarterback hit.

The Saints have already signed one player released by the Eagles this offseason. Bradham could make another, and while he’d likely cost more than Matthews or Burfict, he wouldn’t break the bank.