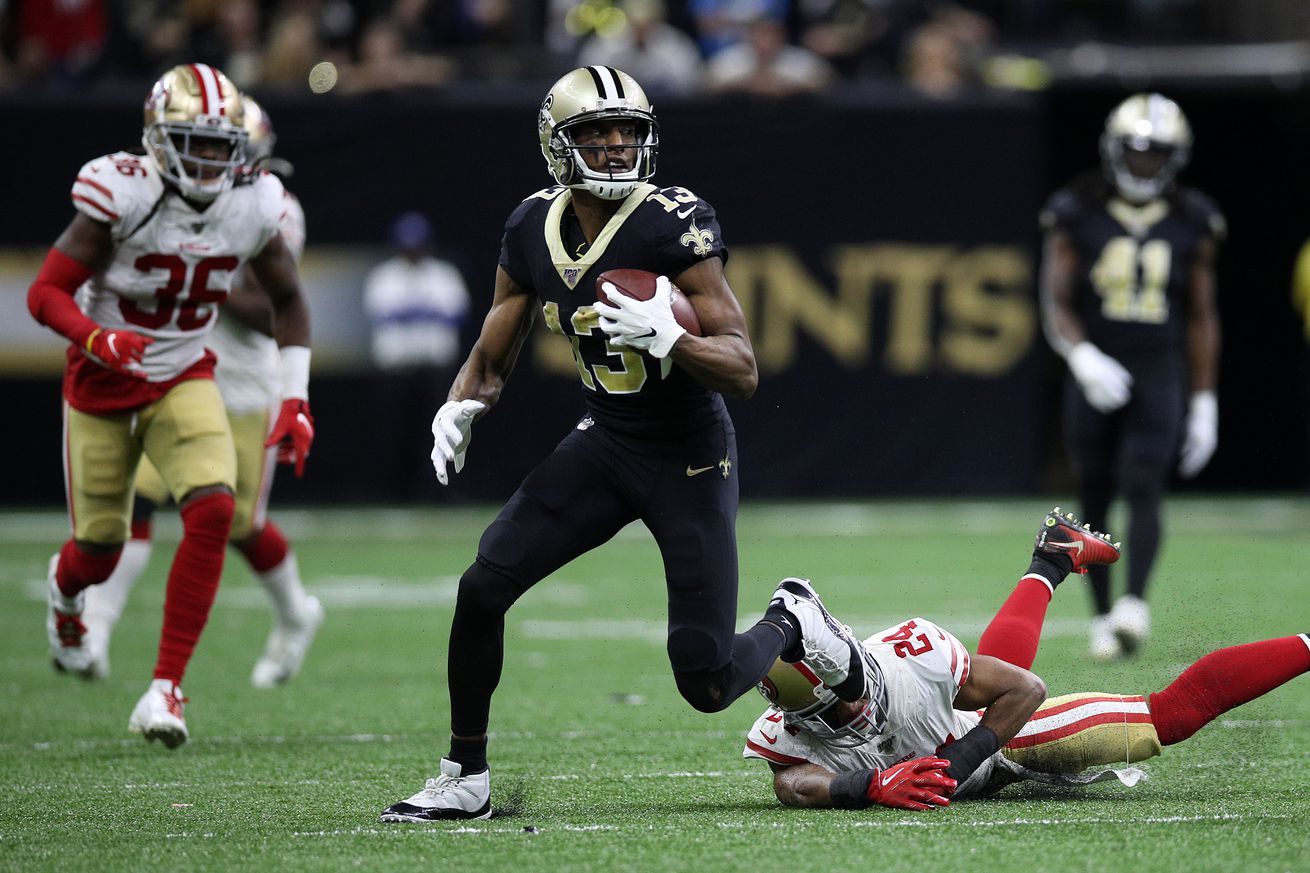 Normally I try to find four players for your daily fantasy lineups from each week’s Saints game, but this week, the pickings are slim. So here is two Saints and one 49er that provide the most bang for your buck. (Values from DraftKings)

It’s not often you can find the reigning Offensive Player of the Year and arguably the best wide receiver in the league $1,600 cheaper in daily fantasy than Davante Adams. The 49ers defense will be without Richard Sherman, and the 49ers still have one of the league’s better run defenses, so this is a game where we will likely see the 2020 debut of the 2019 version of Michael Thomas.

This one is a little bit of a boom-or-bust type of pick, but he might be the best value in daily fantasy this week. Brandon Aiyuk should be returning, but the offense will likely still be without Kendrick Bourne and Deebo Samuel, so Richie James should still see plenty of looks in this offense. James scored over 33 fantasy points last week, and unless Marshon Lattimore can convince himself he’s playing against Mike Evans, there’s definitely a world where James has a decent day against the Saints, even if only in garbage time.

Consider this a hedge against the James pick. While the 49ers offense will have Brandon Aiyuk back, they are still without two of their top running backs, their All Pro Tight End in George Kittle, and their starting quarterback. The offense will likely struggle at times against the Saints, and we saw what the Saints defense can do against a better offense in the Tampa Bay Buccaneers last week. At $3,000 in your daily fantasy lineup, the Saints defense isn’t a bad play, especially when you consider that a possible Deonte Harris return on special teams is always a possibility.