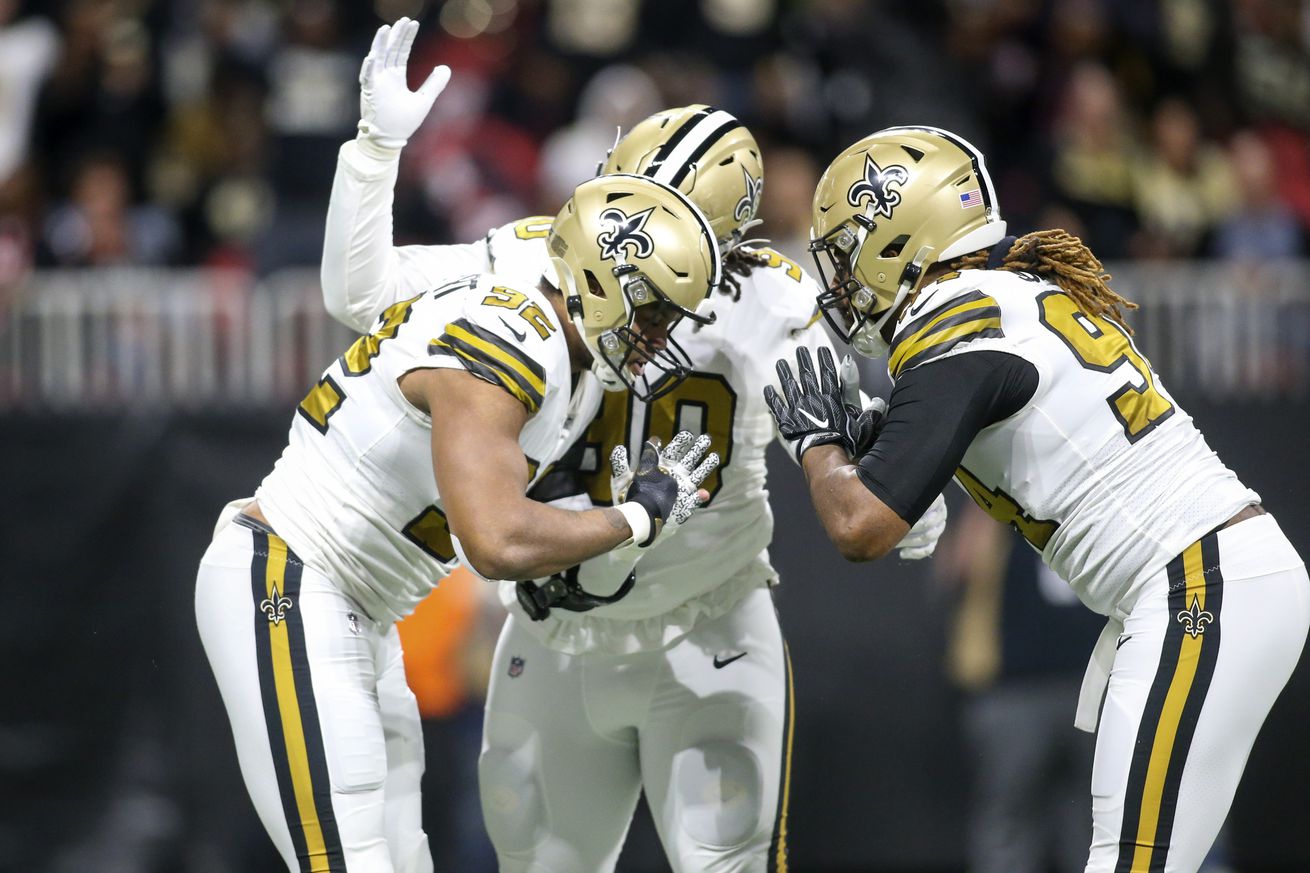 Continuing with our bold predictions for the 2020 NFL season, we now turn our attention towards the New Orleans Saints defense. Last week we took a look at the offense and we made some BOLD predictions, so let’s stick with the same theme!

Alright, let’s get into the predictions!

The Saints defense ranked 11th in the NFL last year in forced fumbles with 10. Not a bad showing, but a far cry from a top three defense status, which this squad is trying so desperately to achieve. The Pittsburgh Steelers led the way in 2019 with 18 forced fumbles, followed by the Seattle Seahawks and Tampa Bay Buccaneers with 16 a piece.

The Steelers look poised to remain dominant in that category, but it wouldn’t take much for a team to dethrone them at the top. The Saints will have a full season of cornerback Janoris Jenkins who has six forced fumbles in his 112 career starts. Furthermore, New Orleans has added safety Malcolm Jenkins to the mix and will welcome defensive tackle Sheldon Rankins, who has three forced fumbles in his 32 career starts.

Adding to the already potent defense, Marcus Davenport is set to have a breakout season. New Orleans drafted up to snag Davenport in the first-round of the 2018 NFL Draft. The defensive end has trouble staying healthy, but when he takes the field he has proven why New Orleans was willing to take a risk on him. In just 13 games in 2019 he forced three fumbles, something he will continue to do in 2020 (stay tuned for the next prediction), helping lead the Saints to the top dog position in the league when it comes to forced fumbles.

Before we get started, yes, New Orleans tried to sign Jadeveon Clowney and were denied by the league for their sign-and-trade scheme. Yes, the Saints would have been a better team with Clowney on it, and yes, Davenport will still have a better season.

Payton on Clowney: “We felt like we got close. We weren’t able to match the money. … It was one thought, just creatively, relative to essentially having a team sign a player, take some of the financial burden away from the team they trade him to and they get a draft pick back”

Let’s take a look at the 2019 season in each of these categories:

Okay, at second glance this doesn’t look to be a totally bold prediction. In fact, Davenport already led in two of the three categories but did start in two (13) more games than Clowney did last season. Davenport looks ready to finally have the breakout season that fans have been waiting for. Clowney is joining a very good unit in the Tennessee Titans defense, but Davenport will have plenty of opportunities to ensure that he beats out Clowney in these three stats. If Davenport can accomplish this feat, it will go a long way in helping New Orleans achieve its goal of having a top three defense in the league.

The New Orleans Saints will Boast a Top Three Defense

I bet you didn’t see this one coming! The Saints will have some work to do in order to make this prediction come true. However, there is some room for hope, as well as improvement. In yards allowed per game in 2019 New Orleans ranked 11th in the league with 333.1 yards/game, well above average but a far cry from top three. They were a top four team in rushing yards allowed per game with just 91.3 yards/game. Through the first half of the season New Orleans was one of the most vaunted rush defenses in the league, but they let up as the season went on. The Saints allowed 143 rushing yards to the Atlanta Falcons in Week 10, 163 rushing yards to the San Francisco 49ers in Week 14 and 149 yards against the Titans in Week 16.

Where the Saints really struggled was in stopping the passing game. New Orleans was 20th in the league in stopping the pass, allowing 241.8 yards per game. This was what kept the Saints from being a truly elite defensive unit. However, a full year of Janoris Jenkins coupled with the addition of Malcolm Jenkins will help with providing more reliable coverage in the passing game. This should be a huge boon in overall defensive efficiency for the club. None of this has even mentioned Ceedy Duce (C.J. Gardner-Johnson) who has become a member of the core of the defense. In his rookie year, he played in 16 games and started in seven of them. His tenacity on the field led to a forced fumble, an interception and six tackles for a loss. A full year of his electric play on the field will only further the Saints ambition of being an elite defense.

With new additions, added motivation, and a little bit of luck, New Orleans could finally find themselves in position to be one of the best defenses in the league. It feels weird reading that out loud, but it is within the realm of possibility.