Well that’s disheartening. The Saints identified cornerback as their top need in the 2021 NFL draft, and unsuccessfully tried to trade up to address it. And now one of their targets is off the board with the Titans picking Virginia Tech cornerback Caleb Farley at No. 22, the Saints stuck waiting at No. 28.

You can’t say they didn’t see it coming; Yahoo Sports’ Charles Robinson reported earlier this week that the Saints believed they would have to trade ahead of Tennessee to land Farley, and they were right, with the Titans quickly snapping him up.

To add insult to injury, Farley is scheduled to square off against the Saints when they visit Tennessee during the 2021 season. And on top of that, he’s projected to start on one end of the field with former Saints standout Janoris Jenkins holding down the other spot. So there will be plenty of familiar faces on the other sideline when the Saints make that business trip.

Farley was graded as a top-10 talent in this draft class based off his game tape, but two back surgeries and a lack of up-to-date information following his 2020 opt-out pushed him down the board. The Saints may have been pleased to land him at the end of the first round, but now they’ll have to pursue other options.

3 Love/Hate draft prospects for the Saints in Round 1 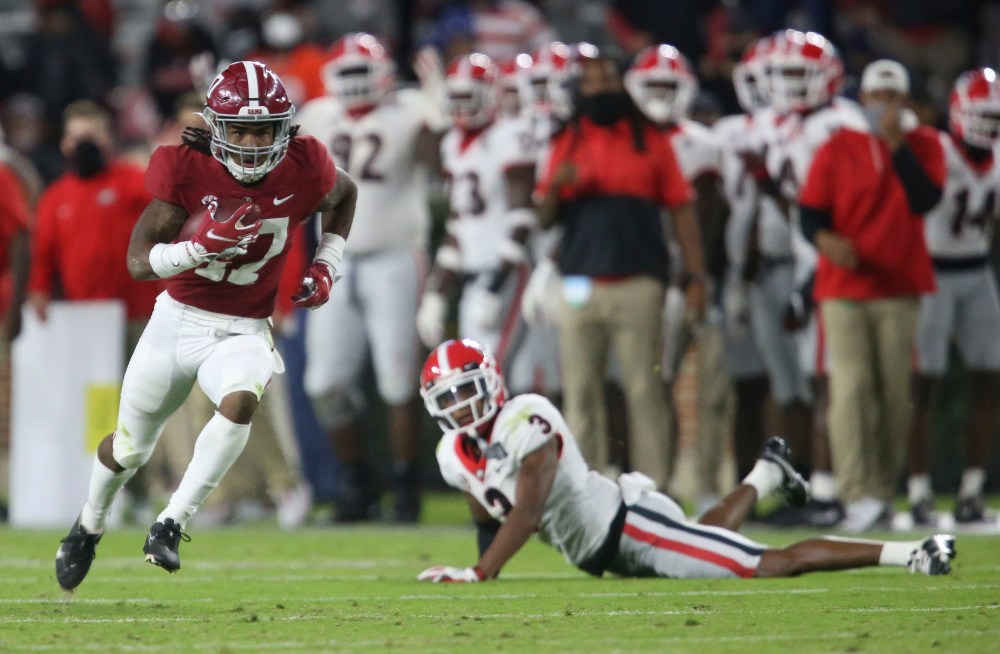