The second day of the 2021 NFL draft is upon us, with the selections in rounds two and three set to begin in prime time on Friday night. But where are the New Orleans Saints slated to pick? And could they navigate the board by trading their picks? After spending their first round pick on Houston edge rusher Payton Turner, their top needs endure at cornerback, linebacker, and receiver.

Right now, the Saints are scheduled to make their only selection in the second round at No. 60 overall. After that, they’ll have to wait until the end of the third round, where New Orleans acquired a pair of compensatory draft picks at Nos. 98 and 105. However, the Saints lack their own third rounder after trading it last year to move up and select Zack Baun.

If the Saints do start calling teams to see about trading up again, they have plenty of bargaining chips with extra draft picks in rounds four, six, and seven (twice), plus a full compliment of selections in 2022. Few teams are more aggressive in the trading market than the Saints, so keep an eye out for movement.

We’ll see how it shakes out. There are plenty of quality players still available at positions of need, and New Orleans has had a lot of success in rounds two and three since Jeff Ireland was hired to build their draft board and run the scouting department. Look for a potential trade to acquire a coveted prospect like the Saints have done recently with Baun, Erik McCoy, and Alvin Kamara.

Best players available for Saints on Day 2 of NFL draft 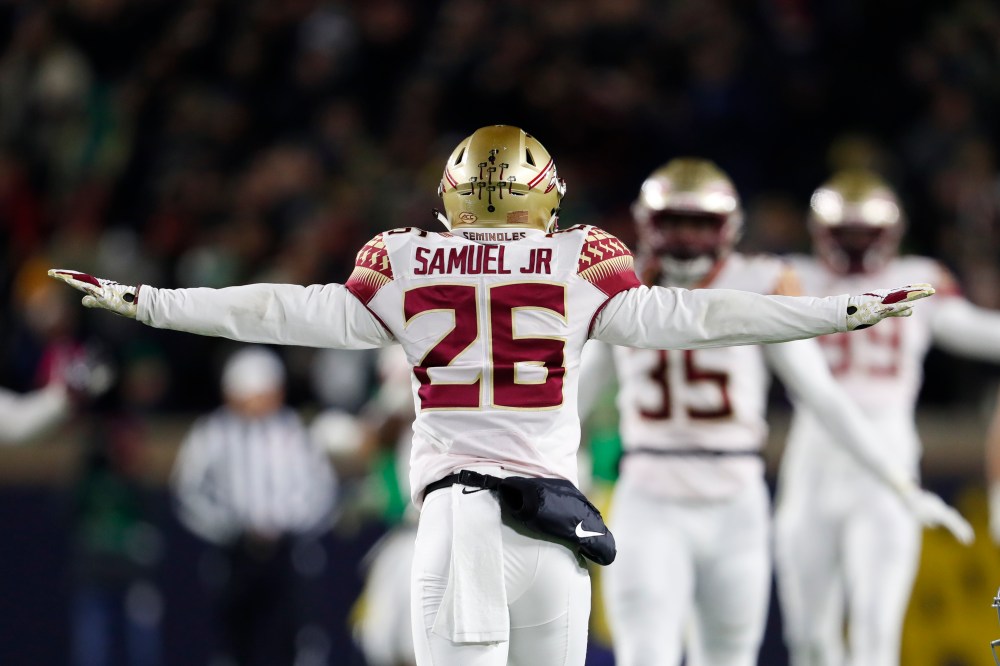