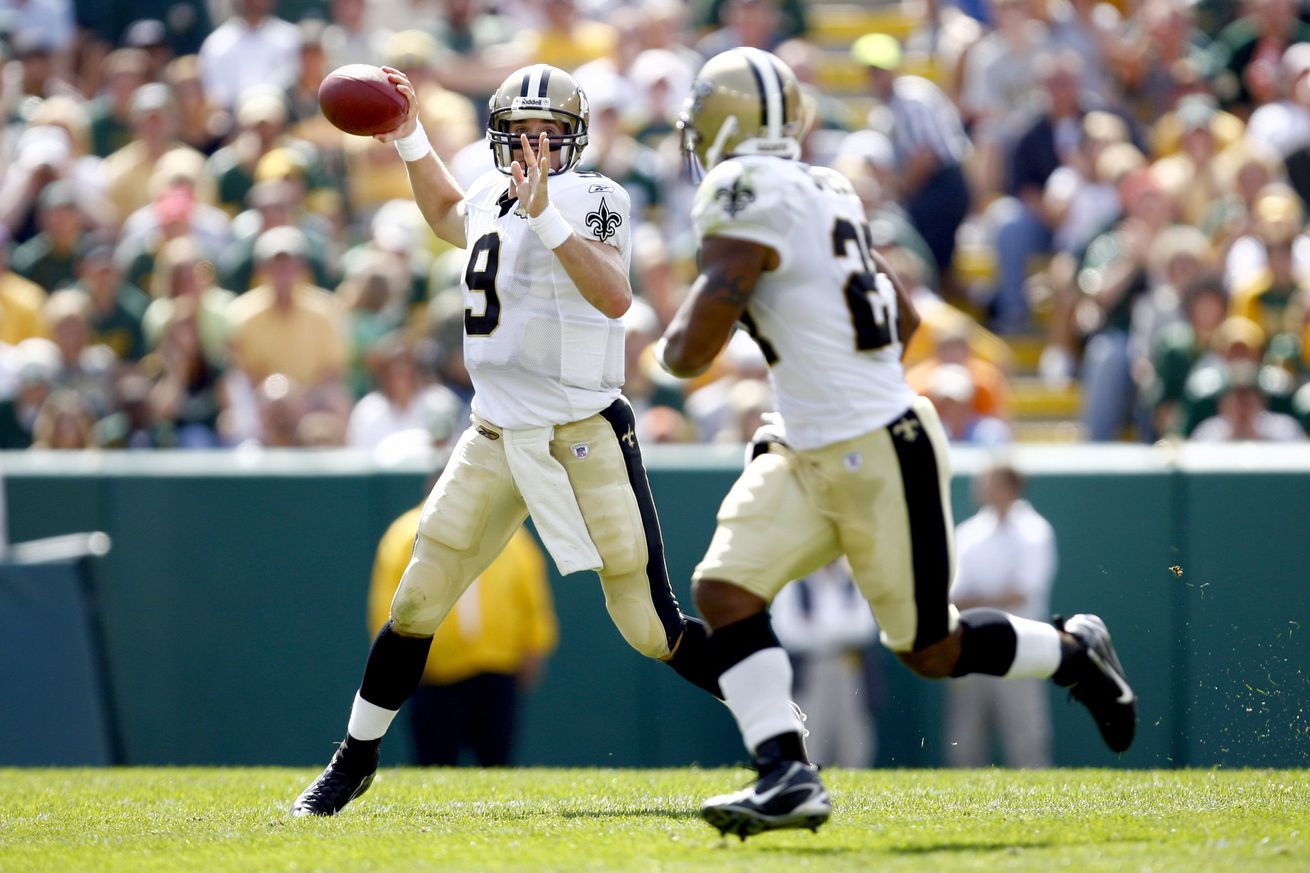 Can the Saints revamped run defense slow down a potent Falcons rushing attack in their Dome-coming?

If everyone isn’t too busy watching American Idol or High School Musical, I’d highly recommend tuning in to ESPN on Monday night, as two undefeated NFC South rivals in the New Orleans Saints and Atlanta Falcons square off.

The Saints and the Who Dat fan base will return to the Louisiana Super Dome for their first home game since 2004.

While it undoubtedly looks to be an unforgettable night in New Orleans history, what will make it most special is if they come away with the win. And it won’t be easy against this Falcons team.

As we prepare for the highly-anticipated battle, here are some of the key matchups to keep an eye on:

Last season, the Saints were statistically one of the worst run defenses in the league, ranking in the bottom-five of the league in rushing yards allowed. However, that was in large part due to the fact that they were just a bad team overall, allowing teams to get big leads on them and run the ball a ton to wind the clock down.

Now, with a better offense that can put points on the board, the run defense has improved. Through two weeks, they’ve allowed a combined 104 rushing yards on designed running plays.

The only problem is they allowed 44 yards on 7.3 yards per attempt to Cleveland Browns quarterback Charlie Frye on scrambles. Considering a certain someone behind center for the Falcons, that’s not great news.

Not only does the Atlanta offense showcase NFL-leading rusher Warrick Dunn, with 266 yards, but they also trot out Michael Vick, who’s tied for eighth among all rushers at 175 yards.

The league’s best ground attack will be a challenge for the new-look Saints defense, to say the least. Staying true to gap integrity on designed runs and keeping Vick in the pocket will be integral the defense and team’s success as a whole.

Out of nowhere, rookie seventh-round pick Marques Colston has come along in the Saints offense, leading them with two receiving touchdowns and ranking second behind Joe Horn in receiving yards, with 107. Newly-acquired QB Drew Brees seems to have put his trust into the big target, throwing him 15 passes through two weeks.

His reliable hands and ability to go up and snatch balls out of the air in the red-zone have made him a great compliment to “Hollywood” Joe Horn and Devery Henderson, who can create big plays down the field.

Colston has primarily played outside receiver in the Saints offense, which means we’ll likely see him matched up with first-round pick DeAngelo Hall at times.

As opposed to Colston, the rookie corner out of Virginia Tech was a much-hyped top-10 pick. He has met expectations thus far, to say the least, coming off of a Week 2 game against the Tampa Bay Buccaneers where he recorded two interceptions and two pass break-ups.

Hall and Colston offer differing play styles, as Colston is a big-bodied possession receiver, and Hall is an undersized speedster. Clocking in at 4.34 in the 40-yard dash, Hall is unlikely to get out-ran by Colston, but it will be interesting to see if Colston can utilize his size advantage against Hall in the red-zone.

I also will be watching closely to see if Brees continues to put his faith in the hands of Colston in such a big game.

3. Will Smith vs. Wayne Gandy

Falcons left tackle Wayne Gandy spent his last three seasons in New Orleans, before getting traded to Atlanta. He’ll meet a familiar foe Monday night, who I’m sure he shared many battles with in practice the last three years, in Saints defensive end Will Smith.

Gandy is a 12-year veteran who has started 184 games in his career. The former first-round pick has more than lived up to expectations, with that level of consistency.

Another former first-rounder, two-year veteran Will Smith was one of the few bright spots on the Saints defense last year, leading them in sacks, with 8.5.

Smith lines up almost exclusively on the right side of the defensive line, meaning that he will see his fair share of matchups with Gandy.

While Gandy has been a reliable force at tackle for a long time, he struggled just a bit last week, allowing three pressures against the Bucs.

Smith has recorded a sack in Weeks 1 and 2, to go along with five pressures and three hurries.

We’ll see if Smith can use his powerful 280-pound frame to rip through the anchor that is Gandy and continue his streak of at least one sack in every game this year.