Lonzo Ball is one of the most rumored players available on the trade market right now and the New York Pelicans have reportedly engaged teams about their interest in trading for the No. 2 overall pick in the 2019 NBA draft.

Last week, ESPN’s Brian Windhorst mentioned that the Chicago Bulls are a potential suitor. This week, Matt Moore added that the Bulls are actually Ball’s preferred destination (via Action Network):

“Multiple league sources told Action Network that Chicago is (currently) the most likely landing spot for Ball. That’s based on multiple factors, including the preference of both Ball and his agent, Rich Paul, Chicago’s interest in making a roster move and the Pelicans’ openness to discussions.”

Chicago has reportedly coveted Ball since at least May 2019. KC Johnson wrote that the organization views him as a “pass-first, defensive-minded point guard with positional size who can best maximize the talents” of their roster.

The Bulls have a revamped front office with Artūras Karnišovas now running the show.

But it is not surprising that the interest in the former UCLA standout may still remain strong. During a recent episode of “The Lowe Post” podcast, Zach Lowe spoke about Chicago’s longstanding problems finding a suitable long term primary ballhandler (via ESPN):

“When you zoom out and look at all of the directions that they’ve pivoted in the last five years and look at all of the people that they have tried out as lead ball handlers or organizers of an offense since they traded Jimmy Butler, it’s not surprising that you look at their team as more of a mismatch of semi-interesting pieces and less of a team.”

Under head coach Billy Donovan, Chicago will likely ride the hot hand Zach LaVine is having as a scorer. His 27.0 points per game currently ranks as the sixth-best in the Eastern Conference.

LaVine, however, is not the long-term answer at the point guard position. But as Lowe later noted, LaVine has actually finished as one of the league’s most turnover-prone players over the last several seasons.

Chicago also has Coby White, the No. 7 overall selection in the 2019 NBA draft. He is still early in his career, but thus far, he has had a very poor assist rate and does not project as an offensive facilitator.

Ball, of course, has been an above-average playmaker since coming into the league.

Even though he is currently averaging a career-low mark of just 4.6 assists per game, one of the most appealing aspects of his game is that he is able to make an impact as a distributor without requiring the offense to run through him.

Last season, per Cleaning the Glass, his assist-to-usage rate (1.38) ranked in the 95th percentile among all combo guards and eighth-best among players who recorded at least 1,000 minutes on the floor.

This means that he could play fairly well alongside a ball-dominant player like LaVine, whose usage rate has been among the highest in the league over the last several years.

LaVine would still run the show as the main option as an offensive finisher. Ball, however, projects as someone who could help orchestrate some of those opportunities and make life a bit easier for Chicago.

Another area where the Bulls desperately need help is on the defensive side of the floor. Chicago has allowed 112.6 points per 100 possessions, fourth-worst in the East. Their starting lineup has been outscored at a particularly concerning rate.

During each of his four seasons in the league thus far, Ball’s teams have had a better defensive rating when he is on the floor compared to when he is off. While there is a lot of noise in on-off numbers, the fact that this has been true for the fourth year in a row suggests Ball plays a key role on defense.

Advanced statistics like FiveThirtyEight’s RAPTOR typically view Ball as a player with a positive defensive impact. The same absolutely cannot be said about LaVine or, at least at this point in his career, White.

Ball, however, is the kind of player who is able to force turnovers and take the rock away from his opponents.

His block percentage and steal percentage have both ranked in the 74th percentile or better among all players at his position during each of his four professional seasons thus far, per Cleaning the Glass.

While his name has been at the center of trade rumors, his play has gotten better of late. Ball is averaging 19.9 points, 6.6 rebounds, 5.7 assists and 2.0 steals per 36 minutes over the last seven games for New Orleans.

But if the Pelicans ultimately decide that they are not going to offer him a contract this offseason and would prefer to get some value back before the deadline, Chicago could be the perfect destination for Ball.

Will LaMelo Ball live up to the hype? NBA execs, teammates and an overseas opponent weigh in 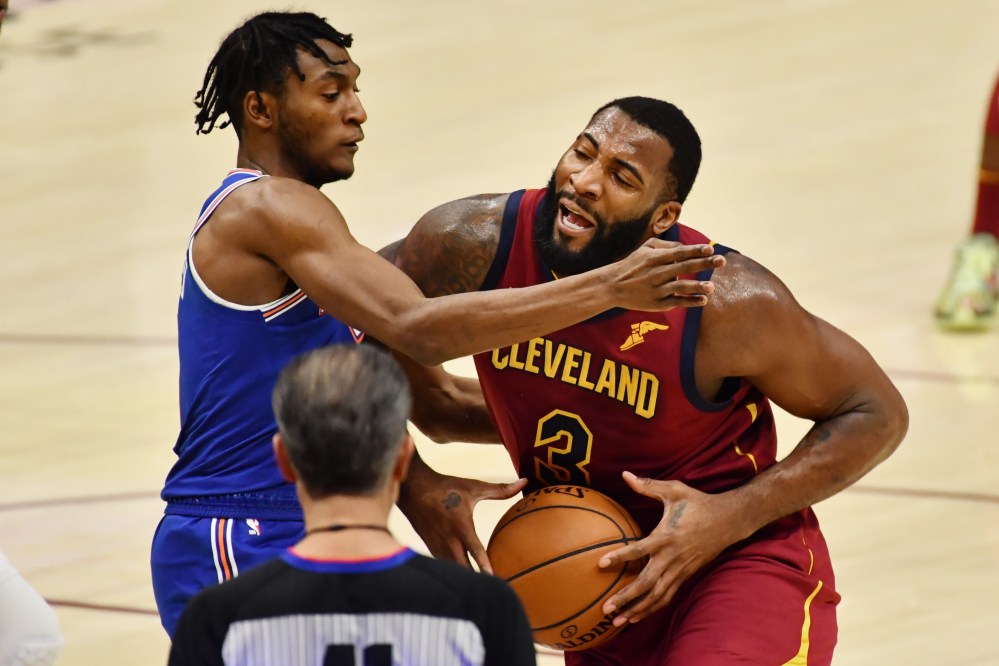