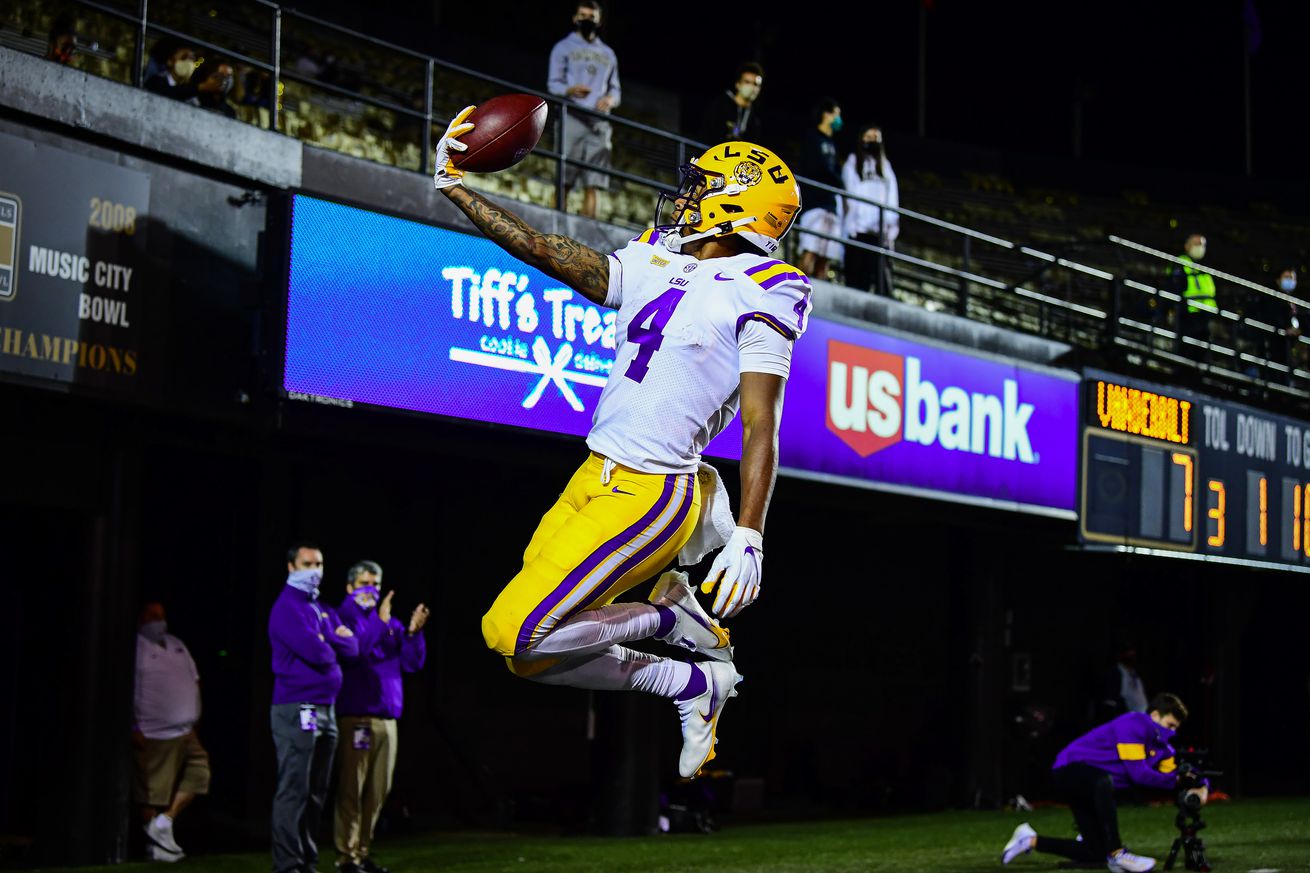 John Emery Jr. has his coming out party in Music City

The defending national champion LSU Tigers (1-1) picked up its first win of the 2020 football season, a 41-7 thumping over the Vanderbilt Commodores (0-2) in Nashville. The LSU offense looked a little more like the 2019 unit, with Myles Brennan completing 23 balls to 11 different receivers, while the Tiger defense picked itself up off the ground and held Vanderbilt to 266 net total yards, 113 passing yards, and came away with two interceptions.

Sure it’s Vanderbilt but a win’s a win. Now on to this week’s winners and losers.

Unquestionably the best game of his LSU career, Emery cracked 100 yards rushing for the first time, 12 carries for 103 yards and a score, and also caught three passes for 21 yards. Coach O has said he feels he has three starting running backs, but through two games Emery is showing that he simply has to get more touches. Perhaps Saturday’s win over Vanderbilt was the start of bigger workload.

I’m really happy for Kirklin. The senior from Lutcher has been buried on the depth chart behind future pros like DJ Chark, Justin Jefferson, Ja’Marr Chase and Terrace Marshall; he’s been a special teams ace and the scout team quarterback, but now Kirklin is starting to carve a role for himself in this 2020 offense and scored his first two touchdowns of his LSU career Saturday night including a back of the end zone toe-tap on a flea flicker.

The FLEA FLICKER
Two toes in for the TD!

0-1, 0 yards, 1 PBU: Stingley’s night defensively. The best defensive player in the country was back in full force and wouldn’t you know the LSU secondary was infinitely better with him on the field. And oh by the way, he was second on the team in all-purpose yards thanks to his 92 yards on punt returns.

When it came to extending drives, it was not the best night by the LSU offense. The Tigers were 4-12 on third downs and could only convert half of its third and short situations (2-4). LSU also failed to find the end zone on its lone third and goal, and had to settle for a field goal. You can get away with 4-12 on third downs against Vanderbilt and probably next week’s opponent the Missouri Tigers, but 4-12 in two weeks at The Swamp won’t cut it.

These two kind of go hand in hand, no? Brennan had clean pockets all night long, not getting sacked at all, and looked so much more decisive and confident. Through two games Brennan has thrown for 682 yards, seven touchdowns and completed 60 percent of his passes. Per LSU’s Todd Politz that’s a historic start for Brennan.

York is 9-9 on extra points this year, and 4-4 on his field goals. Saturday night York nailed a 53-yard kick with ease.