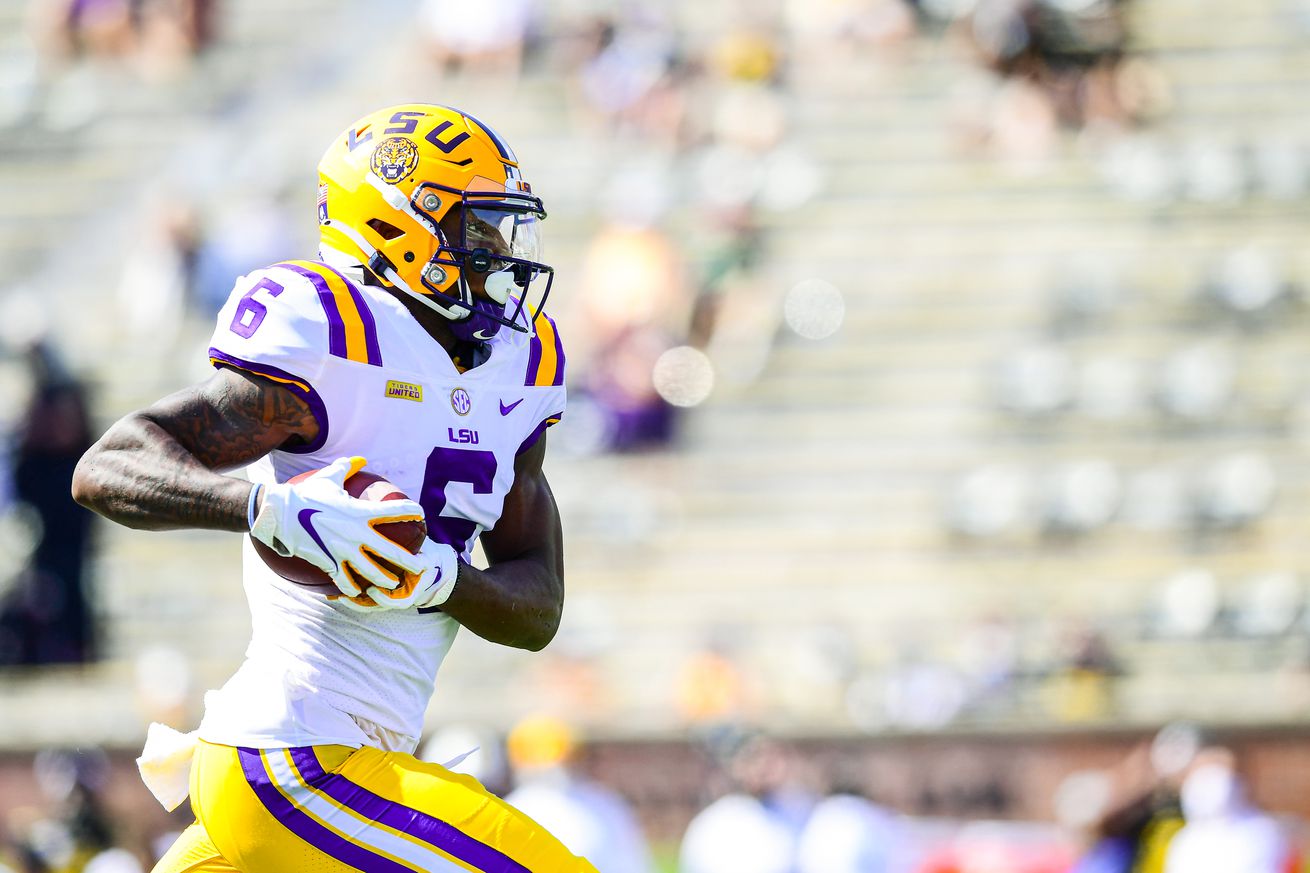 The wheels have come off

If this isn’t rock bottom I shudder to think what is.

LSU got beat Saturday by the Missouri Tigers 45-41. A four-point loss sure, but as an embarrassing a loss in program history compounded by the fact that, for the second time in three weeks, Ed Orgeron and Bo Pelini’s defense got eviscerated, this time by a redshirt freshman quarterback making his first career start.

In what was supposed to be the easiest stretch of LSU’s schedule, the Tigers have limped to a 1-2 start. There’s a trip to Florida looming. And Auburn. And Texas A&M. And oh by the way they still have to play Alabama.

Buckle up, y’all because this season is looking like it will only get worse.

The best player on the field Saturday morning, Marshall was a total force: nine catches for 235 yards and three touchdowns. For the year Marshall has caught 21 balls and found the end zone seven times, giving him a total of 20 touchdowns in 28 career games. Marshall has been a true number one wide receiver for Myles Brennan and should be a lock to be a first round draft pick come next April. It’s criminal that his teammates couldn’t reward his efforts with a win.

Speaking of failing to reward efforts with a win, the LSU defense owes Myles Brennan an apology. Brennan completed 60 percent of his passes for 408 yards and threw four touchdowns. He led LSU to 41 points and lost. Were there throws that he missed? Sure, every quarterback misses throws. But LSU has been playing football for 127 years, and if a Tiger quarterback had posted those numbers in any of the previous 126 seasons, LSU surely comes away with a win. This loss ain’t on 15.

At this point, Pelini is embezzling money from Louisiana State University. The $2.3 million man’s defense is allowing 32 points, 380 passing yards per game and 114 rushing yards per game. Today the defense surrendered 586 yards of offense and 406 yards through the air Missouri had touchdowns scored from 58, 29, 16, 41 and 21 yards. I remind you that this has been against what was supposed to be the easiest portion of LSU’s schedule.

While the loss to Mississippi State was ugly there were some things you could explain away: “oh well Derek Stingley had a freak allergic reaction and was hospitalized.” “Oh well LSU didn’t have Glenn Logan.” “It’s Mike Leach, the air raid is a gimmick and these things happen, that was a fluke.” Nope. This is who the LSU defense is. They are, through three games at least, quite literally the worst defense in program history.

In last week’s winners and losers I criticized the LSU offense for going 4-12. I said that might be good enough to beat Vanderbilt but it won’t cut it against better competition. Reader I WISH LSU would have gone 4-12 Saturday, instead they went 0-10. Scott Linehan was brought into be some kind of third down whiz and the LSU offense couldn’t convert a single third down against Missouri, continuing a rather disturbing trend. Here’s LSU efforts on third down through three games:

That’s 9 conversions on 39 attempts, or 23 percent. And at the center of all this…

“We are so much better on defense right now than any part of the season last year,” was how Coach O described his defense prior to the start of the season. Never mind the fact that was a shot at Dave Aranda, look at who LSU had on that 2019 defense: Patrick Queen, K’Lavon Chaisson, Jacob Phillips, Kristian Fulton, Rashard Lawrence, Grant Delpit, Breiden Fehoko, Tyler Shelvin, and Kary Vincent. The first seven names are all on NFL rosters, and the latter two are working out in preparation for next spring’s draft. To lose that much talent and say this defense is better than that defense isn’t just arrogant, it’s misguided and frankly a little idiotic.

These two losses are on you, coach. You brought in Bo Pelini after not being able to get along with Dave Aranda. You brought in Scott Linehan after he had been away from the college game for 17 years. Instead of making the innovative hire, Orgeron went the retread route and is reaping the rewards of those uninspired choices.

But it’s not just the bad hires, it’s the misuse of the talent on hand. John Emery had the best game of his LSU career last week and only got two carries, both of which came on the last drive. Jontre Kirklin only got two balls thrown his way; ditto for Racey McMath. Arik Gilbert, the freakshow tight end that every one made such a hullabaloo about, wasn’t on the field on the fourth and goal failure. Myles Brennan threw a long ball to the end zone to H-back Tory Carter. Not to Gilbert, who gets compared to Calvin Johnson, not to Marshall who practically lives in the end zone, but to Carter the fullback.

Whatever soul searching the staff does I hope they find a solution and fast, because the games are only going to get tougher from this point forward.