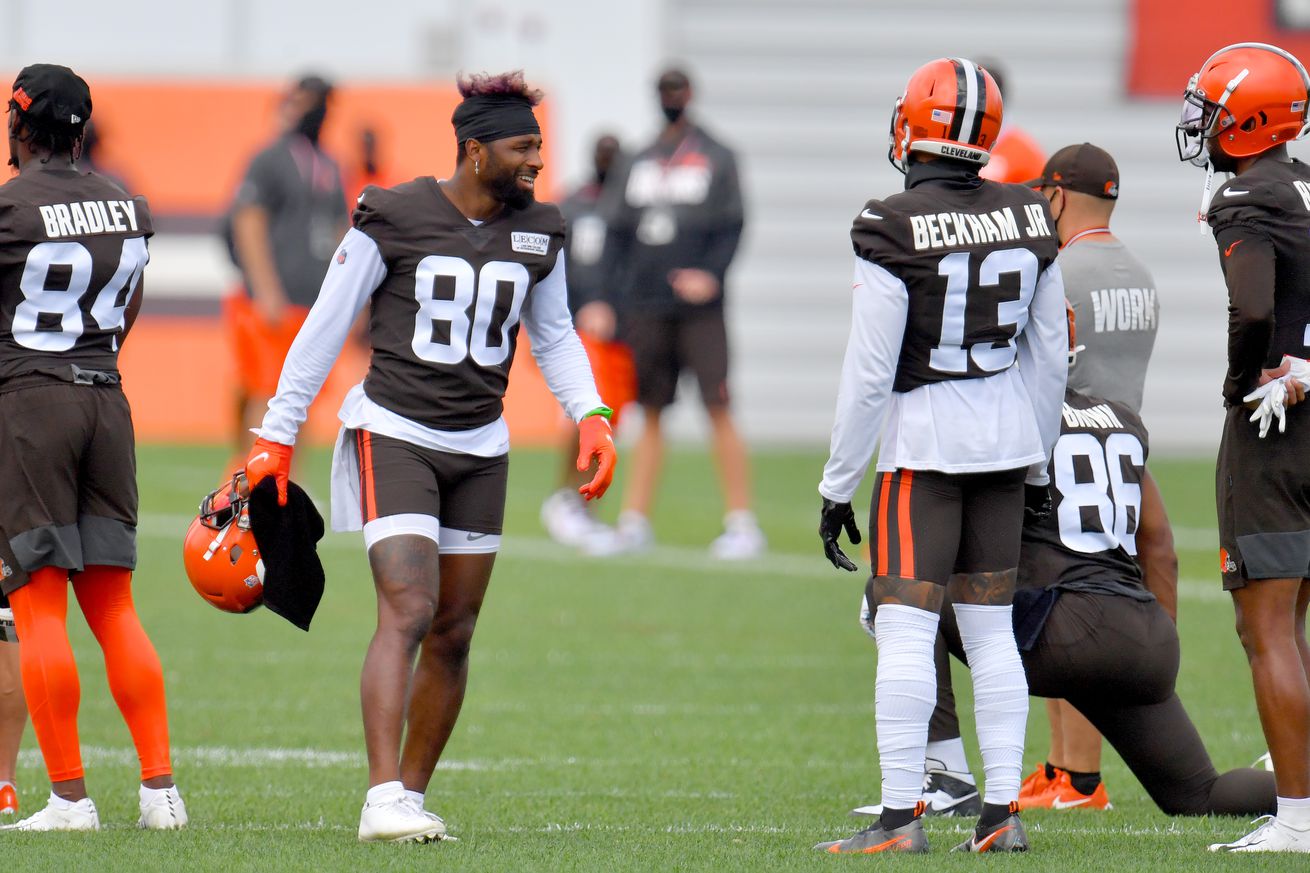 The NFL season kicks off Thursday night and all across the globe football fans have spent the past few weeks holding their fantasy football drafts. Personally I’ve never been much of a fantasy football player. I have two experiences playing fantasy: one year I finished dead last, the other I finished second in the league. It’s just not for me. I’ll live and die with the Saints and of course I’ll want all the LSU guys to do well.

Now I’m fully aware I’m in the minority here, and most people LOVE fantasy football. So what if you haven’t had your draft yet and wanted to have the most LSU possible team? Let’s talk this through.

Probably goes without saying, right? For years the one weak point in doing one of these experiments was LSU failing to produce NFL quarterbacks. Sure there was Matt Flynn’s epic six touchdown game playing in place of an injured Aaron Rodgers, but that was a flash in the pan. Even after parlaying that one game that into a $19 million deal with the Seahawks, Flynn never started for Seattle because of Russell Wilson’s emergence. And I don’t think we need to revisit the JaMarcus Russell fiasco in Oakland.

Burrow is unquestionably the guy for Cincinnati. The No. 1 overall pick, Burrow has been the starter since arriving in Cincinnati and he’s the odds on favorite to win Offensive Rookie of the Year. He’s your LSU fantasy football quarterback by default unless of course you want to roll with #Good quarterback Danny Etling.

Look man, Clyde is in the perfect situation with the Kansas City Chiefs. Edwards-Helaire will not only be the starting running back in Kansas City, he gets to play along side the best quarterback in the NFL, Patrick Mahomes, who captains the best offense in football. A gifted runner and and receiver, Edwards-Helaire is already thought of as a top fantasy option behind established backs like Christian McCaffrey, Alvin Kamara, Saquon Barkley, Ezekiel Elliot and Derrick Henry. Edwards-Helaire is also second to Burrow for Offensive Rookie of the Year odds.

The Bucs made headlines when they signed Tom Brady and his noodle arm in the offseason. To help Brady out, the Bucs also signed Leonard Fournette who was released by the Jacksonville Jaguars at the end of August. I’m sure the Jaguars, the most respected sports organization out there, knows exactly what they’re doing by setting a 25-year-old Fournette free. In three seasons, Fournette’s rushed for 2,631 yards and 17 touchdowns and last year he caught a career-best 76 passes.

The umpteenth reminder that LSU had an absurd amount of talent at wide receiver in the 2010s and never truly took advantage of that blessing. Beckham, Chark and Landry are all among the best at the position and are top-25 receivers as far as fantasy is concerned.

Beckham’s first year in Cleveland was a bit of a downer but despite the Browns’ struggles he still caught 77 passes for 1,034 yards and four touchdowns. Most importantly, he played in all 16 games, something he hasn’t done since 2016, his last Pro Bowl appearance. Landry also played in all 16 games for the Browns and slightly outperformed Beckham in 2019: 83 catches, 1,174 yards and six scores. Expect better numbers from Beckham and Landry now that former Browns head coach Freddie Kitchens has been banished to the shadow realm.

Chark, on the other hand, has turned into quite the productive receiver in Duval. After only catching 14 passes as a rookie in 2018, Chark’s production increased exponentially: 73 catches, 1,008 yards and eight touchdowns. Those numbers earned Chark his first career Pro Bowl selection. But the biggest reason you should take Chark is because Jacksonville’s absolutely tanking, which means mustachioed second year-quarterback Gardner Minshew will be chucking the ball all over the yard in 2020.

I’m no fantasy expert but this is probably as solid a receiving trio you can get. Three Pro Bowl receivers is tough to beat. I can’t in good conscience replace any one of these three guys with a Justin Jefferson or Russell Gage.

Let me retract my previous statement about the quarterback spot being the weak link in an all-LSU fantasy football experiment. That honor goes to the tight end position. I mean, at least you could ironically draft Flynn, Etling or Russell, you know? But LSU tight ends in the NFL? Woof. There’s not a lot to work with here and Moreaus gets the spot by default, especially with Thad Moss on the injured reserve list. Moreau only caught 21 balls last year, but did score five touchdowns.

You could go a few different ways here. Kwon Alexander is a big part of the 49ers, one of the best defenses in the league if not the very best; it’s safe to assume Patrick Queen will be the next great Ravens linebacker, in fact Queen has the third best odds to win Defensive Rookie of the Year honors. Danielle Hunter is a stud pass rusher for the Vikings who are consistently a top-10 defense. And hey maybe Jamal Adams has another All-Pro effort in his first year with the Seattle Seahawks.

You could also go quantity over quality and take a team like the Buccaneers who have Devin White and Kevin Minter on the active roster, or the Browns who have Greedy Williams, Jacob Phillips and Grant Delpit though he’s on IR after rupturing his Achilles. And who knows, maybe Jarvis or Odell returns a few punts for the Browns.

But I think the play here is Buffalo. You get Tre’Davious White, an All-Pro who just signed the richest contract for a corner, AND you get the added bonus of getting Reid Ferguson who handles long snapping duties.

San Francisco and Buffalo are No. 1 and 2 for defense and special teams across the board so you can’t go wrong with either. But I’m going with Buffalo because 1) the 49ers stand in the Saints way of winning the NFC and 2) Kwon Alexander inexplicably blocked me on Twitter a few years ago, while neither White nor Ferguson have yet to block me.