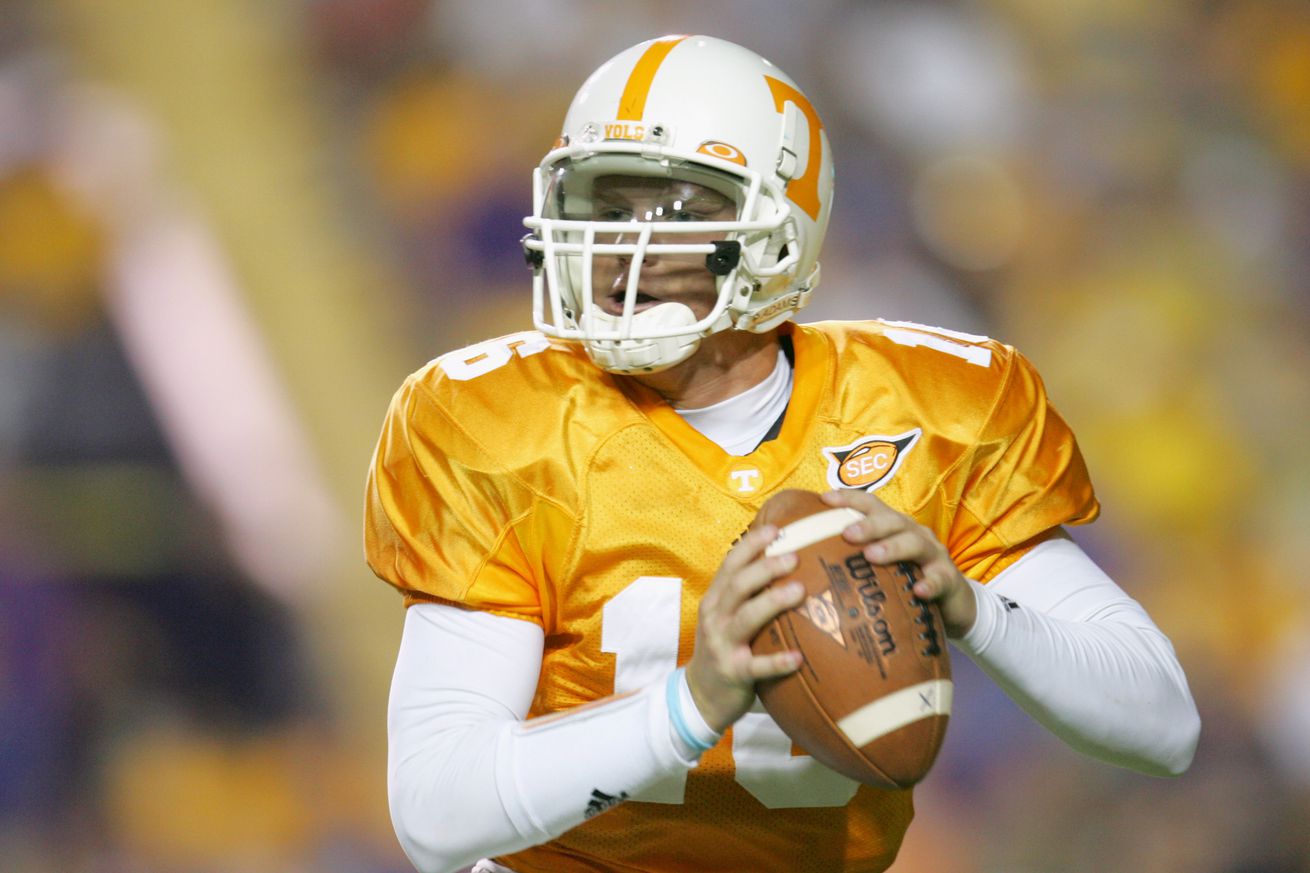 Rick Clausen: LSU’s last left-handed quarterback. We don’t even have photo evidence of him in an LSU jersey | Photo by Ronald Martinez/Getty Images

Come back in time with me to the November 2002

Saturday could be a monumental day for Max Johnson, myself and about 10 percent of planet earth’s population: LSU may be forced to start a left-handed quarterback.

Per Coach Orgeron’s weekly presser with reporters, Myles Brennan would not have played last weekend had last week’s Florida game happened and is “questionable” to play this Saturday against South Carolina.

If Brennan can’t play, the starting job will be between TJ Finley, a righty, and Johnson, a lefty. Now do I want Brennan to miss action because of injury? Of course not. But! If this opens the door for a left-handed LSU quarterback (my life’s dream) well…

Left-handed quarterbacks are a delightful rarity, something I was curious if LSU’s ever experienced. So I reached out to Todd Politz, the king of obscure LSU stats, and this is what his research found:

I’ll remind you that while Clausen is the last left-handed starting quarterback for LSU, he’s not the last lefty to throw a pass in a Tiger uniform. That distinction goes to Justin McMillan, who completed his one and only pass attempt in 2016 for 19 yards; McMillan transferred from LSU when Joe Burrow was named the starter prior to the start of the 2018 season and enrolled at Tulane. Lowell Narcisse, another lefty QB, was in LSU’s 2017 signing class but he recorded no stats as a Tiger. Like McMillan, Narcisse also transferred after Burrow won the starting job, first to Mississippi Gulf Coast Community College before ultimately landing at UT-San Antonio.

Anyway, I did some digging on Rick Clausen and this is what I found. In that November 22, 2002 start against Ole Miss, Clausen only played the first quarter—throwing six passes and completing two of them. I can’t find any photos of Clausen in an LSU uniform. This hurts my feelings.

But it gets worse!

In his LSU career, Clausen was 5-12 for 35 yards and an interception before ultimately transferring to Tennessee after the 2003 spring practices. That means our lefty boi didn’t even get a national championship ring.

BUT IT GETS WORSE!

See that picture in the headline? That’s Clausen playing for Tennessee, leading the Vols comeback against LSU on the Monday night game in Tiger Stadium after Hurricane Rita in 2005.

Do you folks remember who was the defensive coordinator for LSU in that game? Bo Pelini! I hate it here!

Anyway, here are some things that were going on the last time LSU had a left-handed quarterback taking snaps.

What I’m saying is, tune into and the valley shook dot com 18 years from now when a new left-handed quarterback plays for LSU and we can revisit all the terrible things that plagued 2020.