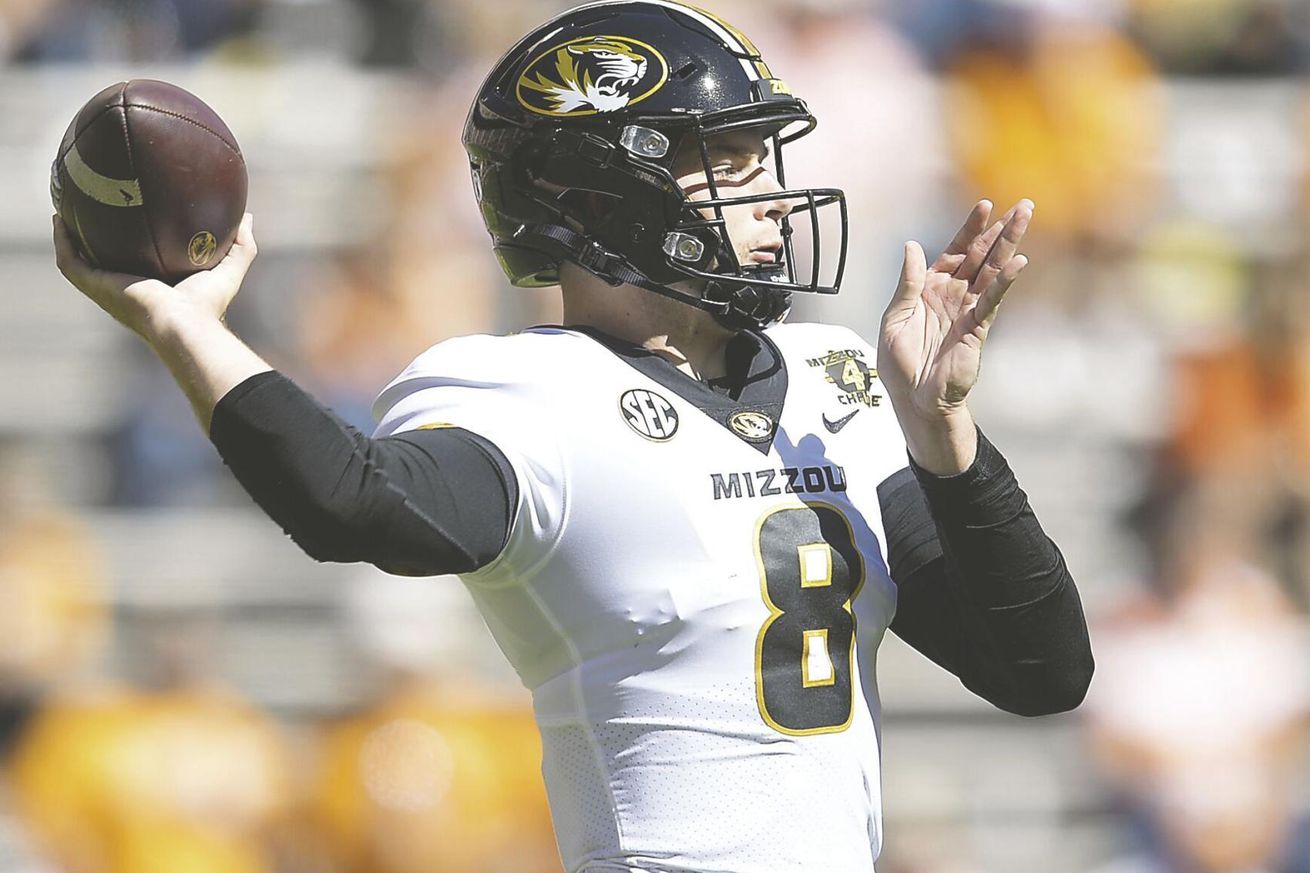 One last test run before a massive trip to The Swamp

So we arrive at our last game before Florida. This one should be comfortably winnable, but will not be quite as easy as Vanderbilt. Mizzou, for starters, has a better QB in Connor Bazelak than Vanderbilt did; the Tigers also have a legitimate, Pro Bowl potential superstar linebacker in Nick Bolton, who is probably a top-five at the position nationwide. After Derek Stingley, Bolton is probably the best player in this game, he’s that good. On the interior of their defensive line sits tackle Kobie Whiteside, an extremely talented senior who played sidekick last season for high NFL draft pick Jordan Elliott. On offense, the talented Connor Bazelak makes his second career start, with his first—a year ago—being cut short due to a torn ACL after nine attempts.

For LSU, things are looking a bit up after a thorough dismantling of SEC punching bag Vanderbilt. Derek Stingley returned with a bang, erasing his matchups and flashing brilliantly on punt returns. He figures to see a lot of Mizzou’s top wide out, Virginia Tech transfer Damon Hazelton, a matchup he should have little trouble dominating despite Hazelton’s solid talent. Myles Brennan looked far more comfortable and decisive, and the LSU offensive line was superb in keeping him clean against a pass rush that gave the protectively challenged Texas A&M Aggies some headaches. With Ed Ingram out this week, and the presence of Kobie Whiteside on defense, this will be another test for them before Florida.

What To Watch For

Eli Drinkwitz has ended the competition between Connor Bazelak and Shawn Robinson for QB1 after Bazelak played a solid final three quarters of last week’s matchup with Tennessee. Bazelak didn’t hoist them back into the game, but he showed that he is clearly the better quarterback, and displayed a lot of talent as a passer. He is intriguing, and while he faces a defense far more talented than his surrounding cast, he is a threat to make some pretty impressive throws and has a not terrible baseline as a processor. That may go out the window against a dangerous LSU pass rush, the no fly zone that is Derek Stingley, and a developing, talented Eli Ricks, but they have something to work with in Bazelak. Bazelak is a much bigger test for LSU than true freshman Ken Seals was, so expect a few impressive plays from him.

Press at your own peril

When I looked at the tape from their matchups with Tennessee and Alabama, I was surprised to see how aggressive they play with their defensive backs. They backed off of Alabama’s receivers after a little bit, but it’s clear that their highly regarded, talented young defensive coordinator Ryan Walters loves to play cover one and man up with receivers. Considering how effective Myles Brennan has been with the deep ball early, and the talent LSU has on the outside (including Arik Gilbert), it’ll be very interesting to see if LSU just goes out and takes shot after shot. Hopefully now is the time they start popping Arik Gilbert up the seam on 4 verts.

“This is a cold man”

I cannot wait to watch Nick Bolton on Saturday. He is a great athlete, an excellent gap fitter, a solid cover guy, and a flat out weapon. I fully expect him to be a major presence in this game to the frustration of LSU fans.

Department of the Interior

Ed Ingram looks to be a potential no-go on Saturday, or at the very least a not near 100% go. Ed Ingram is probably LSU’s best offensive lineman, and the inexperienced Charles Turner will get some major snaps in his place. This is quietly a dangerous matchup for this to happen in. Defensive tackle Kobie Whiteside is awesomely gifted. When at either the 0 or 1 tech position last year, he posted a pass rush win rate of 16%, which was quite literally the best among currently active players in the power 5 at those particular alignments according to Pro Football Focus. His overall pass rush grade last year from PFF was a rock solid 78.8. This is a whale of a matchup for Turner and center Liam Shanahan, so it’ll be interesting to see how they handle him.

Against Vanderbilt, LSU had a little bit of trouble defending their outside zone schemes at times, giving up a few chunk runs. Eli Drinkwitz likes to run a lot of the same concepts, and he has a returning 1,000 yard rusher in senior Larry Rountree III. It’s probably not a deathly concern, but it’s something to look out for.

Mizzou got absolutely pillaged by Tennessee’s run game, giving up 230 total yards and four touchdowns on the ground. Saturday is an excellent opportunity to reward John Emery for his breakout and turn him loose as your stud, go to back. Let him run wild.