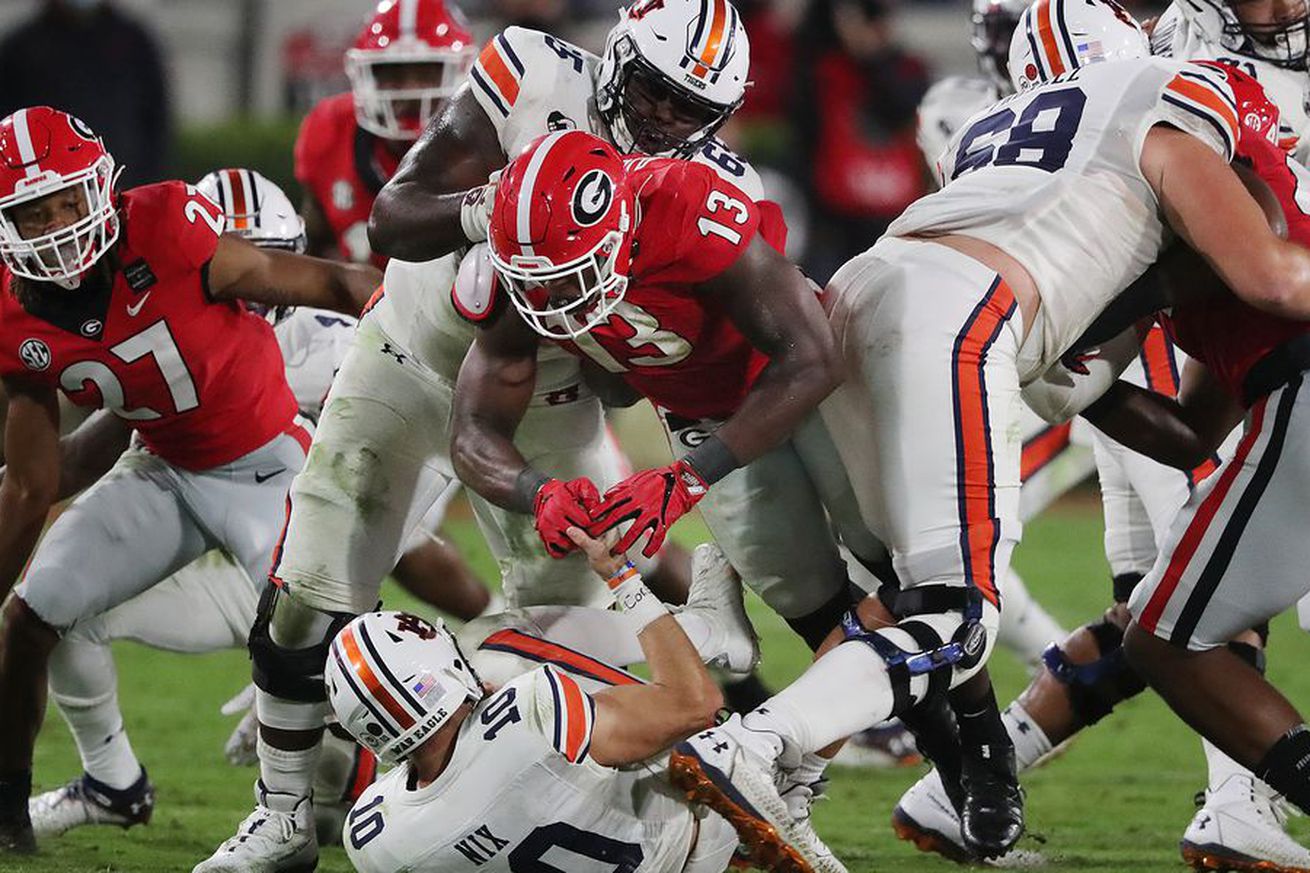 Auburn week has arrived, and this is…….THE LAST GAME BEFORE ALABAMA?!? We’ve comfortably established at this point that this LSU team can lose to anyone easily, but this Auburn team should be 1-4 (thanks SEC refs). They have clear weaknesses that LSU needs to be able to exploit if it’s going to win on Saturday in a game that is extremely important toward somewhat salvaging the season.

Despite its clear faults as a team (particularly quarterback and offensive line), Auburn is actually pretty gifted at the skill positions in a way that should give an opponent pause. Seth Williams catches just about everything, Anthony Schwartz is among the fastest players college football has ever seen and has displayed noticeable development at the receiver position, and Tank Bigsby is the most appropriately named running back ever. Given how LSU’s defense has struggled apocalyptically, any of those guys may plaster themselves all over SportsCenter come Sunday morning.

I’ll let you in on a secret: LSU can’t defend the run, or the pass, but definitely the run too. The South Carolina game really displayed how this front seven has been woefully taught on basic things like gap assignments. I understand how radically everything changed from the two gap system of Dave Aranda to the single gap one of Pelini but it certainly didn’t get more complicated relative to 2019. Guys were constantly out of gaps or passively standing there, seemingly unsure of their fit assignment only to be easily blocked as a result (Damone Clark). Tank Bigsby is a step above from anyone LSU’s seen this year and has been running very well, so gulp.

Protectors of The Realm

Auburn’s offensive line is flat out awful in pass protection, with Bo Nix facing pressure on 23% of dropbacks per SEC Statcat. It isn’t just that they get straight up beat (which they do), they are constantly errant in their protections calls and checks, misidentifying pre-snap looks and frequently sliding to the wrong side, which opens up Nix to free rushers. That may not be a problem with LSU seeming to not have too many sim pressures installed (a blitz package that brings non-traditional pass rushers like an off-ball linebacker or defensive back), but the Auburn offensive line is still weak at actually, you know, blocking people. Combine this with the fact that Bo Nix is about as skittish as a frightened deer and Auburn’s passing game is susceptible to stifling at the hands of any kind of pass rush. Luckily for LSU, that’s basically their only defensive strength at the moment. BJ Ojulari and Ali Gaye could really disrupt everything if Auburn is forced into obvious passing situations frequently. That will require stopping the run but see above.

Survival of the fittest

I don’t know how else to say it but they have to figure out their fit assignments. Not only do you need to be in the right gap, you need to be confident and aggressive in your fit. If these simple conditions are not satisfied, Tank Bigsby is running for 220 and Auburn’s putting up 42. It’s that simple, get it right.

I’m very interested to see how Finley follows his solid first performance. I’m even more interested to see if LSU lets him take shoulder a bit more of a challenge, like calling more complex concepts or letting him take a few more downfield shots. LSU called RPOs at a high rate last week and I expect that to continue, but if Kevin Steele plays his DBs up and makes that a bit more difficult, does Finley allow you to counter?

Freedom of the press

It would behoove LSU to call a very aggressive game defensively. Auburn calls an absurd amount of RPOs, to the tune of 31.40% of pass attempts (SEC Statcat). They will take some shots when their protection allows, but Bo Nix’s average depth of target is sitting at 7.81 yards right now meaning they like to throw quick. LSU’s corners have, in spite of everything, played pretty solid football, and this is a good opportunity to really let them play tight football. Press these receivers and keep it simple and aggressive in coverage. Stingley versus Seth Williams Part II will be fun. Also they should consider blitzing a fair bit to panic Nix and overwhelm their protections.