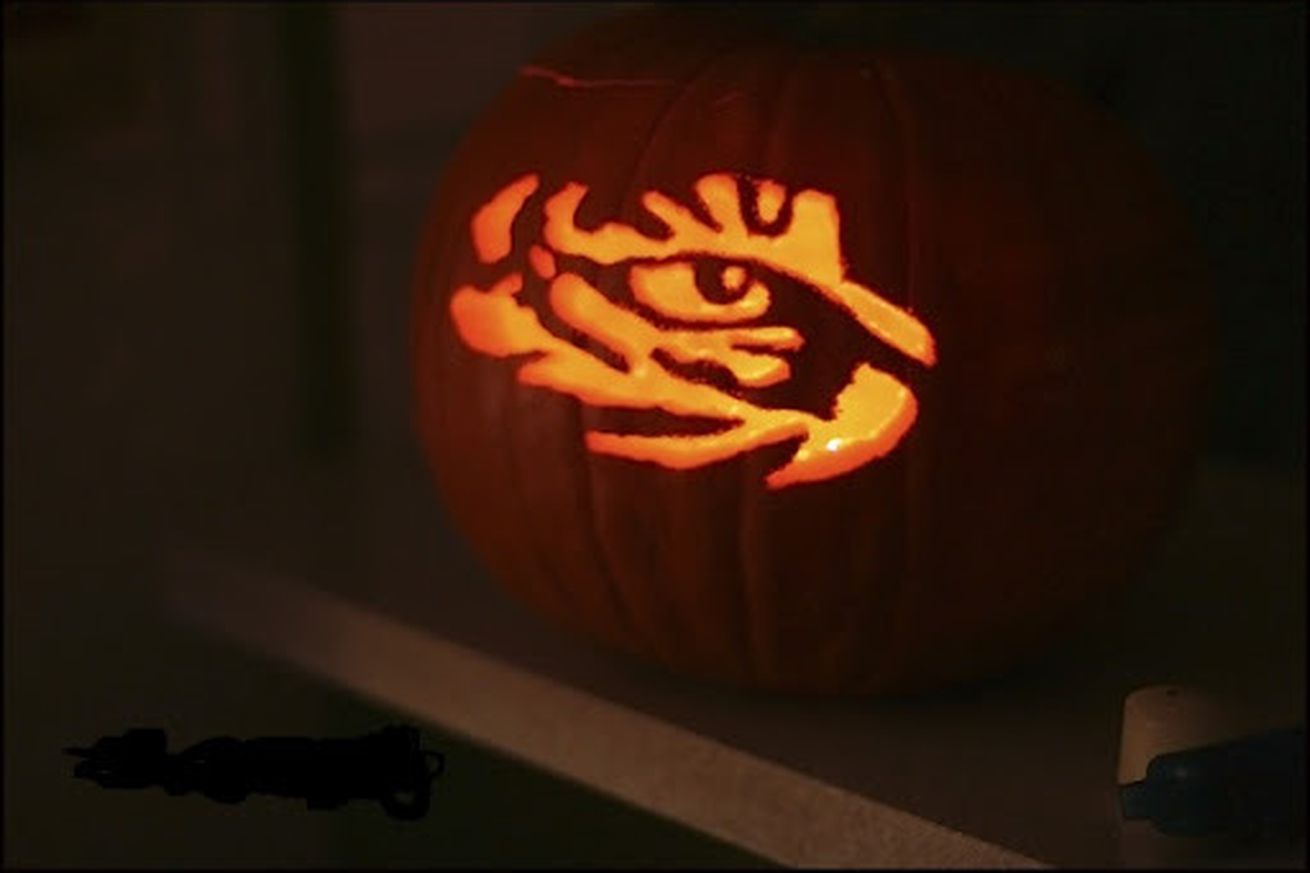 An And the Valley Shook spook-tacular roundtable!

Okay friends! In the spirit of Halloween, what player scaaaaaaaared you as an LSU fan the most?

Quinnen Williams. Going into that 2018 Alabama game I knew they would have no ability to block him whatsoever and he’d completely ruin the entire game. Like, I’d never had that sense of foreboding before about a single player during a game week. It was just that he, their biggest strength, lined up with 2018 LSU’s biggest weakness and boy was it a bloodbath. Only the Jets could have ruined him, only the Jets.

Amari Cooper was always terrifying. Maybe because it was so early in his career that he was going to be that guy. Was always scared he would jump over you or run past you, and this is before Bama had it’s passing game renaissance.

As an LSU opponent, it was Nick Fairley. While he only really contributed for Auburn that 2010 year, he was by far the most dominant SEC defensive tackle I’ve seen. Constantly in the backfield, he added to that strength and athleticism with a mean streak that may still haunt Jordan Jefferson to this day. Was some of it dirty? Yeah, I mean it’s debatable, but to really strike fear in someone, you kind of need that to cause true chaos.

As an LSU player, mine will have to be JC Copeland. If there was one truly bright spot throughout Miles’ tenure here at LSU, it was that he always had just punishing fullbacks. He still has one of the greatest moments at LSU for me, and no, it’s not the Alabama play.

Darren McFadden. He destroyed LSU defenses and was one of the primary authors of what felt, at the time, as the most soul-crushing loss in LSU history, when it seemed LSU had blown the 2007 title by losing in double overtime at home.

Look at his numbers by game:

That is a combined line of 445 yards on 77 carries for 6 touchdowns. He also completed at least one pass in all three of his games against LSU for a combined line of 6/9 for 89 yards and a TD. Oh, you may not think that freshman year game looks all that great, but he returned a kickoff for 80 yards, setting up a touchdown. He was their best player in 2005, too. He completed a fourth down pass to keep the Hogs alive on the final drive, which ended on a Landry interception in the end zone. Darren McFadden ran through LSU defenders like they were practice cones, and this was at the peak of the myth of the LSU defense. He was unstoppable, and it was made worse by the fact he was seemingly Arkansas’ only weapon, and we still couldn’t do jack.

I mean, the Hogs let him throw 9 passes against LSU because they were trotting Casey Dick out there under center. In those three games, Dick had a combined line of 25/63 for 271 yards, 3 TD, and 2 interceptions. Arkansas won the first two games by 2 and 5 points, respectively, and upset LSU in 2007 by 2. Arkansas took great LSU teams to the brink three consecutive years with downright incompetent quarterback play, all because Darren McFadden is a damn superhero. He is the best single opposing player I have ever seen and just speaking his name makes me break out into hives.

Players have come close to beating LSU all by themselves before. McFadden almost did it three times. He is the ultimate horror movie monster, as he kept rising up from the grave for one more kill. In his final season, he finally got us.

Poseur took my pick and I try not to echo what others have said because that’s no fun. But let the record show that I too am haunted by Darren McFadden, Felix Jones and arguably worst Madden cover athlete ever Peyton Hillis.

So if I can’t have Run DMC, I’ll go with Tua. Tua didn’t even play all that well when Bama beat LSU 29-0 inside Tiger Stadium, but he still threw touchdowns and ran for a third. And a hobbled Tua threw for 400 yards and four touchdowns in last season’s 46-41. Yeah he had two costly first half turnovers, but I was standing on a ledge when he threw that 85-yard bomb to Devonta Smith.

I also try to go off the board with these roundtables and I’ve got a terror for two other sports. For basketball, Anthony Davis terrified me. Davis may have only played LSU once while at Kentucky, but he was a true horror movie villain in that game. Remember, LSU actually had a one-point lead over a Kentucky team that would go on to win the national championship but Davis was so long and such a good defender you knew any drive to the hoop would get rejected by him. And they did! Davis ended the day with 12 points, 14 rebounds and six blocks and I was genuinely surprised it was only six blocks. Isn’t that what makes a good villain? Someone or something where you know what’s coming but you’re helpless to prevent it from happening? That was Anthony Davis.

I also want to reluctantly admit to being scared of Brady Singer. Singer faced LSU twice in 2017 and was dominant in both starts. The first was a complete game, one-run effort in the regular season, the second was Game 1 of the 2017 College World Series where he struck out 12.

The scariest thing about Singer was how young his face was. It never sat right with me. Behind that baby face was a stone cold killer on the mound and he absolutely handcuffed maybe the best LSU baseball team to not win a national championship. I think a scary child like the twin girls from The Shining or Damien from The Omen is more frightening than any monster. Brady Singer has that same kind of youthful face that made him unnerving. And he was a damn good pitcher too!

I’m gonna cheat and say the entire Alabama defense of the past decade. I was torn between 10 different players from that defense for this answer before I realized there was never *one* player that scared me, it was the entire unit. CJ Mosley, Jonathan Allen, Minkah Fitzpatrick and Quinnen Williams never haunted my dreams. Instead my dreams were haunted by whatever freaks they would bring out next year. The Alabama defense is what brought me the most pain as an LSU Football fan.

I sleep a little bit better now though.

So those were our picks for opposing player that scared us the most. What about you? Comment below or tweet @ATVShook with your pick