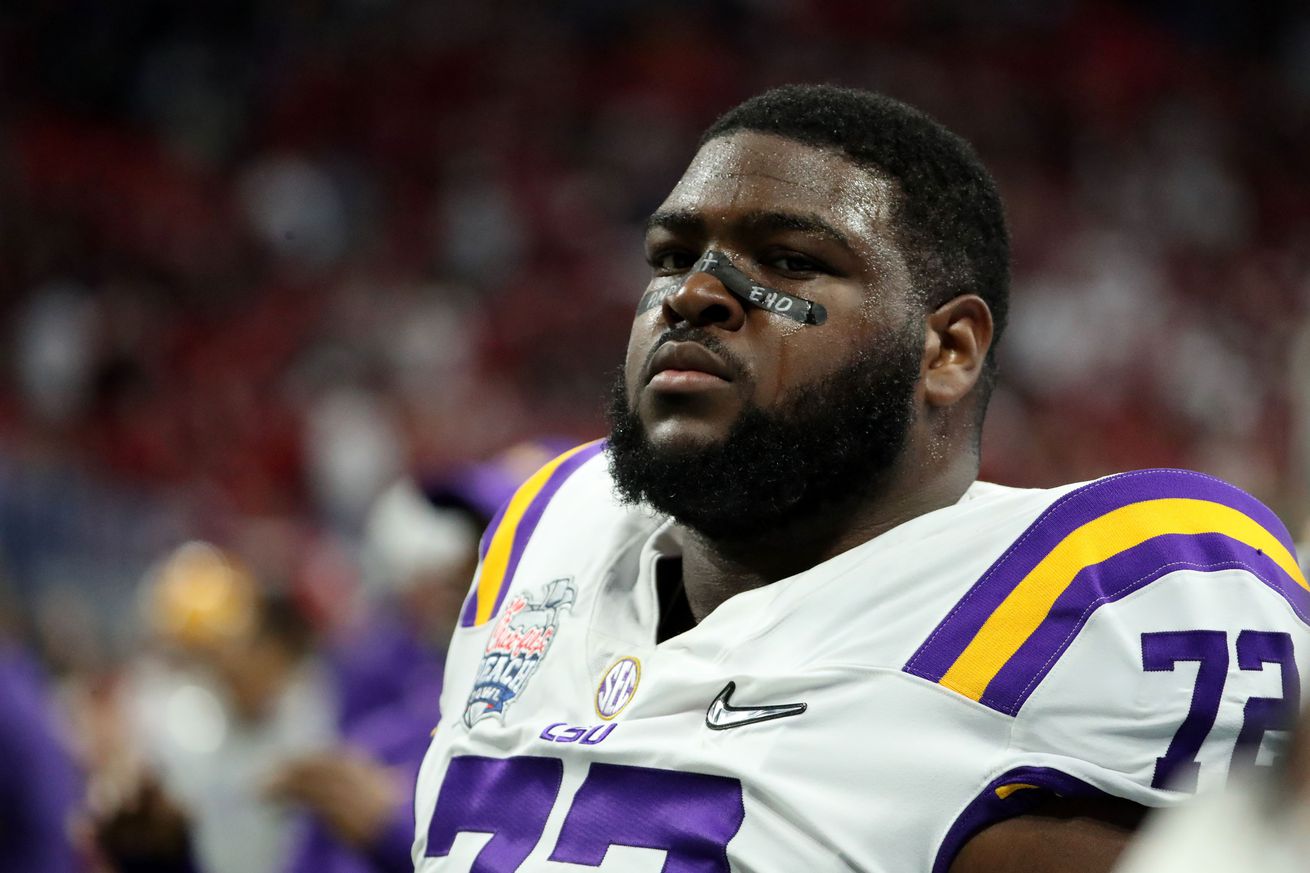 On the same day that junior wide receiver Ja’Marr Chase confirmed reports he would be opting out of the 2020 football season, redshirt junior defensive tackle Tyler Shelvin made a similar announcement Monday afternoon.

Shelvin was a draft-eligible at sophomore at the conclusion of the 2019 season but initially elected to return to school. Like Chase, Shelvin has a first round grade for the 2021 Draft. Last year Shelvin had the best season of his LSU career accumulating 39 tackles and three tackles for loss at the nose tackle position. He was the No. 1 player in Louisiana for the 2017 recruiting class.

Shelvin was expected to be a starter at defensive tackle in Bo Pelini’s new 4-3 defensive alignment, instead he’s yet another member from the 2019 team that won’t be on the field for LSU in 2020. Shelvin joins Chase, Kary Vincent and Neil Farrell as players who opted out of playing in 2020, but Farrell is the only player expected to return to Baton Rouge in 2021.

With Chase and Shelvin opting out that leaves LSU with only five starters returning from last season. LSU now has 34 players gone from last year’s roster.

LSU lost a second defensive linemen Monday as TK McClendon announced he was transferring from the program.

McClendon came to LSU via Copiah-Lincoln Community College originally as a tight end. He caught one pass for 12 yards in last year’s opener against Georgia Southern, but converted to defensive end this offseason. It’s not yet known where McClendon will enroll next or if he’ll play offense or defense. McClendon was the No. 33 prospect among JUCO players and the No. 3 tight end.

LSU has now lost four defensive linemen this summer: McClendon and Shelvin join Justin Thomas, who transfered to UAB, and the aforementioned Neil Farrell who opted out of playing this year.