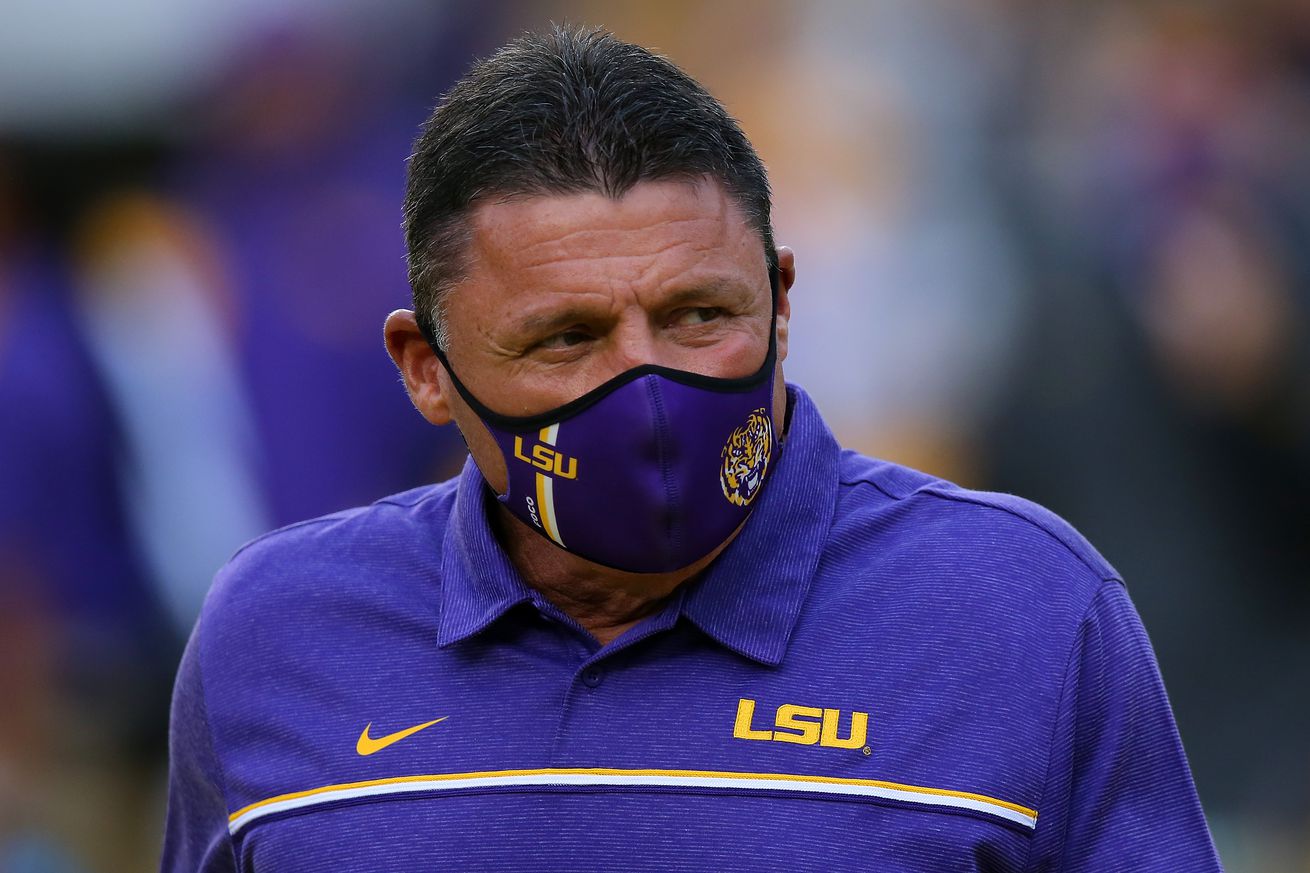 Fresh off its worst loss in nearly a quarter of a century, LSU head football coach Ed Orgeron had his weekly meetings via Zoom with reporters ahead of the Tigers’ open date.

When one’s team loses by 37 points there’s plenty to be disappointed in. Orgeron’s initial disappointment was with the Tiger offensive line.

Of course the offensive line wasn’t alone in getting beat at the line of scrimmage. Orgeron’s defensive line had a rough go of things at Jordan Hare as well, allowing over 200 yards and failing to sack Auburn quarterback Bo Nix.

Before taking questions, Orgeron shared how his team’s week will go. Coach O said that while they will begin preparing for Alabama, they “have to fix us first.”

The first question lobbed Orgeron’s way was on the health of redshirt junior quarterback Myles Brennan. Orgeron said Brennan, who hasn’t played since week three’s loss to Missouri, will throw the ball “a little bit.” Orgeron flatly said Brennan is not ready to play as of today and isn’t sure Brennan will be ready for next Saturday’s Alabama game.

Orgeron was then asked how the quarterback position will be handled if Brennan isn’t able to play and he has to choose between true freshmen TJ Finley and Max Johnson. The coaching staff was hopeful Finley would have taken a step in his development Saturday against Auburn but “obviously he didn’t.” Finley was 13-24 for 143 yards, two interceptions and also fumbled the ball away, which Auburn returned for a touchdown. Max Johnson came in after Finley’s second interception and went 15-24, for 172 yards and also threw a 43-yard touchdown to fellow freshman Kayshon Boutte.

“Hopefully Myles is ready,” Orgeron said. “If not I’ll have them compete and see who practices better and we’ll see what happens. If TJ would have played well, obviously he’d have it locked up.”

While Orgeron is unsure of the health of his starting quarterback, he is confident in the DNA of his football program. Despite the 2-3 start and the defensive woes, Orgeron believes LSU is building a championship caliber team.

An interesting tidbit from Orgeron’s presser is his hope some of his veteran players will take advantage of the NCAA allowing all fall athletes an extra year of eligibility.

“We’re going to look at our roster management and see where we’re going to get better in our roster,” Orgeron said. “I asked guys to stay. We got an extra year with these guys. Some of these guys I want them to stay, see if we can have a mature team next year and I know I’m building a championship team, there’s no doubt in my mind.”