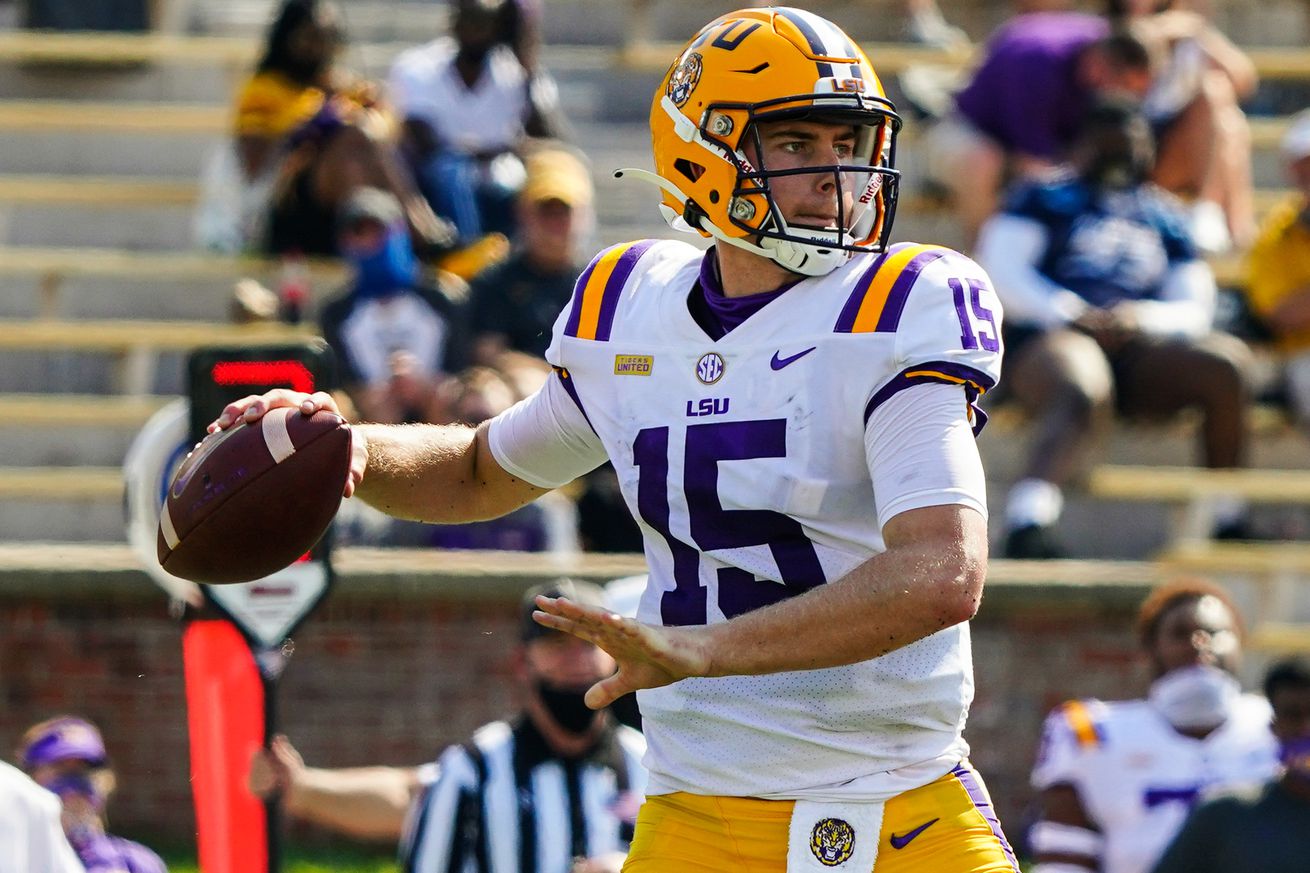 Coach O provides an update on the health of Myles Brennan

After having an unexpected weekend off, LSU football coach Ed Orgeron met with reporters via Zoom to recap how the staff spent their bye week and preview the South Carolina Gamecocks (2-2).

“Last week we spent most of the week fixing LSU,” Orgeron said. “Some of the things we worked on were simplifying our defense, our communication, tackling, our fundamentals. On offense we started with the goal line, especially the one-yard line, making better choices at the one yard line. I do believe we fixed it. On third down, identifying the problems on third down, fixing them. Better scheme, better execution.”

“Now it’s on to South Carolina.”

The most pressing issue was the status of redshirt junior quarterback Myles Brennan. Last week Orgeron said Brennan was doubtful for the Florida game due to what’s reported as a lower body injury; Monday Orgeron admitted that had that game happened, Brennan would not have played. Orgeron said that Brennan is questionable to play Saturday.

“Myles has a significant injury to his lower body, something that we do believe is going to heal,” Orgeron said. “It’s taking a little bit more time to heal. We thought he’d be back today, but he’s not. I don’t know if he’s going to play this game.”

If Brennan is not able to play, the starting quarterback responsibilities will fall on the shoulders of a true freshman, Max Johnson or TJ Finley. Orgeron said he believes both have “NFL talent” but conceded that neither have been in any “live action.”

“We’re going to practice both of those quarterbacks this week,” Orgeron said. “We’re going to tell them whoever has the best week is going to start. I plan on giving them both a chance during the game, either one starts, I want to see what they can do. The only way to do it is in live action.”

Orgeron said that in fairness to Johnson and Finley he’d tell them which one would be starting, should the need arise, after Thursday’s practice. But Orgeron reiterated to reporters that “right now Myles is our starting quarterback.”

The Athletic’s Brody Miller reported that Brennan played three quarters of the Missouri game with a torn muscle in his abdomen.

Myles Brennan played three quarters with a torn muscle in his abdomen. He still threw for 430 yards.

On Brennan playing through pain, his status for Saturday and what that means for #LSU with two freshman backups.https://t.co/as6wFbz1zX pic.twitter.com/hUTIXHCv0S