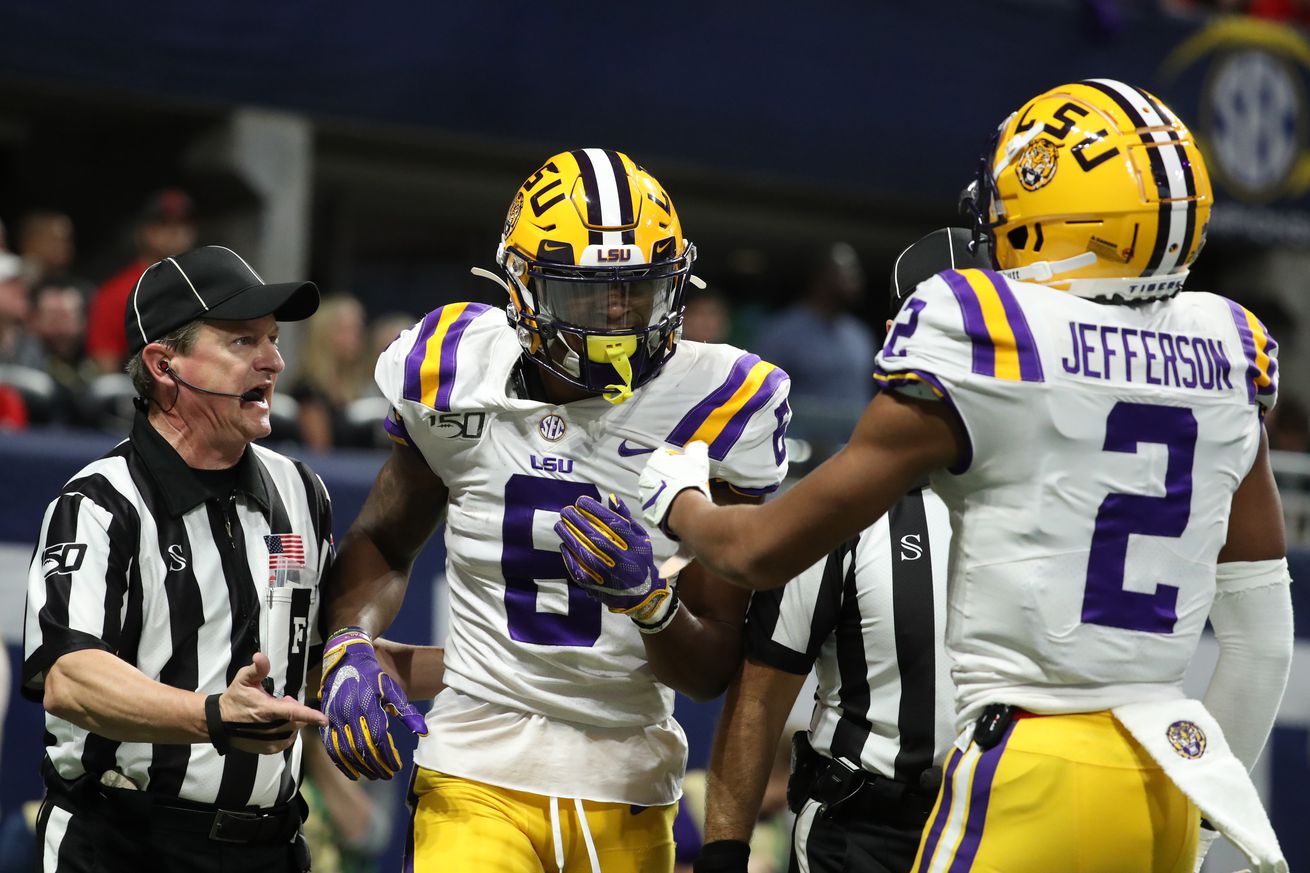 Day three of the Joe Burrow bracket and so far it’s been chalk. Our number one overall seed, Burrow’s epic 3rd and 17 pass to Justin Jefferson against Texas, absolutely steamrolled our play-in winner, Burrow’s screen pass to Terrace Marshall. In fact, 3rd and 17 got literally 100 percent of the vote which some would call a blowout.

Hey speaking of blowouts, today’s matchup of Joe Burrow touchdowns features a pair of blowouts both inside the Mercedes Benz Stadium.

No. 2: Burrow’s 62-yard bomb to Thad Moss against Oklahoma

So at this point, the Peach Bowl is over. Like OVER over. Oklahoma was outclassed from the opening kickoff. Hell, the Sooners even lost the coin toss, but there was still an entire second half to play. Burrow has five touchdowns, and the notion that he could throw for 10 (in a playoff game lol) or that LSU could score 100 (again- IN A PLAYOFF GAME) isn’t that crazy.

This particular touchdown is a complete bust by Oklahoma. Freshman safety Eric Gallegos gives Thad Moss a shove but passes him off to safety help that’s not there. Burrow hits Moss at the 40, he muscles past a Pat Fields tackle attempt and finds the end zone. That capped off a scoring drive that was two, count ‘em two, plays long.

I feel this touchdown is a microcosm for the Peach Bowl. The Sooners weren’t in LSU’s weight class. I’d argue that they weren’t on the same street, city, state, country, time zone, hemisphere, planet or galaxy that LSU was operating on. This was Drago beating Apollo Creed to death in Rocky IV, only if Drago stopped by Apollo’s funeral and continued beating on the casket.

Justin Jefferson’s four scores had a higher degree of difficulty. But I feel Moss’s touchdown was more emblematic of the Peach Bowl. It was absurd how open Moss was; and it was absurd what LSU did to Oklahoma that afternoon in Atlanta.

No. 15: Burrow’s 7-yard RPO to Terrace Marshall vs. Georgia

LSU needed to make a statement in the SEC Championship game to leapfrog Ohio State for the No. 1 seed in the College Football Playoff. LSU made sure to get its points across early and often.

The Tigers have an early 7-0 lead. Georgia squanders a chance for points by missing a field goal and LSU takes possession with just under two minutes to play in the first quarter. Burrow finds Marshall who double-catches a 41-yard pass, setting up LSU at the Bulldog 10. LSU goes tempo, gets an offsides call and, two plays later, Burrow shows a handoff to Clyde Edwards-Helaire, pulls back and hits a wide open Marshall. 14-0 LSU and the rout was on.