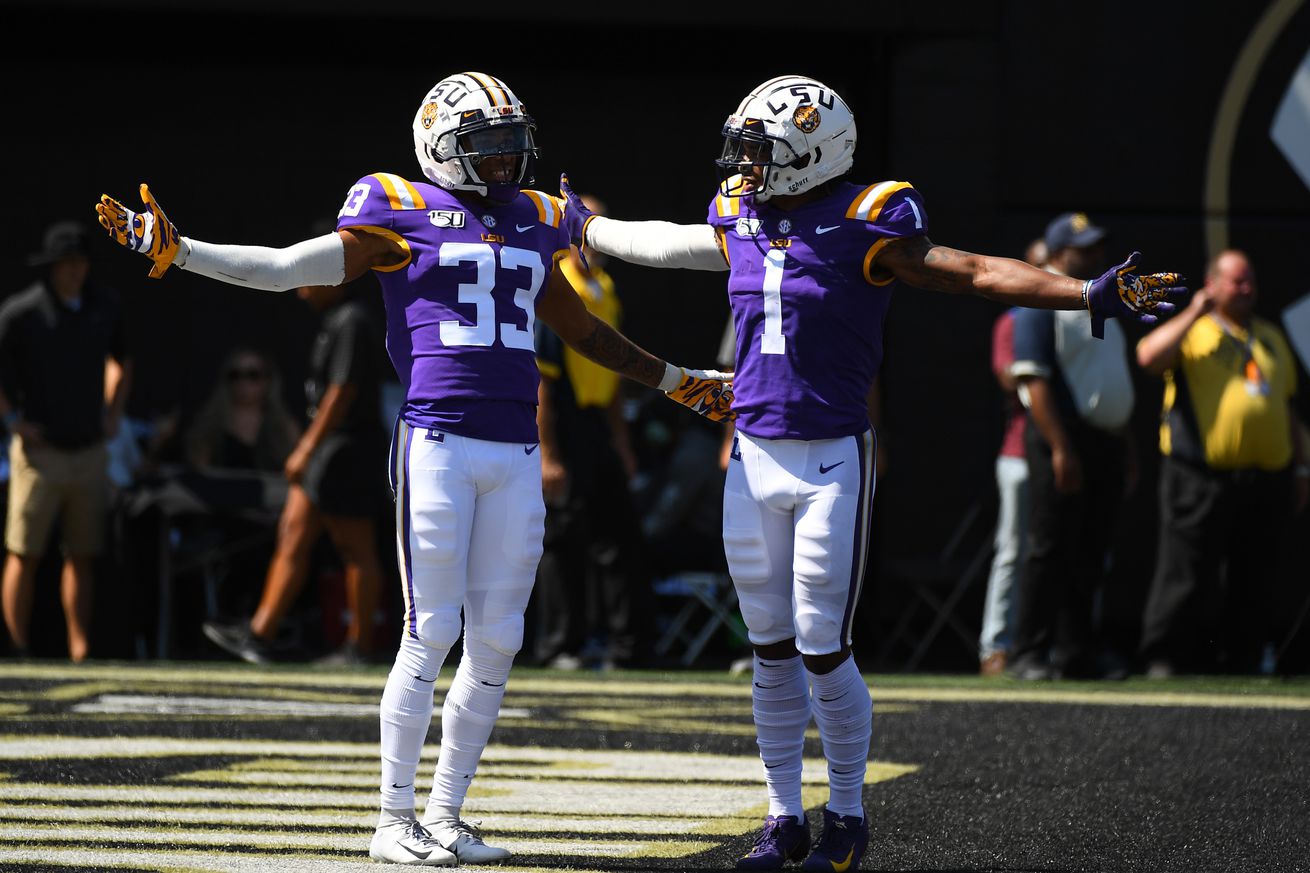 After seven days the Joe Burrow Bracket finally had it first upset. Terrace Marshall’s four-yard slant route in the SEC Championship and the region’s 11-seed, knocked off Ja’Marr Chase’s 61-yard catch and go the six seed.

Today we’re again pitting a pair of Ja’Marr Chase scores against each other. Like yesterday, one came inside the red zone while the other involved Chase having to go more than half the field. Either way, the result is the same: Chase adding highlights to his Bilentikoff campaign.

Hey remember how Vanderbilt drew first blood in this game? Vanderbilt got ball first and immediately find the end zone. Vandy running back Ke’Shawn Vaughn gets 41 yards on his first carry and scores a touchdown seven plays later.

LSU doesn’t blink and immediately scores a touchdown. In fact, the Tigers score touchdowns on its first four possessions. With the game tied at 7-7, LSU only needs one play to take the lead. Burrow hits Chase right as he makes his break and Chase is able to out run the defense the final 50 yards.

LSU-Florida. They don’t like us and we don’t like them. Gameday broadcasted inside the Quad and John Goodman finally made the LSU guest picker appearance we had all been waiting for.

LSU’s promising opening drive has a bitter end when Cade York misses a 44-yard field goal. Florida’s can’t do anything with its first possession, going three and out and losing a yard in the process.

LSU makes sure to find the end zone on its second possession. Clyde Edwards-Helaire electrifies Tiger Stadium by going 57 yards right up the gut. The Tigers go tempo and on the very next snap, Chase gets inside leverage on his man and puts LSU up 7-0. That’s CJ Henderson that Chase beat by the way, a future first round pick in the upcoming draft. Henderson wasn’t the first defensive back Chase would beat in 2019, and he definitely wasn’t the last.