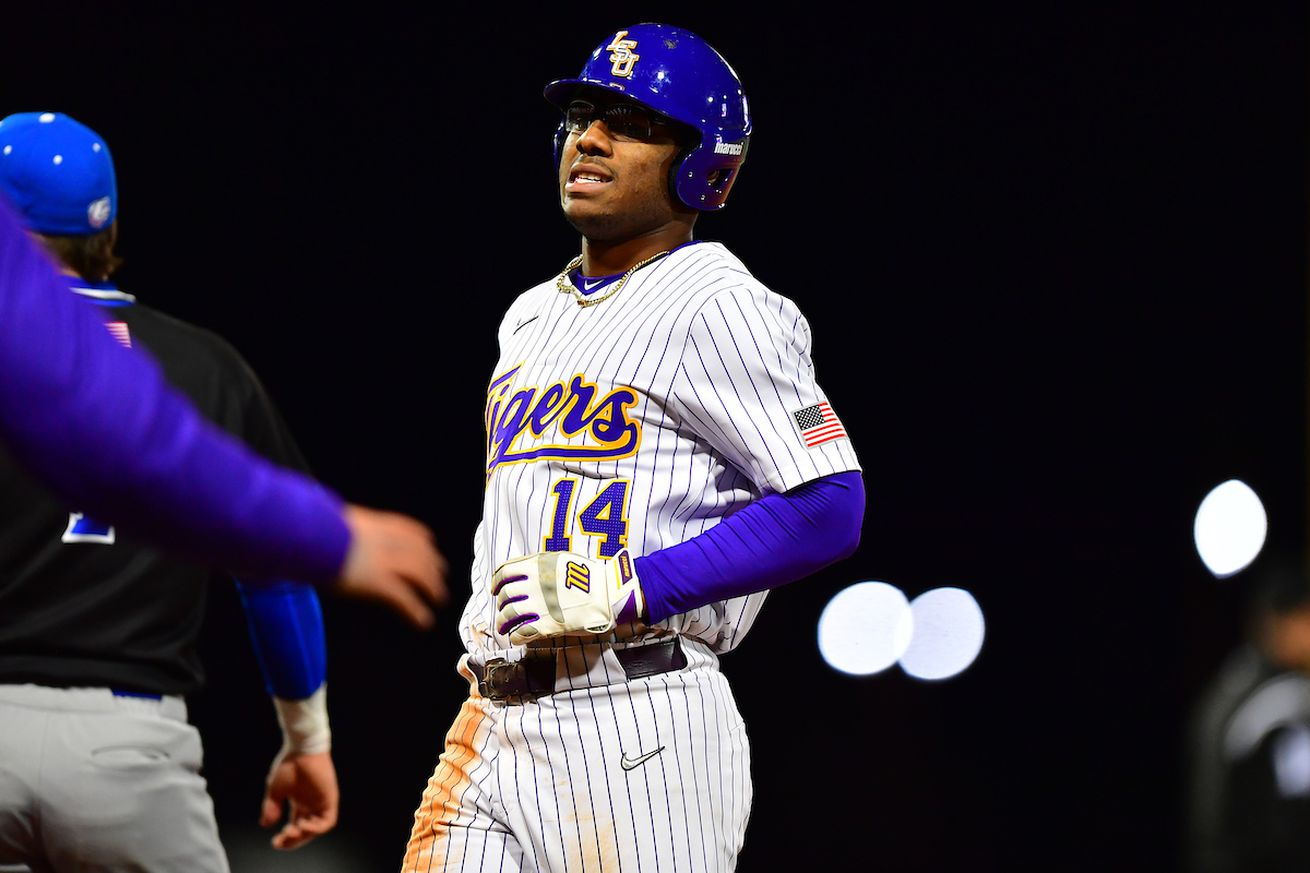 After a midweek loss to Nicholls last week, the Tigers returned to form with a 7-1 win over Louisiana Tech behind some hot bats and solid pitching Wednesday night in a chilly Alex Box Stadium.

“Good solid performances tonight,” said LSU coach Paul Mainieri. “Everything almost went exactly as planned, certainty with the pitching. Everybody did a super job and it pretty much played out exactly the way we would’ve hope that it would.”

LSU used eight pitchers, all combining to allow just five hits, seven strikeouts and one run in the win. Freshman right-hander Brandon Kaminer claimed the win, pitching for two innings with one hit, one strikeout and no runs.

Junior infielder Zack Mathis led off the game first-pitch swinging with a single up the middle and was quickly brought in with an RBI single by sophomore first baseman Cade Beloso to take a 1-0 lead.

Mathis has become comfortable batting in the leadoff spot in the last four games. He finished the night 3-for-5 at the plate.

“I feel like I can be pretty aggressive in the leadoff spot and that’s kind of my game anyway,” Mathis said. “It’s almost simpler for me. I don’t have to wait for guys to get on or come up with two outs or anything. I can just start off right away.”

The Tigers scored three more runs in the second inning, with an RBI double from outfielder Maurice Hampton, who then scored on a Louisiana Tech throwing error, and RBI single from Beloso.

Hampton, like Mathis, has gotten into a groove in the last few games. A safety on the LSU football team, Hampton didn’t start practicing with the baseball team fully until after the national championship.

Tonight, Hampton had the first multi-hit game of his career, finishing the game going 2-for-2 with two RBIs. He added a walk and a hit by pitch to reach safely in all four trips to the plate. Mainieri also praised Hampton for his defensive capabilities in left field, where he chased down multiple fly balls that could’ve fallen for hits.

“It’s not been easy, but the coaches have been working with me and getting work in as much as possible,” Hampton said. “I made up a lot of ground and still have a lot to go.

LSU scored two runs in the third with RBI singles from Hampton and Mathis.

Mathis’ third hit of the night was an RBI triple to give LSU a 7-0 lead in the bottom of the sixth inning.

Louisiana Tech finally got on the board in the top of the sixth inning, when LSU pitcher Eric Walker allowed a one-out single and an RBI double and cutting the Tigers’ lead to 7-1, the score that would hold for the rest of the game.

“I felt more comfortable with our offense tonight, being that it wasn’t just station to station and hope somebody gets a home run,” Mainieri said. “We were able to put a little bit of pressure on the other team and it worked out well for us tonight.”