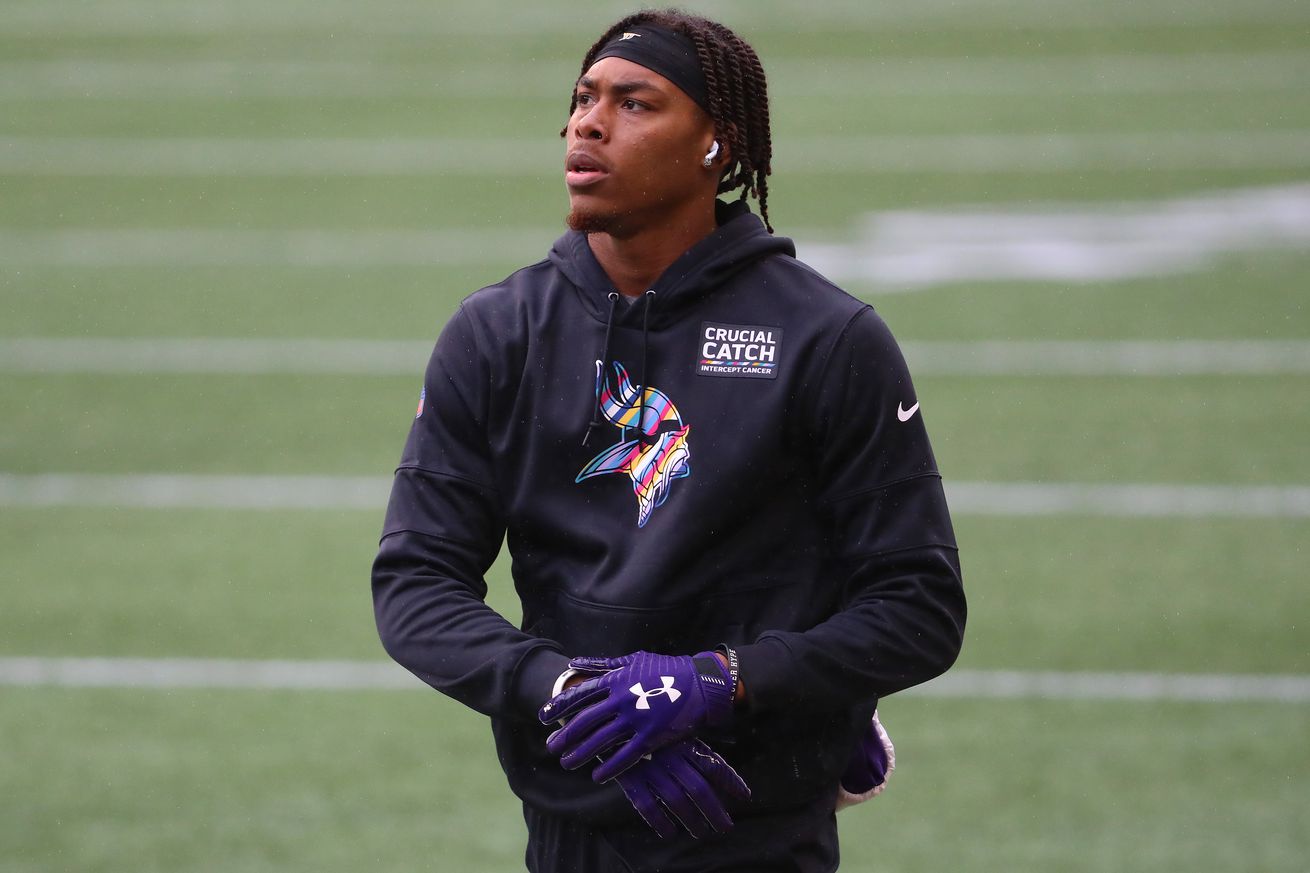 Maybe a scarf too?

It’s bad enough that the Minnesota Vikings are sporting a ghastly 1-4 record, sitting in last place in the NFC North and utterly wasting Jefferson’s strong rookie campaign; now we are halfway through October, the weather is getting colder and for Minnesota that means one thing: snow, something that Jefferson can’t have much experience with.

The weather app on my phone says it’s currently 39 degrees in Minneapolis and the weekend low will creep down to 28. And it’s only going to get worse!

I’ve never related to anyone more in a given moment than this. I’m now working on year two living in Nashville and my first winter here sucked! I saw more snow last December than I had in my previous 26 years on earth.

If winter sucks in Tennessee, I can only imagine what a winter in a legitimately cold place like Minnesota is like. I now own two different vests, four sweaters, a pair of caps, an ice scraper and a thermal shirt.

Justin if you’re reading this I’d recommend getting all those things plus wool socks—don’t forget to keep your feet warm! Also invest in a scarf. I have a promotional scarf courtesy of the Titans, it has a big ole Kroger’s logo on it. Maybe don’t go that route (unless they sponsor you of course).

Winter is terrible as a whole but I must admit I love dressing warm. I am betting Jefferson will also enjoy dressing warm, we’re kindred spirits like that. And who knows maybe Jefferson can use some of the money Odell Beckham gave him after the national championship to buy a nice coat.