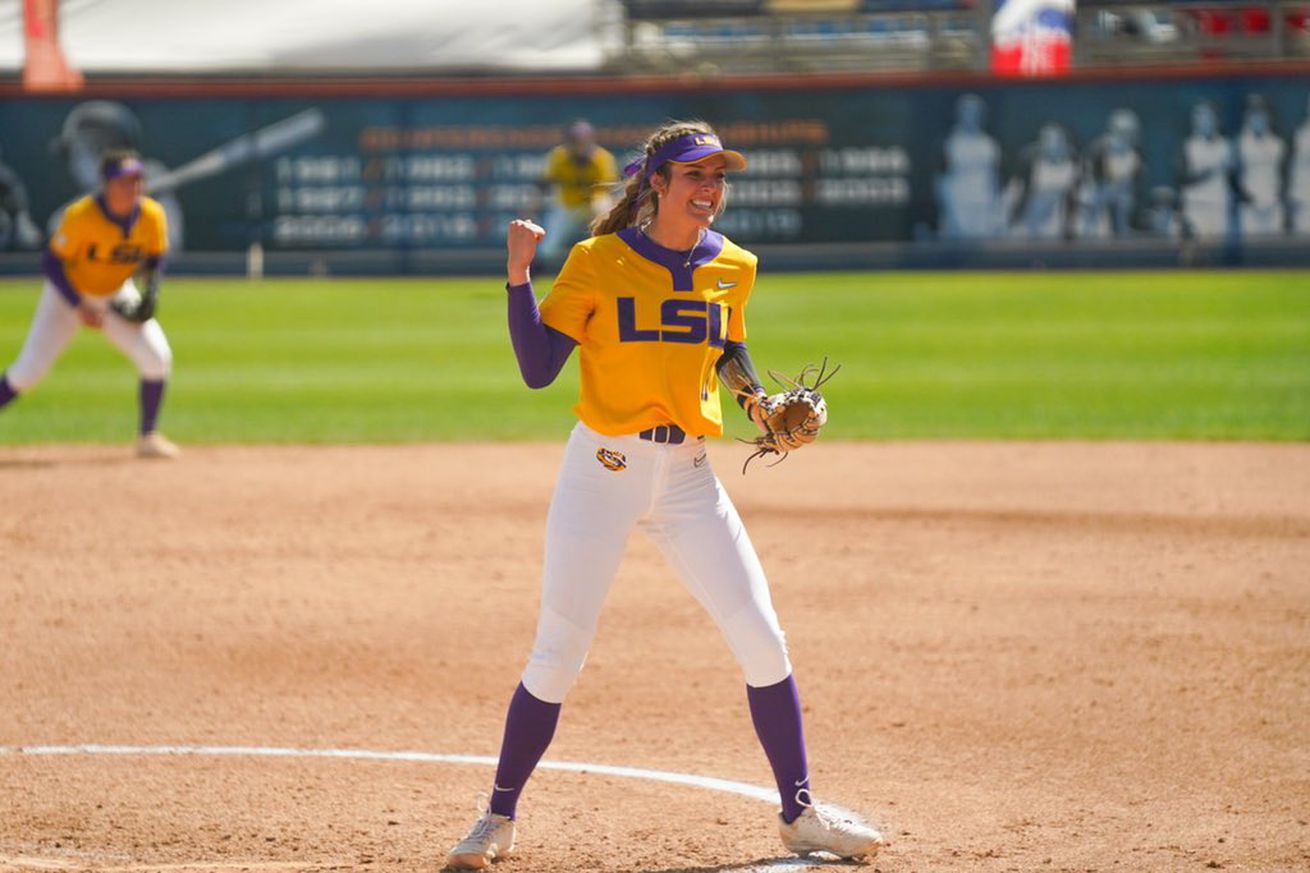 Anchored by another good weekend from the pitching staff, the No.4 Tigers won three-of-five games in California at the Judi Garman Classic pushing their record to 16-3.

The deep staff of the LSU team was evident throughout the weekend with Beth Torina relying heavily on her veterans Shelbi Sunseri and Maribeth Gorsuch. Sunseri had arguably the best start of the series, a complete game one-run performance in the 5-1 win against Cal, where she struck out five. Gorsuch combined for six and two thirds innings over two games striking out a combined five batters. Another strong start came from Shelby Wickersham, who closed out the weekend slate with a seven inning, eight strikeout performance against Colorado state, allowing just an earned run. Sophomore Ali Kilponen was the hard luck loser in the opening game of the tournament. She tossed five and a third innings allowing one earned run on five strikeouts, but the Tigers could not muster the offense in a 1-0 defeat to Loyola Marymount.

Although the Tigers lost two games, they still are the top staff in the SEC, with a league leading .97 ERA and .153 opponents batting average against.

While the Tiger offense was not overly impressive on the weekend, the bigger issue was the defense. LSU’s youth in the field was apparent as the Tigers committed ten errors over the five game stretch, resulting in five unearned runs. The Tigers poor defense was most evident in the 3-1 loss to No. 2 Washington. With the Tigers leading 1-0, two LSU errors in the sixth inning accounted for all three Husky runs.

Results were mixed for the Tiger offense. Limited runs against Washington are expected, not so much against Loyola Marymount. After some early struggles, LSU’s veterans were the top performers of the weekend. Aliyah Andrews went eight-for-seventeen, with a hit in each game, three steals, and four runs scored. Sunseri also had a strong tournament with five hits and four RBIs. Georgia Clark went four-for-12 with four runs scored. Taylor Pleasants had three RBI’s over the weekend.

LSU had its first big injury of the season, losing Taylor Tidwell to a dislocated shoulder. Her replacement Anna Jones would spark the pivotal play in the 6-5 walk-off win over Texas Tech. Jones would line out to Tech shortstop Myami Thompson, who would make a throwing error attempting to double off Clark at third place, allowing Clark to score for the winning run.

The Judi Garman Classic was the big out of conference test for the Tigers, one which they passed but probably not with an A+ performance. Seeing the veterans like Andrews and Sunseri return to form, especially against the best opponents, is critical given conference play beginning in two weeks. Issues defensively will be worth monitoring, though the best solution will likely be reps. There are some platoon options available, though nothing that will provide a definite lock offensively or defensively.

LSU is back in action at Tiger Park for the LSU Round Robin featuring Campbell and Illinois State.