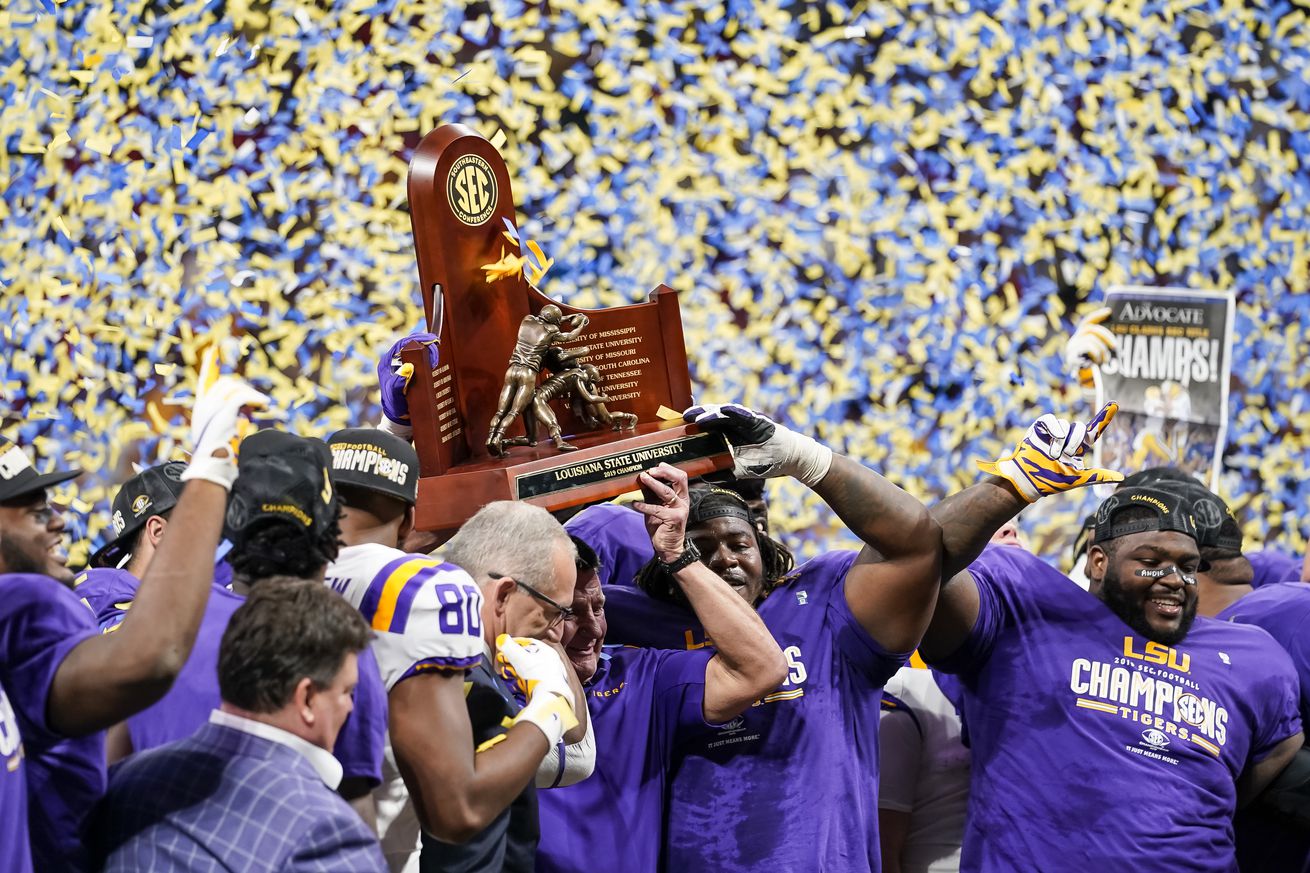 Poseur and I make our preseason predictions for the conference

Our friends at College and Magnolia reached out to us a few days ago asking if we’d want to partake in a project they were working on: getting at least one person from each of the 14 SEC SB Nation sites to pick every game on the schedule and have that serve as our version of the SEC media day preseason polls.

Your LSU Tigers were picked to finish second in the West, just barely edging out Auburn. Funny enough, Auburn actually got more second place votes (five) than LSU did (two). But Auburn was bogged down by three fourth place votes, and a fifth place vote by Arkansas who might I add picked themselves to go 6-4 which…sure.

Alabama was the runaway favorite to win both the West and the conference as a whole. There were 21 participants in this poll and the Crimson Tide was picked to win the SEC by 18 voters. LSU got picked to go 10-0 and win the SEC by one person, but it wasn’t by me or Poseur. No turns out Vandy is the biggest believer in Coach O and Myles Brennan. Thanks Anchor of Gold!

Here’s how Poseur’s picks played out:

And here’s what my picks resulted in:

So Poseur and I were pretty much in lockstep. We both had Bama winning the conference and going 9-1; He has LSU finishing a little bit better than I do: 9-1 with the one loss coming against Florida, while I had LSU going 8-2 with losses to Alabama and Florida.

We both had Ole Miss/State/Arkansas bringing up the rear in the West, and Carolina/Mizzou/Vandy doing the same in the East. He’s higher on A&M than I am, while I am higher on Auburn than he is. We picked Arkansas and Vanderbilt to win a combined ONE game and honestly that feels high. Also apparently I picked a 10-0 Florida? Boy sure would be a shame if that prediction blew up in my face and the Gators lost a game on, I dunno, October 17.

POSEUR: The funny thing is I made the picks blind, and didn’t keep track of win-loss records as I went along. I tried to make Tennessee my team of chaos, giving them big upset wins (like Florida) and stupid losses (like Vanderbilt). I’m probably grossly underrating Auburn, but you know… screw Auburn. I didn’t really mean to make them 5-5, though.

But I do see the SEC as existing on two tiers, and the top tier is only getting stronger: LSU, Bama, Georgia, and Florida are charter members of the club. A&M will likely be in the gang this year and Auburn wildly fluctuates in and out of the top tier. A&M being up this year probably hurts their chances the most. And of course someone from the East bottom tier will step up, and I’m hoping its Tennessee as my agent of chaos. Beat Florida. Lose to Vandy. It would suit this year perfectly.

I did mean to give LSU a second loss. Oops.