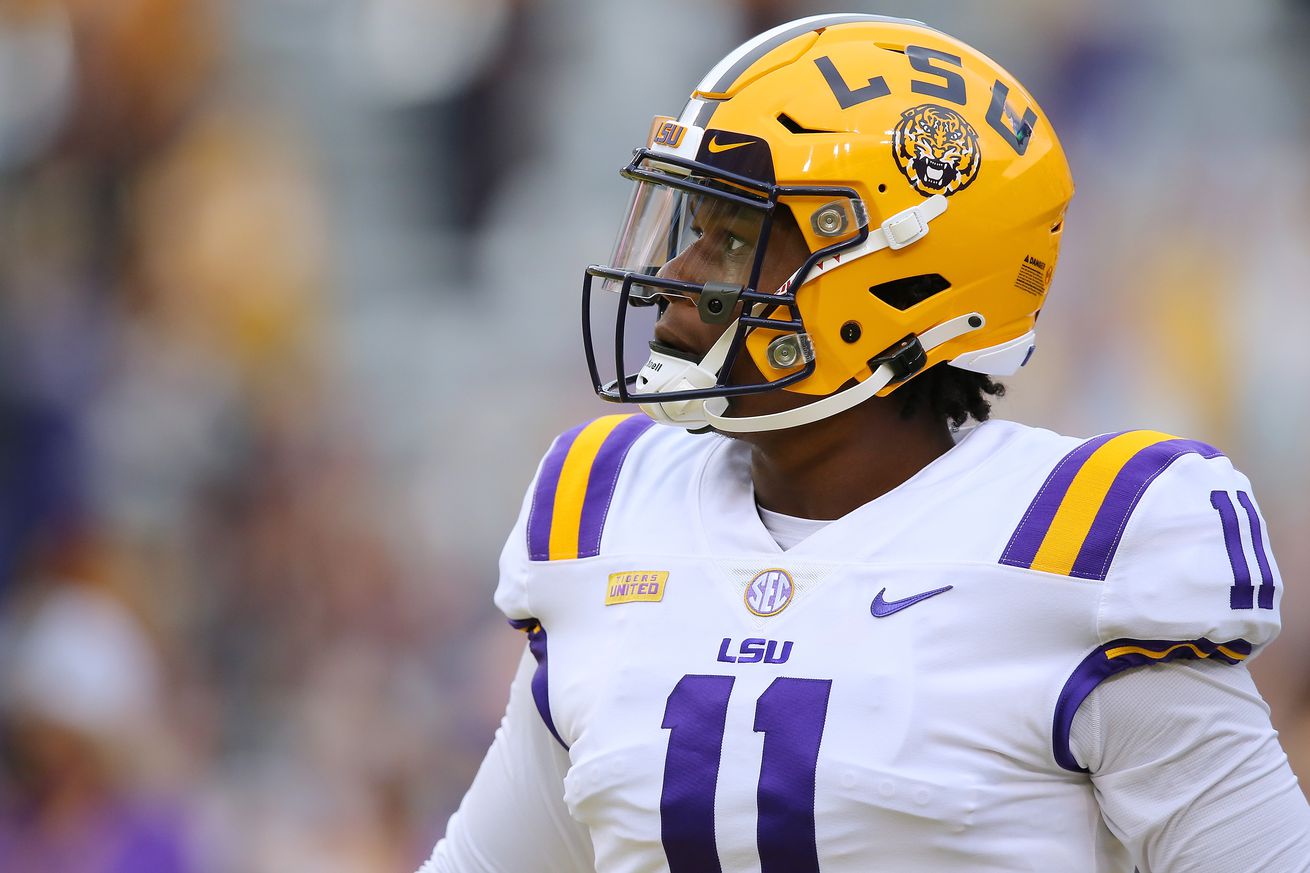 Welcome to SB Nation Reacts, a survey of fans across the NCAA. Each week, we send out questions to the most plugged in LSU Tigers fans, and fans across the country. Sign up here to join Reacts.

“Boy I tell you, I always knew TJ Finley would be the greatest quarterback to ever walk the planet,” I said to myself after picking South Carolina to beat LSU.

This week’s confidence data came back to me and folks according to you all LSU is BACK BABY.

LSU’s always been a quarterback school, everybody knows that. Y.A. Tittle, ever heard of him? Jamarcus Russell was picked first in the 2007 NFL draft. Danny Etling was certifiably #good. And Joe Burrow is the reigning Heisman trophy winner.

But we don’t even have to live in the past like Texas or Southern Cal because in the here and now, LSU has TWO good quarterbacks. Think of all those other schools who only have one! What a bunch of peasants, couldn’t be my team!

All hail TJ Finley, long may he reign.