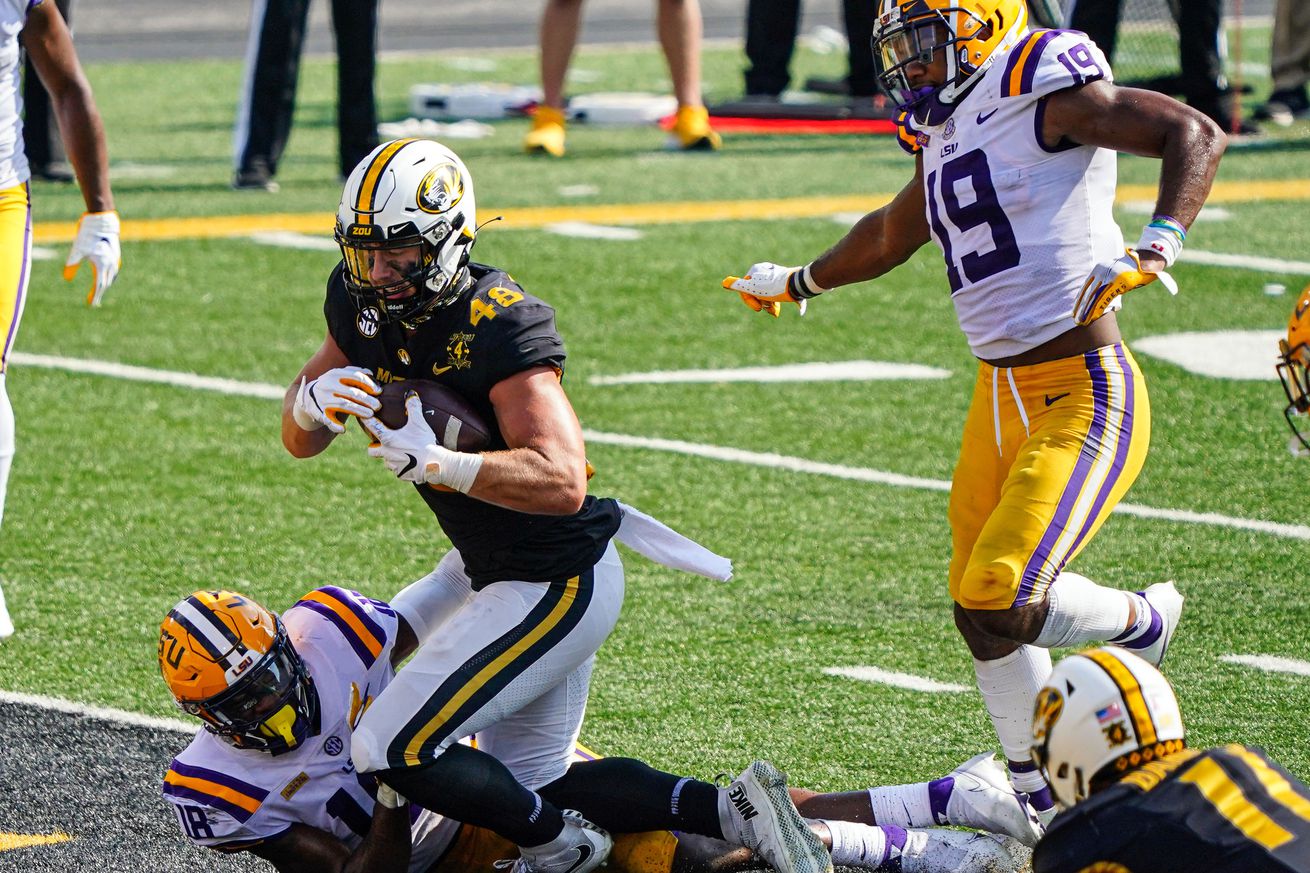 Welcome to SB Nation Reacts, a survey of fans across the NCAA. Each week, we send out questions to the most plugged in LSU Tigers fans, and fans across the country. Sign up here to join Reacts.

You, our beloved readers of And the Valley Shook, have made your voices heard loud and clear in this week’s reaction poll: y’all think this football team ain’t very good and only 36 percent of voters are confident in the team.

Look at that decline! I didn’t have the reaction data for confidence after the Vanderbilt game, but 92 percent of you said you felt good about LSU after their 41-7 drubbing of the Commodores. The offense excelled, the running game was strong, and the defense didn’t surrender a billion yards like they did against Miss State so we convinced ourselves “they fixed it!”

Well…turns out they didn’t. Last week against Missouri the offense failed on four tries to score from the one-yard line with the game on the line, the running game was nonexistent and the defense…oh man the defense.

DBU surrendered 408 passing yards to redshirt freshman Connor Bazelak while the front seven was gashed for 118 yards by Mizzou running back Larry Rountree III. The defense has surrendered a school worst 96 points through three games, LSU is off to its worst start since 1994 and the Tigers are offering up the worst title defense in nearly a decade.

Other than that, how was the play Mrs. Lincoln?