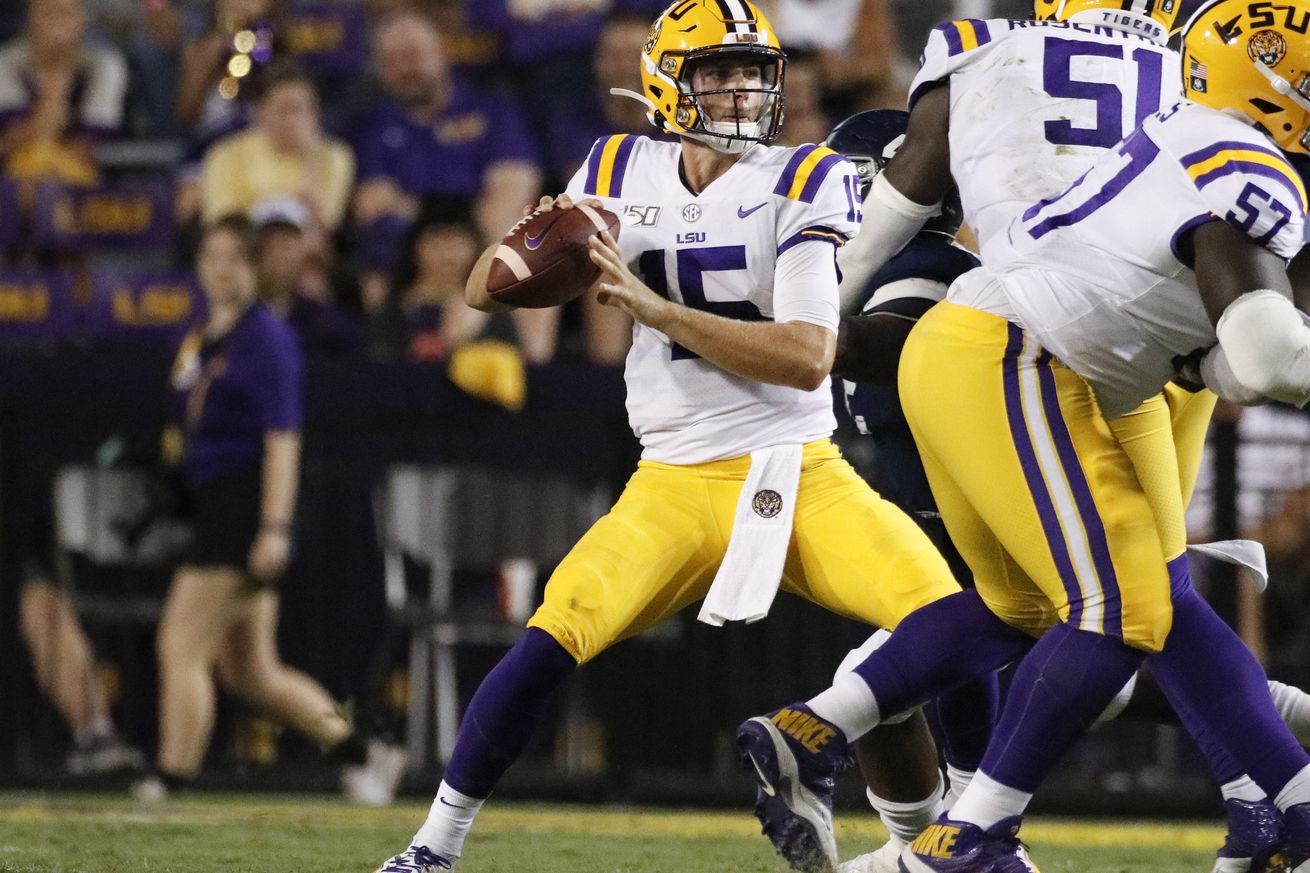 Despite replacing countless starters and coaches from last year’s championship squad, the 2020 LSU Tigers picked up right where the 2019 team left off.

LSU routed the UTSA Roadrunners 62-10 in front of 100,849 fans packed in to Tiger Stadium to see a championship banner raised and an ass-kicking of a football game.

Myles Brennan completed 21 of 28 passes for 264 yards and three scores. It will take a few more games for the public to crown him a worthy successor to Joe Burrow, but he made the throws necessary.

“We’ve known since January when Joe walked off that Superdome field that Myles was the next man up,” coach Ed Orgeron said in his postgame press conference. “He’s worked three years for this moment, and you saw the result of that hard work out there tonight.”

Ja’Marr Chase showed why he was given the storied No. 7 journey as he racked up 110 yards and two touchdowns on just seven catches. Terrace Marshall Jr. and Racey McMath also shined, with the latter catching the third of Brennan’s scores.

But if you want to talk about balance, the LSU running game should be mentioned.

…all found the end zone. While Curry and Davis-Price had more carries, Emery had the highlight of the night with a 62-yard breakaway run through the heart of the Roadrunner de-

What the hell was that??

An orange portal of light appears and a slender man wearing a red cloak saunters through.

My name is Doctor Stephen Strange. It appears the story you are writing has been sent through the multiverse and is being read by people in an alternate reality.

What? I don’t know who that is. Look kid, this story is extremely dangerous. It may seem like you’re just writing about an ordinary football game, but you never know what’s happening in other realities. The reality you live in might seem more desirable to others. Somebody may wish to live in the world you are describing and could take world-threatening actions in an attempt to make it so.

I get that, but it really is just a regular football game. I know there are “infinite universes” or whatever, but I doubt there’s one where LSU actually loses to UTSA! How desirable can this reality be?

Strange activates the Time Stone and gazes into the Multiverse

There is a reality out there where a pandemic from a disease called COVID-19 has thrown the entire world into chaos, sports included. Half of college football has canceled the season, and the ones that are playing are doing it in front of no fans. Also Ja’Marr Chase and Tyler Shelvin have opted out of the season.

Holy shit that’s terrible! Geez… I’m sorry I doubted you, Mr. Cumberba- I mean Strange. I’ll be careful to try and keep my articles from leaving my own reality.

Good. You better make sure you avoid that reality. You don’t want to let COVID-19 spread from their reality to yours. Things are pretty bad over there. COVID-19 is one of many problems that reality is facing.

Is Texas back in that reality?

Ha! Of course not! It’s not that bad over there.