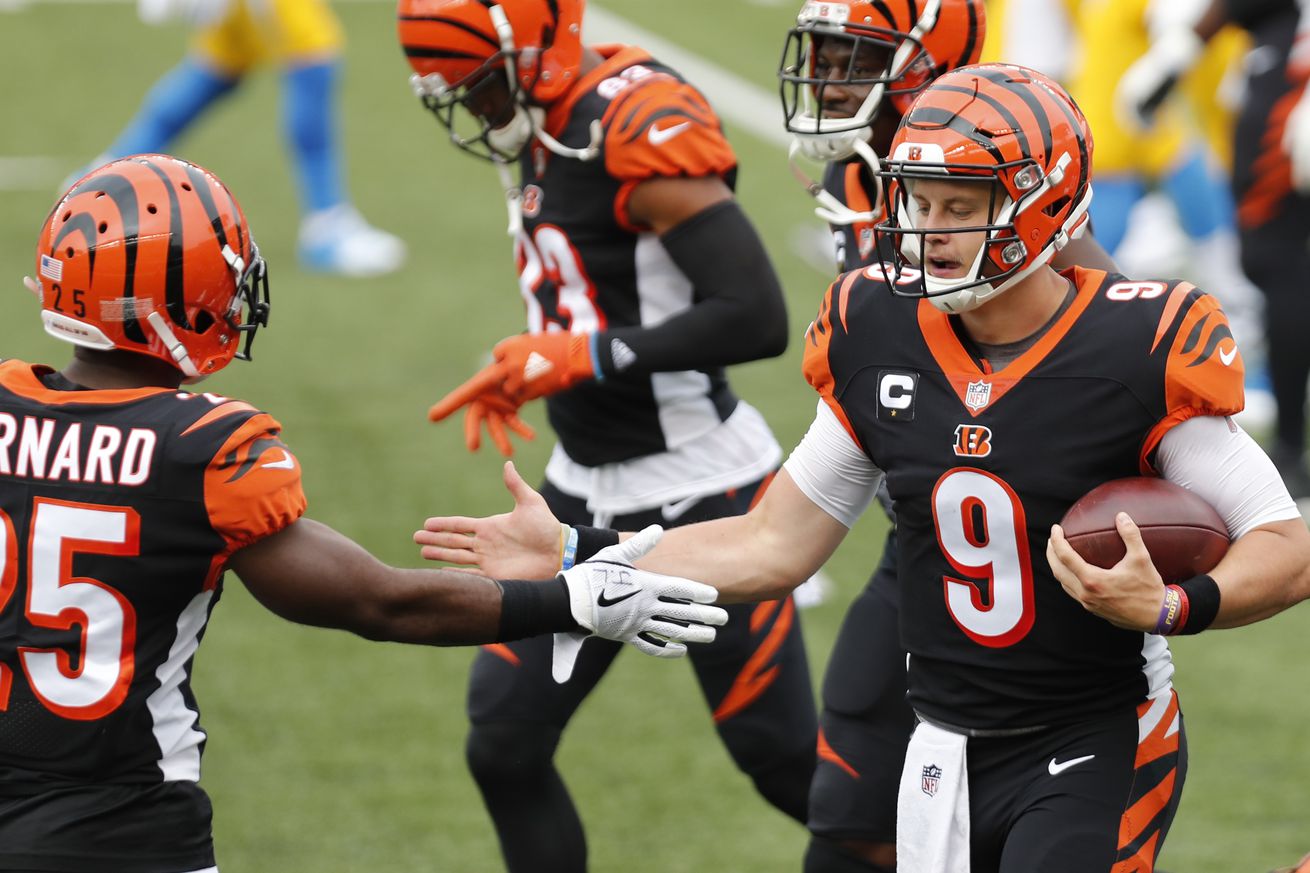 Week 1 of the NFL came and went. We learned a lot. Most LSU fans had their eyes on the Bengals-Chargers game to see the meeting of an unstoppable force (Joe Burrow’s incredible football abilities) and an immovable object (the Bengals being a massive shitshow).

Last week the Bengals’ constant ineptitude proved to powerful for Burrow’s late-game heroics to overcome. Tonight we get to see if they can bounce back.

Last week I said every Browns game will be an automatic 6 and Bengals games are an automatic 8. So why is this matchup not a 14? Well Greedy and Phillips are out with injuries, while Landry is questionable. Also both of these teams looked like ass like week.

But the fact that we get to see Joe Burrow, Odell Beckham Jr. and (hopefully) Jarvis Landry on the same field… that is tight. If you don’t have NFL Network, borrow a friend’s YouTube TV password. This is one of only two times we’ll get to see Joe Burrow in prime time this year. Watch this.

I thought it was an NFL rule that Titans-Jags had to be on Thursday Night. Now it’s at noon? That’s weird. Either way, not a bad LSU game.

The Bucs’ trio of Tigers is great because one is on defense, one’s on offense, and the other is the special teams captain. Once Leonard adjusts to his new team, there will likely be a Tiger on the field for almost every snap there the Bucs are on the field.

It really is so cool that Lloyd Cushenberry is a starting center already. Not cool enough to make this game super compelling though.

I still can’t believe multiple people thought the Rams’ BONE colored uniforms were an actual good idea. Uniforms shouldn’t be that hard yet here we are.

Kwon Alexander racked up 9 tackles last Sunday, but still had the unenviable task of playing against Kyler Murray. A Twitter search of his name shows very different responses on his outing from LSU and 49er fans.

I once again regret to inform you……… skol.

Did y’all hear that Big Ten football is back? That shit is hilarious. But I would much rather watch Michigan-Wisconsin than this.

La’el is injured, so this one takes a hit. Please don’t make me talk about the Falcons and Cowboys more than I have to.

It’s been so awesome to see Patrick Peterson still playing a high level for the team that drafted him, even as they rebuild for a third time during his tenure. Rashard Lawrence played 14 snaps last week, but did not record a tackle. Still great to see him get playing time early on.

Having both Kyler Murray and DeAndre Hopkins is a compelling reason to watch any Cardinals game this year because those two guys are must-watch television. While that is true, I should mention that those two players went to Oklahoma and Clemson, two schools that lost to the LSU Tigers in the 2019-20 College Football Playoff. Just felt like I should mention that.

Patrick Queen is all alone here, but he did have himself a hell of a game in his NFL debut with 8 tackles, a sack, and a forced fumble. I think the anger over the Saints passing on him is an overreaction because the Saints’ O-line was a bigger need and they got a solid LB Zack Baun in the 3rd round, but Baun was a healthy scratch while Queen did… that. But it’s only been one game, so I will not yet admit defeat.

I think a lot of people expected the favorite for Offensive Rookie of the Year to be the playmaker from LSU. After 1 week that is true because the current favorite is… Clyde Edwards-Helaire???

But really, what a Week 1 for Clyde. The defending Super Bowl already had great value with their trio of Tigers, but Clyde’s stellar opening means we should tune in every chance we get.

It’s a shame we only got one year of Cam Newton at Auburn. He would have been a perfect LSU villain the same way he was for the Saints. This matchup made me imagine if we somehow got a night game in Tiger Stadium where Cam Newton is quarterbacking Auburn and Jamal Adams and Arden Key are leading the LSU defense. Can’t happen for multiple reasons, but damn that sounds electric.

Remember when some people floated the idea of Jon Gruden coming to LSU in 2016? I desperately want to see what that reality looks like. Anyway, this is the first home game for the Las Vegas Raiders. Did you forget they’re in Vegas now? Here’s your chance to remember. Also we might be watching LSU play a game there real soon…

Scott Woodward drops a vague hint at a neutral site game in the future:

“There happens to be a new stadium in the NFL being built, and that would be a great place to play a neutral site game.”#LSU

An LSU game in Vegas needs to happen for several reasons, but if it comes at the expense of our currently scheduled trip to the Rose Bowl next year that will be extremely unfortunate.