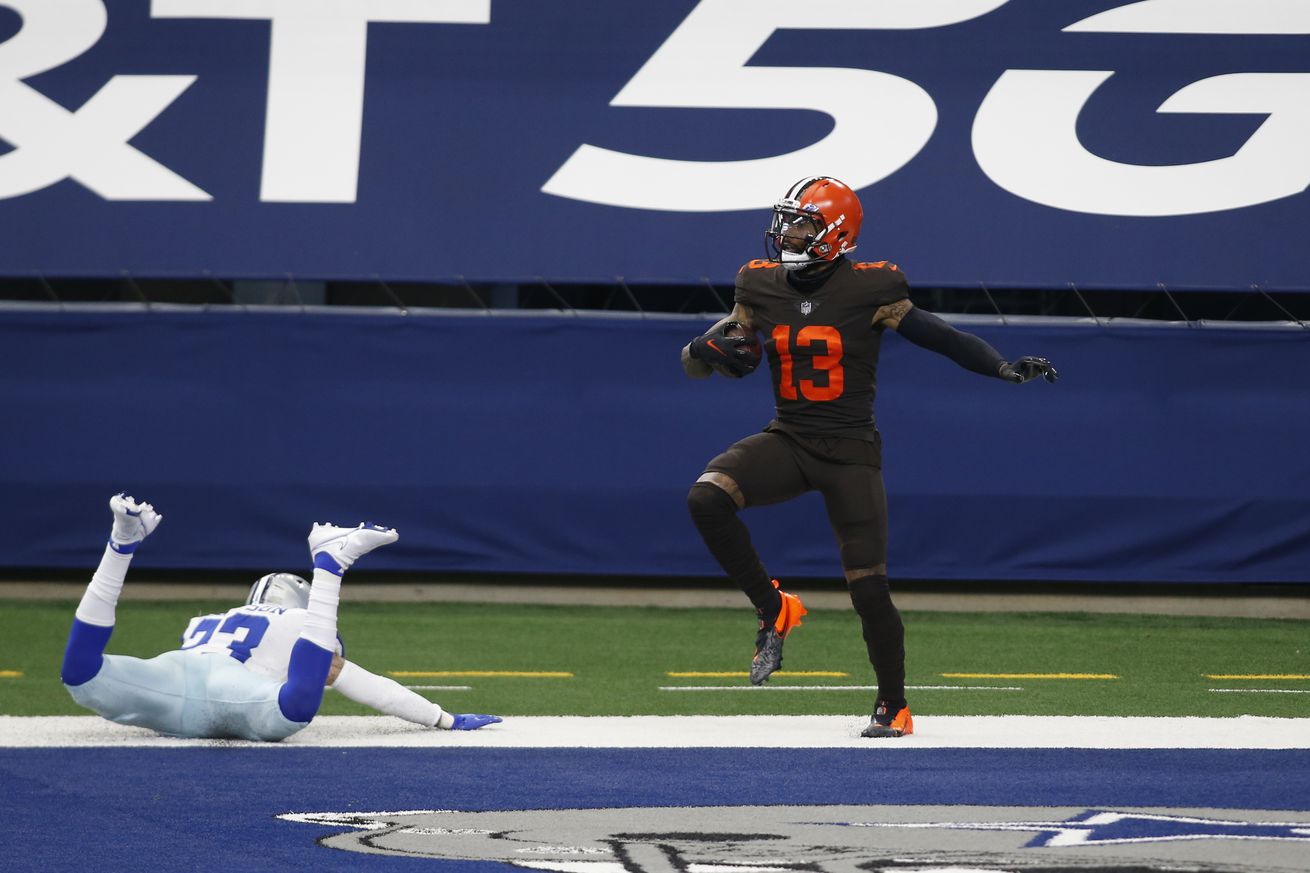 What a week for the Tigers in the NFL. The headliner was Joe Burrow finally winning his first NFL game. Perhaps more importantly, he was only sacked once. All things are possible.

Odell Beckham Jr looked like a version of himself we haven’t seen in years, while Clyde Edwards-Helaire, Justin Jefferson, and Patrick Queen are establishing themselves as the best rookies at their positions. What do they have in store for us this week? Let’s take a look.

Fournette is doubtful, so this loses points, but Devin White is playing out of his mind right now. If Fournette is a go, it’s a pretty easy call for a primetime game.

Julio Jones and Calvin Ridley seem to be dealing with injuries every week. The Russell Gage WR1 Era is upon us.

The DJ Chark WR1 is here for good. It’s incredible how much he alone improves this Jags offense.

Last week Tyrann Mathieu scored the second defensive touchdown of his NFL career. Nature is healing, life is beginning to resume normal function. This is a great sign folks.

Also, there’s a lot to like from this game.

While we’re on the subject…

Jarrett Stidham has thrown six career passes in the NFL. Two of them are interceptions returned for touchdowns by former LSU DBs.

Sure the Cardinals lost on Sunday, but Patrick Peterson got an interception and Rashard Lawrence got his first career tackle! Keep it up and Cards game could see some higher scores pretty soon…

This game is also in serious doubt, but Fulton is currently on the COVID List, so he probably won’t play either way. Sooooooo oh well!

Too many other good options to focus on this one.

Looking at a snapshot of this game in 2019 would probably be the most mind-blowing. The Washington Football Team? Bone-colored uniforms? No fans at FedEx Field? Actually that part’s not super unusual.

They did it. The mad lads finally did it.

As if this one play wasn’t enough, Beckham had his best game in four years and Jacob Phillips made a key fourth down stop. Greedy has still been dealing with injuries all year, but if he gets back and sees significant playing time, Browns games are must-watches no matter who the opponent is. Considering the rest of the afternoon slate, this one practically is.

La’el Collins was officially ruled out for the rest of the season, which is the only reason I’m listing here this time. From this point on he won’t be on here. Sooooo yeah this game sucks.

This the third straight year these teams have played in Seattle, and all three have been in primetime. Sure, man. Anyway Adams being out sucks but this is still pretty solid.

The Saints are definitely reading this series and trolling me. They cut Will Clapp after I called them out for only having him on the roster to have an LSU player. Then they re-signed him right before Sunday’s game! Those cheeky bastards.

Also on Saturday Zach messaged me that the Chargers signed former LSU WR Tyron Johnson to the active roster and wondered if that counted. I told him I’d include him as a joke. But then what did the dude go out and do on Sunday??

Tyron Johnson did this at Warren Easton. Did it at LSU. Did it a ton at Oklahoma State. And now, with the Chargers #BoltUp pic.twitter.com/62ZOJVSdLO